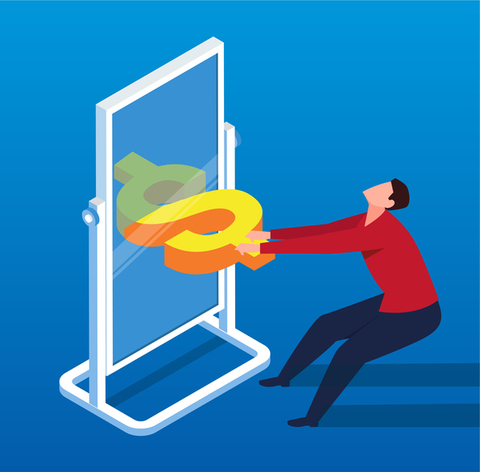 The best CFO approaches to cost management deliver up to a 7 percentage point return on invested capital premium since 2010, said Gartner which released findings of a new study of  long-term value creation in more than 1,000 of the world’s largest companies by market capitalization.

“Company costs have increased faster than revenue since 2013, creating a profitability gap that has not been filled even as earnings have improved from their 2014 slump,” said Jason Boldt, director at Gartner. “The choices CFOs make about how to allocate resources to pursue growth and how to cut costs show quantifiable differences to returns on invested capital.”

“On average, 81% of a company’s costs are defined by the industry they are in, the remaining 19% are largely determined by executive decision-making, and this is where high-performing CFOs — who deliver the best return on capital — are making their impact felt.”

The four “cost anchors” that drag down your earnings

According to Gartner, there are four key “cost anchors”—or negative management behaviors that drag down earnings.

Gartner suggests the following remedies that address each of the four cost anchors.

A mix of rolling forecast, driver-based budgeting and zero-based budgeting provides CFOs with a clearer analysis of the relationship between costs and revenue, the firm added.

Cost equivalence is the perception that all costs are the same. In this case, companies should separate costs into transactional and value-add categories.

Companies can update their cost model approach by using a service-based view of costs.

However, fewer than one in three companies Gartner studied exhibit any of these positive behaviors.

Here are the practices that CFOs should implement, according to Gartner:

Encouraging transformational bets. Companies with this positive cost management behavior have mapped their previous investment and clearly categorize between transformational and iterative bets.

By doing this, CFOs can better decide how to allocate funds to transformational bets that will have the most impact on achieving the company’s overall investment criteria.

This uncertainty-reduction process gives management teams an edge on competitors in taking on risky growth bets with more confidence.

Detecting early cost warnings. Most companies don’t have a clear mechanism to flag when costs are likely to spiral out of control.

Cost leaders in this area operate from a forecast model that identifies cost headwinds and tailwinds, which can be assessed on a quarterly basis, and considers factors such as foreign exchange rates; selling, general and administrative (SG&A) costs; pricing; volume; and productivity.

Rapid reallocation from losers to winners. Reallocating funds from losing to winning projects can have a very positive effect on overall company performance, but only 15% of companies actively manage projects in a way that makes this possible.

An in-progress initiative review can provide the data needed to make such decisions.

Evaluating projects that are in progress—based both on current performance and leading indicator trends—can help CFOs identify opportunities to provide additional capacity and funding to projects that are outperforming.