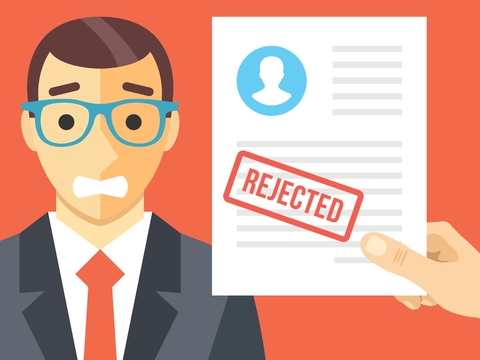 In the perennial rivalry between Asia’s major business and financial centers, Hong Kong is falling behind Singapore in terms of a crucial corporate requirement: opening a bank account.

A survey by the Hong Kong Institute of Chartered Secretaries finds that 40% of the 431 members it surveyed believe that it’s more difficult to open a bank account in Hong Kong than in other jurisdictions.

“Many respondents mentioned Singapore as the jurisdiction of choice for themselves or their overseas clients,” says the Bank Account Opening Survey report released in July. Other jurisdictions mentioned as better than Hong Kong in bank-account opening include China, Dubai, India, Switzerland, Taiwan and the UK.

The majority of the respondents open business accounts for their own businesses as well as for their clients, being business owners or working in trust and company service providers.

The Hong Kong Institute of Chartered Secretaries says existing bank customers are less likely to encounter problems when opening additional bank accounts. “However, if you are a start-up, small and medium-sized enterprise and/or a foreign customer, you are more likely to experience difficulties”

Among the findings is that start-ups, SMEs and foreign customers experience the most difficulties, along with non-government organizations, home-office businesses and companies with complex shareholding structures involving a number of beneficial owners.

Balancing due diligence and inclusion

The Hong Kong Institute of Chartered Secretaries says existing bank customers are less likely to encounter problems when opening additional bank accounts. “However, if you are a start-up, small and medium-sized enterprise and/or a foreign customer, you are more likely to experience difficulties.”

It notes that banks have been on a de-risking exercise to comply with customer due diligence requirements that address risks around money laundering and financing of terrorism activities. That has apparently caused difficulties in opening new accounts.

However, the Hong Kong Monetary Authority has also issued a circular making clear it expected banks to continue with financial inclusion, “meaning bona fide businesses should have access to basic banking services,” says the Institute, which adds that the de facto central bank has observed “disproportionate” customer due diligence measures resulting in “many unsuccessful account opening applications and/or unpleasant experiences.”

“Accounts have been opened in Taipei and UAE very quickly after presenting all required documents in one bundle. This is simply not possible in Hong Kong at the moment”

The HKMA says it has engaged with various stakeholders, gathered details of specific incidents related to difficulties around bank account opening, and followed up with the banks. It has told financial institutions not to take a one-size-fits-all approach, and instead follow a risk-based approach that differentiates the “risk levels of individual customers in accordance with their backgrounds and circumstances.”

It also requires banks to institute a review mechanism. But the Institute’s survey finds that 60% of respondents are unaware that such a review mechanism has been established. Only 12% actually tried the bank’s review process.

“Responses of those who are aware of the review mechanism, or who had actually tried it, were similar,” reports the Institute. “It seems there is not much confidence in the process and there is a general sense of frustration and cynicism.”

The survey also suggests that other jurisdictions are doing much better job at balancing due diligence with inclusion, which has implications on Hong Kong’s status as a business and financial hub. “Accounts have been opened in Taipei and UAE very quickly after presenting all required documents in one bundle,” the report quotes one of the respondents. “This is simply not possible in Hong Kong at the moment.”

The HKMA says the difficulties “do not appear to be an industry-wide issue,” a position that is contradicted by the findings of the Institute’s survey. The Institute concedes that “it is hard to quantify what business opportunities Hong Kong is losing” because international businesses “vote with their feet.”

But it warns: “A resounding 68% (294) of respondents believe Hong Kong has been losing business opportunities because of the bank account opening difficulties.” That should be a wake-up call for the HKMA and everyone else in the city that wants to see it succeed.