The Greenfield CFO: When Finance Starts From Scratch 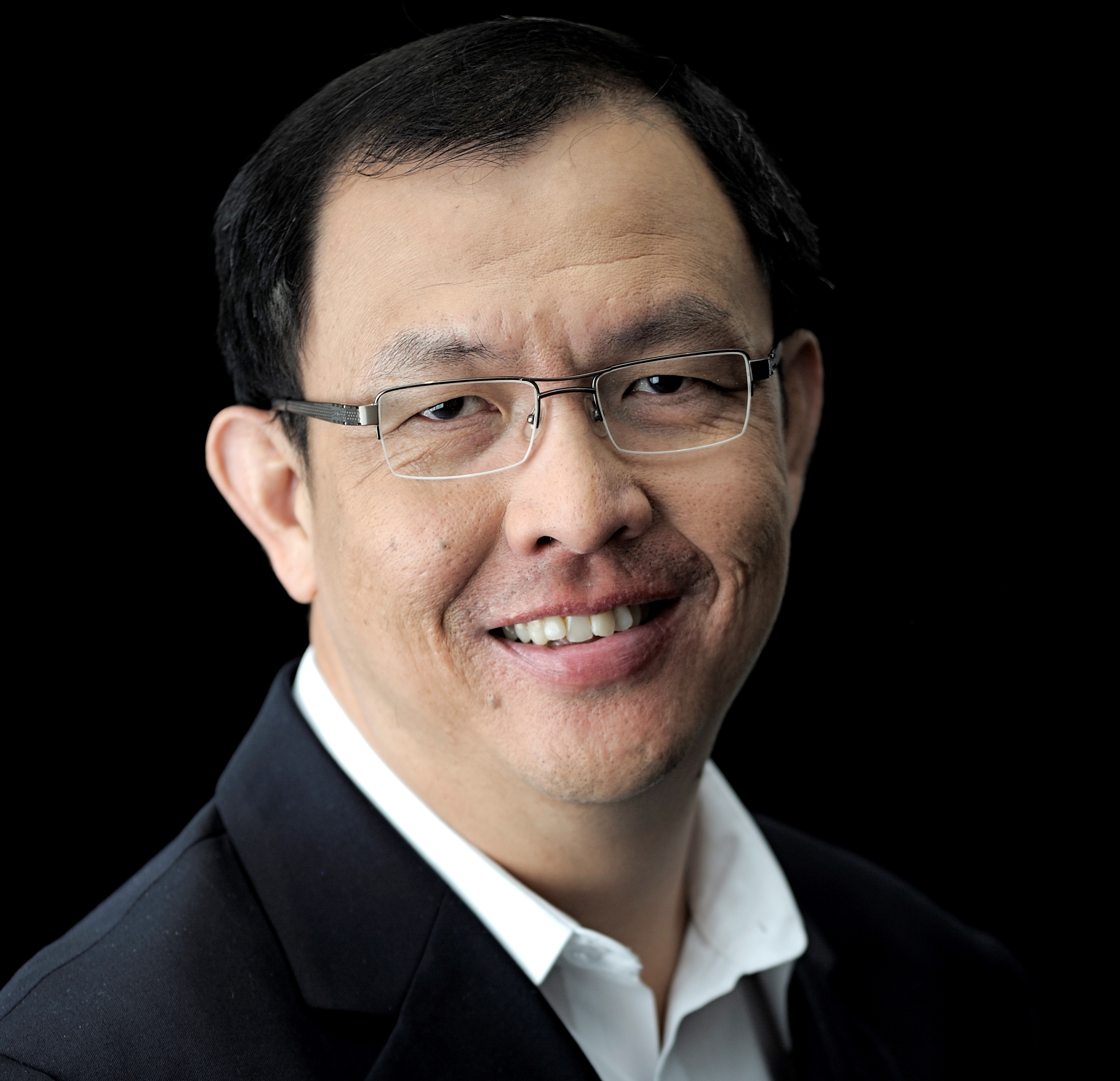 When you take charge of the coffers of top-tier companies like the Four Seasons and Fullerton hotels in Singapore, as James Lee has done, you expect to be able to tap systems and processes that make financial management run a bit more smoothly.

In each of these projects, Lee helmed finance from the start, managing capex and controlling costs as the respective hotels were conceptualized and subsequently began operations. But as established brands, there were some standard operating procedures that were available to guide him and his team.

Now Director of Financial Services at new Singapore property South Beach Hotel, Lee is facing what he calls his most challenging job to date. He has his hands full making decisions on how best to allocate budgets for technology, financial systems, marketing, human resources and other areas – without the advantage of precedents.

“The Four Seasons was predictable,” says Lee, who was interviewed at the ACCA Singapore Annual Conference 2014. “Everything from the interior design of the rooms down to the hotel’s amenities had been decided upon by the hotel chain, but that is not the case with South Beach.” Much more creativity is needed to get this “concept hotel” up and running.

The 654-room South Beach Hotel is unlike any project Lee has been involved with in the past. It is a joint venture mixed-use commercial and residential complex backed by Singapore property developer City Developments and Malaysia’s plantation-based conglomerate IOI Corporation Berhad.

In Lee’s own words, the hotel focuses on functioning as the “Third Space” for guests, given that offices, shops and residences share the same space along Beach Road in Singapore’s core downtown area. One of the aims is to create various unique experiences for individuals so they utilize the social setting of a common area while still enjoying the privacy afforded by personal space.

“We want to cater to young travelers’ preference for less formality and yet avoid having baby boomers feel out of place,” says Lee, adding that much thought has gone into technology investments at South Beach Hotel. “What we need to achieve is a delicate balance, empowering guests with self-service options while ensuring they don’t lose the human touch.”

The challenge associated with creating a concept to lead the market means Lee and his team will be occupied finding creative ways to mitigate the risk from fast-moving trends. Unlike bookstores or hawker stalls whose concepts can be altered quite easily, hotels are long-term investments, Lee says. Any oversight with regard to future-proofing would result in stakeholders having to deal with the consequences for several years or longer.

Risk management at the South Beach Hotel will involve an intricate interplay of understanding current trends and predicting the future of such trends. “Everyone has a different definition of what the future holds and it’s tricky because you can’t prove anyone right or wrong till you reach it,” says Lee. “We have to future-proof ourselves by playing out a number of scenarios before arriving at final investment decisions.”

Deciding on how much to invest in what technology is occupying a major part of Lee’s time, particularly since the South Beach Hotel targets tech-savvy travelers. This is almost certainly a task that will require Lee to draw on his past experience dealing with similar scenarios.

Years ago, as finance head of a major hotel, Lee was introduced to the concept of hotel rooms equipped with IP phones, then new device that use voice-over-Internet-protocol technologies. The gadgets allowed guests to view the weather and check times in various cities, among other functions.

“The vendor told us it was state-of-the-art equipment and tried to convince us that we would lag behind the competition if we didn’t implement it,” recalls Lee. “They even quoted [testimonials from] major law and accounting firms that use IP phones in their office.”

But Lee questioned the technology’s level of maturity and staying power. After he and the finance and IT teams studied the issue, Lee concluded that IP phones were not appropriate to be deployed in the guest rooms. He was soon proved right as smart phones and tablets gained popularity instead.

“We always have to think ahead. If your product becomes obsolete six months down the line, you’ll lack the ability to engage your guests.”

“At South Beach, the trend of thought before we implement a device or gadget is ‘Are you going to use it?’ and ‘Is it going to be fashionable?’. If the answer is ‘no’, you’ll find your investment going down the drain,” states Lee.

“We always have to think ahead. If your product becomes obsolete six months down the line, you’ll lack the ability to engage your guests.”

Lee can also draw lessons from a resource utilization issue, this time concerning a hotel’s business center. It is common for high-end hotels to have a staff member in attendance at their business centers and this was no exception at the hotel Lee was then working for.

However, there are manpower constraints in labor-short Singapore and it was difficult to hire or redeploy qualified personnel to staff the business center 24/7. Guests faced the prospect of a business center that was closed after normal business hours and on public holidays.

"We asked ourselves if we were providing any value by having a restricted hours business center, especially since Singapore is a well-connected city with travelers arriving at any time who work in different time zones,” recalls Lee. The answer was no.

More information was in order. Upon further examination, Lee’s team discovered that many guests typically had very simple requests, such as photocopying. They rarely require more sophisticated secretarial services.

Lee proposed converting the business center into a self-service facility, where guests can photocopy documents themselves, make conference calls and plug in their own laptops. The idea met resistance at first, as staff members queried the possibilities of lost revenue and equipment theft.

The group eventually arrived at an agreement via the installation of a security access system in the business center so only registered guests could enter.

“It’s important to get everyone to buy-in to your idea and to do so, you have to first understand the reasons behind their resistance and then come up with counter measures. Do not portray your idea as a top-down decision,” says Lee.

Other creative aspects at South Beach Hotel that Lee and his team will have to deal with include the potential construction of what he terms a ‘concept bar’. Lee notes that bars of this nature – an example is Miss Ko in Paris, which features a 26-meter long bar, a DJ and Asian cocktails – have yet to be introduced into Singapore’s market and the challenge lies with deciding if the market will be receptive to the idea.

“When you embark on anything new, the advantage lies in your potential to be the trendsetter,” states Lee, adding things could easily go the other way. “It could also be the right product, but ahead of market acceptance.”

“Such capital investments are not small sums and you can’t tweak or reinvent the entire concept overnight, as the bar will be a part of the hotel.”

“You can spend a fair bit of time doing research to find out what others have been doing, but we need to set the trend,” adds Lee. “We need to do our best to mitigate risk by observing market trends.”

The case for analytics

As he looks forward to the hotel’s opening in 2015, Lee is paying special attention to the finance team’s ability to do analytics and gather business intelligence.

A decreasing percentage of guests now book rooms through travel agents. With the Internet, people today can assess and directly book not just at South Beach, but all the other 300-odd hotels there are in Singapore.

This poses a big challenge to the business, especially in inventory management, says Lee. “You’ll need analytics to understand the trends – such as the geographical mix of hotel guests and the implications various major events can have on your hotel. Ramadan, May Day, National Day and the political crisis in Thailand – each can have a totally different impact on the business.”

The hotel of today is a business that sells to all segments – business, consumer and even to the government, and this has definitely made things more challenging. “For example, business customers may give you the steadiest stream of traffic while the consumer may come in bits and pieces, but net you the highest rate. We need analytics to understand the behavior and intricacies behind each of these segments.”

This greenfield CFO has his work cut out.