Going Fishing: Why China's Companies Are Stepping Out 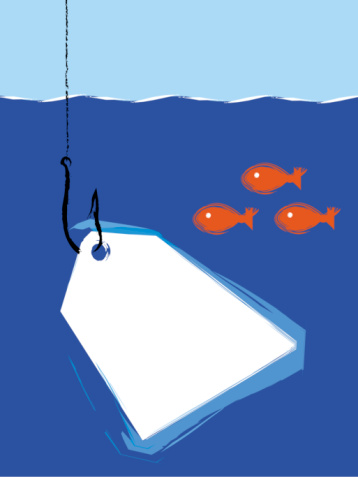 The slowdown in China’s economic growth has not stalled the country’s wave of outbound M&A. If anything, domestic companies are becoming increasingly ambitious as they “go out,” part of the Chinese government’s plan to see domestic companies become global brands.
However, despite year-on-year increases in activity, acquiring the funds necessary to complete these deals continues to pose challenges.
Hurdles abound
Historically, Chinese banks were prohibited from lending to companies for M&A purposes. That has changed. In 2008, the China Banking Regulatory Commission issued a document, Risk Management Guidelines, which allowed domestic Chinese banks to finance outbound transactions.
New momentum was provided with the implementation of China’s 12th Five-Year Plan in 2010, Chinese corporations were encouraged to invest offshore and state banks were directed to finance these investments. The result has been rising outbound activities: 92 deals in 2010, 116 in 2011, and 126 in 2012.
The momentum remained on track in 2013, when a record 223 deals were completed, valued at US$69.1 billion. They include:
But hurdles remain. When investing overseas, Chinese companies must first win approvals from the National Development and Reform Commission (NDRC), the Ministry of Commerce (MOC) and the State Administration of Foreign Exchange (SAFE).
Additionally, for state-owned enterprises (SOEs), the State-Owned Assets Supervision and Administration Commission also plays a role.
The implication from these regulations is that higher hurdles need to be overcome before a deal can be signed. This leaves the companies at a competitive disadvantage, especially in heated bidding situations against domestic buyers in foreign markets. In the United States, a local company would not have to go through a similarly arduous approval process.
So even if a Chinese company made a higher bid, it might be overlooked in favor of a bidder who can bring the deal to completion sooner. For example, , it took more than four months for Guangming Dairy to close a deal to acquire a 51% equity interest in New Zealand powdered milk processor Synlaid Milk Limited in 2010, despite full support from the Chinese government.
A prolonged closing period like this increases the risk for all parties and may be deemed unacceptable to a seller or target company, adding a substantial degree of uncertainty to the buyer’s overseas acquisition program.
Acquiring foreign currencies
Over and above the rigorous approval process, Chinese enterprises need to worry about how they will acquire foreign currencies, be it US dollars or euros, for the acquisition. Since these companies have all their assets in China and manage revenues using the renminbi, convincing a bank, even local or state banks, to finance an acquisition using foreign currencies can prove difficult.
The RMB is a non-convertible currency on the capital account. Its use offshore requires administrative approval. The SAFE’s issue of Circular 39, officially called the Circular on the Administration of Security Provided to Foreign Entities by Domestic Organization, has helped expedite the approval process for authorizing the movement of RMB outside China. Under the circular, onshore Chinese entities are allowed to create security over their onshore assets in favor of onshore banks to obtain offshore borrowings.
However, even Circular 39 has its limits. The SAFE has set quotas on banks in terms of lending—once that quota has been reached, the bank can no longer provide lending to prospective borrowers. In the case of major acquisitions requiring large scale financing such as Shuanghui International’s acquisition of Smithfield Foods in the US, the offer may have to be raised from a syndicate of banks.
This takes time, results in increased overall costs, and can sometimes negatively affect the outcome of the deal. Fortunately, in Shuanghui’s case, a US$4-billion syndicated facility was successfully arranged, initially from eight international banks led by Bank of China.
A new platform was recently established in Shanghai to promote the internationalization of Chinese businesses, although it remains to be seen how and whether Chinese enterprises will make use of it to execute and finance outbound acquisitions. The China (Shanghai) Pilot Free Trade Zone is a 29-square-kilometer area that, among others, houses banks and other financial institutions that will be given leeway to make the outbound financing process less burdensome for Chinese investors.
The regulators, which include the China Banking Regulatory Commission, have adopted the policy of encouraging banks in the FTZ to finance outbound M&A activities. Towards this end, the central bank has already issued a document entitled Opinions of the People’s Bank of China on providing financial support for the China (Shanghai) Pilot Free Trade Zone (Yin Fa [2013] No. 244).
Plight of private firms
While state banks have been directed to provide broad financing to Chinese companies acquiring assets abroad, preference has been shown for state-owned enterprises (SOEs) – despite the fact that many privately owned companies are as big as or even more competitive than state-run companies.
This is happening for a number of reasons. Amon them: SOEs are generally more established and have direct government backing while many private enterprises lack investing experience and expertise in managing foreign acquisitions, presenting certain risks to lenders.
But this state of affairs, too, may change. In 2012, SAFE with the MOC, the NDRC and 10 other departments issued the Opinions on Encouraging and Guiding the Active Outbound Investment by Private Enterprises, which pledged to adopt favorable policies with respect to loans from Chinese banks to facilitate outbound investments by private enterprises.
However, detailed implementation rules have yet to be adopted. In the meantime, China’s privately owned companies may have to resort to alternative structures. For example, they can make the acquisition by partnering with an offshore party that has access to funds, with the right to buy ut the partner at a later stage.
They can also negotiate with the target for staged acquisitions and payments. These structures may not fully serve the company’s corporate objectives, but they will have to be considered if financing proves difficult to acquire.
About the Author
Vivian Lam is a partner with international law firm Paul Hastings.
Read more on
M&A China