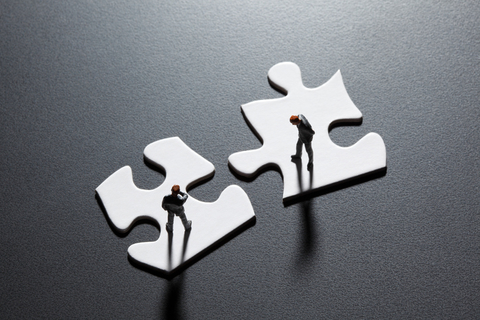 Corporate acquisition appetite is at a four-year low despite 2018 being on track to become a near-record year for the number of global M&As, said EY recently.

Deal plans are subdued in part due to increasing geopolitical concerns, according to the 19th EY Global Capital Confidence Barometer (CCB), a biannual survey of more than 2,600 executives across 45 countries.

With rising regulatory uncertainty, and ongoing trade and tariff negotiations — including Brexit talks and the US-China trade disputes, 46% of respondents cite regulation and political uncertainty as the biggest potential risk to deal-making in the next 12 months, the report says.

However, M&A imperatives and macroeconomic fundamentals remain robust, with 90% of respondents expecting the global M&A market to improve and 9% expecting it to remain stable in the next 12 months, the report points out.

An increasing number of executives (40%) are reviewing their portfolios every six months compared with a half a year ago (27%).

Companies from Japan (62%) and China (61%) cite this frequency more than other countries’ respondents. Just 33% of companies review their portfolios once a year or less, compared with 64% six months ago, with most of those respondents based in the US (58%) and the UK (43%).

As a result of portfolio reviews, nearly three-quarters of companies (73%) have identified assets to divest — due to underperformance or risk of disruption — indicating that other assets are coming to market and future buy-sell churn, according to EY.

Some divestments could attract private equity (PE) buyers, with 31% of executives citing PE as a major acquirer in the next year, said the firm, adding that 68% believe that the biggest competition they face for assets will come from private capital, including PE and corporate investment funds.

Firms to staging an M&A comeback

“Uncertainty is giving some executives pause for M&A thought — and that will likely result in a fall from current deal highs in the next 12 months,”said Steve Krouskos, EY Global Vice Chair – Transaction Advisory Services.  “However, we can expect higher M&A activity into next year.”

“Getting ahead of technological disruption and navigating geopolitical shifts will require M&A,” Krouskos noted. “And with growing competition for assets among private equity and other private capital, those corporate executives who are opting to wait on the sidelines will likely find they are compelled to return to the deal table in 12–18 months’ time.”