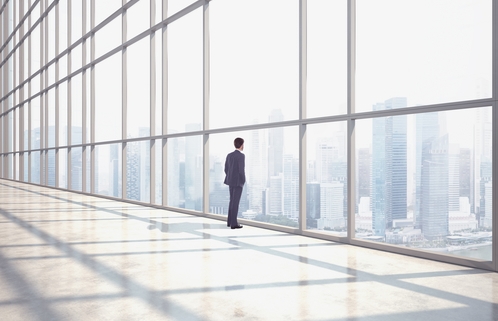 Henry Jan faced a situation in 2012. He had just joined online travel portal AirAsia Expedia as head of regional financial planning & analysis. But after two weeks on the job, he realized the system was not working.

“It was cowboy town,” he recalls, in a presentation at the CFO Innovation Philippines Forum in July. Large 30-megabit Excel files flew about as people were asked to fill in information. The responses were rolled up into a “forecast” sent on to the GM, take it or leave it.

Jan used to work with Philip Morris and Ericsson, so he knew what FP&A solutions the incumbent vendors have developed. “But there was no way I can ask the CEO and CFO for US$500,000 in funding,” he says. “We have to live within our means.”

In the end, AirAsia Expedia signed up with a cloud-based forecasting provider, whose first module was rolled out in just six weeks. These days, says Jan, when CEO Kathleen Tan or CFO Jonty Neal asks what would happen if travel cancellations in Japan were to rise 10%, “I can get the number out within the next ten to 15 minutes.”

The world is getting more and more unpredictable every day, so there’s many a Henry Jan (and a CFO) who are under pressure to deliver on modeling and forecasting. In a 2013 global survey by the Association for Financial Professionals (AFP), 59% of finance executives say their company is facing greater volatility in earnings today compared with five years ago.

But while important, the availability and cost of forecasting and planning tools, a key concern at AirAsia Expedia, is only one of many issues.

In Forecasting: Best Practices for Common Challenges, the AFP details other common and equally difficult problems that finance faces when it comes to FP&A. They include:

Putting in the right tools

At least in AirAsia Expedia’s case, resolving the technology and process issue was not as painful as perhaps anticipated. The company decided on a cloud-based solution from Anaplan (coined from “analytics” and “planning”).

Delivered as Software-as-a-Service, the tool can be accessed by everyone in AirAsia Expedia, as needed. “It’s very much like Excel,” says Jan. “Users can easily cut and paste and download into Excel and play around with the model.”

For the FP&A team, rolling up the numbers has become easier. People plug in their unit’s transaction, sales, spending and other information themselves. Jan no longer needs to send out files, wait for them to be returned, and then reconcile and update.

“Each time we tweak a number, it’s linked to whatever models we built before,” he adds. “We know that once we change one thing, everything else changes. You can see the changes in the system.”

Regardless of the sophistication of any system, it’s still GIGO – garbage in, garbage out

Jan also likes the fact that the system is so user-friendly that no specialist IT support is needed to customize and carry out tasks such as building models and what-if scenarios.

“It’s very much finance-driven,” he says. “I don’t need the IT person to be there to set up this file, to set up that infrastructure. And I have no server costs to pay, no upgrading [because the system is in the cloud]."

But now comes the hard part. As always, regardless of the sophistication of any system, it’s still GIGO – garbage in, garbage out. FP&A must make sure that the information plugged into the system is accurate and that the forecasts made by the business units are based on realistic assumptions.

That’s not always easy to do. “There’s a lot of gaming,” one finance professional in a tech company told the AFP. At his organization, some people exaggerate their forecasts while others low-ball theirs. Intense negotiations then occur as business leaders defend their own set of numbers.

In another enterprise, “promises are made to investors and lenders,” the CFO of an insurance firm told AFP. “If we said we’re going to be $2 up on earnings per share, that translates into the forecasting model, which becomes about how to get to that public target.”

Ideally, the forecast should bubble up from the bottom, a process that should not be too difficult with the right and user-friendly technology tool. The best practice, says the AFP, is to “let the numbers tell the story.”

But when targets are set arbitrarily, business leaders are tempted to make unwarranted assumptions so their forecast matches the arbitrary target more closely.

Forecasting then becomes about “re-justifying that target, the assumptions get tweaked so that the ultimate outcome turns out to be close to the promise,” said the insurance executive interviewed by the AFP. “The CEO and the CFO are the last to know.”

The best practice lesson, says the AFP, is to “separate forecasting and target-setting into two distinct processes to eliminate bias and drive effective decision-making.”

Companies must also recognize that the target and the forecast will differ most of the time. Indeed, when the two numbers become too similar, that could be a sign that the target would be missed by a large margin. People may be submitting unrealistic forecasts to match the unrealistic target.

If a company wants to fix the situation, the target-setting should be a dialogue. Managers should ensure that they do not set unrealistically high expectations, while the managed should not resist achievable stretch targets.

When the two sides finally agree, that should be when the targets are linked to bonuses, promotions and other incentives.

“Some general managers are really aggressive, while others are prudent. You need to make adjustments based on their previous track record”

Forecasts may also be unrealistic because the inputs are too narrow or the assumptions are chosen on gut feel and sentiment, rather than on facts. The solution, says the AFP, is for FP&A teams to “find objective ways to come up with forecasting inputs.”

For example, US company Speck Products, which makes protective cases for mobile devices, collects data and probability predictions on the timing and types of Android, iPhone, iPad, MacBook and other models coming to market.

AirAsia Expedia analyzes traffic on its online travel site, tracking who comes to visit, where they come from and where they want to go, who browses only and who actually books, which destinations, airlines and hotels are most popular at which time, and so on.

Another approach, albeit rare, complex and expensive, is the use of a Competitive Intelligence process to test assumptions about market conditions, competitor moves, industry direction, and macro factors. Structured “war games” are conducted to determine which assumptions are the most plausible.

Typically, the FP&A team does not unilaterally replace business-unit forecasts with its own. Instead, the results of its research, analyses and war-gaming are shared, allowing business units to refine their forecasts with the additional information.

Sometimes, though, the CFO may make tweaks on sales forecasts based on past experience. “Some general managers are really aggressive, while others are prudent,” says Honnus Cheung, CFO at Travelzoo Asia Pacific. “You need to make adjustments based on their previous track record.”

The reference to track record implies that the accuracy of forecasts is monitored by comparing with actual results. Surprisingly, however, many companies do not measure forecast accuracy, according to Jason Logman of The Hackett Group consultancy.

“The majority are not measuring at an actionable level,” he told the AFP. “They are not making that result visible to the individual business units and the forecasters, and they are not able to make continuous improvements.”

“These measures of accuracy should be built into executives’ individual goals and objectives to drive focus and improve the process,” says the AFP.

One indicator of accuracy (or inaccuracy) is how long it takes to produce the forecast. In general, the shorter the cycle time, the more accurate the forecast. “Organizations that complete the process faster also have the best results,” says Logman.

One solution is to focus on a smaller number of key indicators, rather than get bogged sown in forecasting every line in the general ledger. “Identify seven to ten drivers and what makes those drivers move,” Logman advises. “These are the items that move the needle.”

It is also useful to forecast and re-forecast quickly and often, which should be possible if the appropriate technology tool is in place. A rolling forecast gives the FP&A team “more opportunities to learn due to additional feedback, as well as the ability to readily identify and correct mistakes,” says the AFP.

Implementation of many, if not all, of these action steps hinges on the openness of the organization to change. This may be the most serious obstacle to effective forecasting and planning, particularly in old-line companies and industries.

“Many traditional industries are still working under the old model,” the AFP observes. Veteran business leaders and FP&A team members may feel they have seen it all and may be disinclined to change, worried that rolling forecasts and new tools could put them at a disadvantage.

The key is to make sure they are comfortable with the new technology – alignment with Excel can be useful, in this regard – and that they recognize that the old way is no longer working.

“You have to explain what’s wrong and what challenges and misdirections you’re enduring as a result of the current practice,” Steve Player, co-author of the forecasting book Future Ready, told the AFP.

Technology and Internet companies like AirAsia Expedia and Travelzoo may hold the advantage here, because they have little in the way of legacy systems and legacy people.

But in a constantly changing business world that is replete with financial crises, regulatory changes and Black Swan events, they and their more traditional peers must continuously read the future – and act on what they see.