Financial Engineering Is the CFO’s Next Frontier. How to Meet the Challenge? 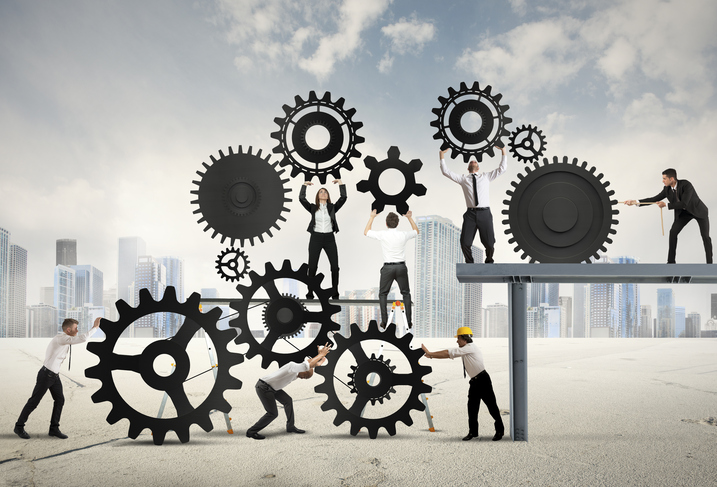 For years we’ve heard that CFOs need to develop business and strategy skills as their responsibilities across the organization expand. The move from record keeper to business leader demands that CFOs develop competencies in new and different disciplines. Wharton even built an executive education program around this trend.

Yet CFOs seem to have set their sights elsewhere. In a recent EY study, CFOs reported that cost management, risk management, and cash flow remained top priorities in their roles. A recent CFO Signals study from Deloitte also revealed that the direct responsibilities of the CFO are still dominated by corporate finance, treasury, and accounting/reporting.

The trend towards a new, strategic business role for the CFO would seem to be a myth, or at least overblown by industry watchers. However, the same Deloitte study revealed that nearly 75% of CFOs have responsibility for business strategy along with product oversight.

The capabilities and responsibilities of CFOs are indeed expanding, even as the CFO remains in a traditional financial role. In fact, CFOs were never trending away from finance. The real trend is broader and has much bigger implications for business.

Armed with financial engineering capabilities, CFOs are on the cusp of a new era in which they will have influence equal to CEOs

A Path Paved With Data

Improved business acumen does not account for the growing influence of the CFO. Strategy has always been more of an art than a science in most organizations.

Traditionally, financial modeling had limited usefulness because organizations didn’t have the data necessary to build truly predictive models. Often, too many assumptions filled the cells on corporate spreadsheets, limiting how seriously they could be taken in a strategy discussion.

Today, CFOs are shifting from reporting and on to forecasting and strategy because they have the tools and the data to do legitimate financial engineering. Wall Street has been doing this for decades – perpetually seeking alpha, as we are fond of saying. It is no surprise then that CFOs in a variety of industries have begun to follow their example.

Armed with financial engineering capabilities, CFOs are on the cusp of a new era in which they will have influence equal to CEOs. Gone are the days when financial executives were merely a spreadsheet-based support system for other executives’ decisions.

The CFO is becoming the best source of performance analysis in the past (reporting), present (real time analytics), and future (forecasting and modeling). This evidence-based view of the entire organization gives CFOs the ability to drive innovation with a degree of certainty the CEO never could muster.

Finance and strategy will become one and the same.

Financial engineering requires a new skillset – a hybrid of finance and data science that is both rare and complex. It’s a stretch to ask the next wave of CFOs to be versed in programming languages like Python and R. They need to build teams that can do it, and that means they will have to enter a talent war with Silicon Valley, pharma, Wall Street and more.

Technology industry researcher IDC predicted that by 2018, businesses in the US will need 181,000 employees with deep analytical skills and five times that number of people with data management and interpretation skills. These abilities are in such high demand that salaries are skyrocketing and the Silicon Valley elite is investing in ever more extravagant benefits and perks to keep their recruiting edge.

A typical CFO would be justifiably frightened by the daunting odds of attracting and retaining this new talent.

Fortunately, they already have a structural advantage. Existing talent in finance is well versed in data. They don’t teach finance in data science programs. They certainly don’t teach Python in MBA programs. But students do get an introduction to computer science in most accounting programs.

Investing in education for existing talent is a low-risk, high-reward endeavor for CFOs.

The long-term benefits are similarly compelling. Great data scientists aren’t just capable coders; they’re well-versed in the subject matter of their data. Financial engineering is emerging as its own degree and career path for precisely this reason. A general-purpose data scientist doesn’t necessarily have the toolset to handle financial analysis.

Prepare for employees who have learned financial analysis in tandem with data science to make a big impact. We’re seeing the same trend in bioinformatics and pharma: a biologist that can do data science is more valuable than a data scientist who happens to be working with biological data.

CFOs can tap into the relatively high levels of preparedness among existing talent in a way that even Silicon Valley will struggle to do. The talent gap isn’t going to end anytime soon, but if you’re placing bets, the CFO is best positioned to weather the storm.

We’re not far from a world in which financial engineers not only de-risk new ventures, but spur innovation.

The grocery industry experiences a new product failure rate between 66% and 80% – one of the worst rates of any industry. Through the lens of financial engineering, a CFO could shape innovation investments based on financial performance of previously-launched products.

Furthermore, ongoing analysis of new products can inform supply chain decisions that massively reduce cost, not to mention manage the risk of a potential failure.

The goal isn’t to eliminate risk, but to increase certainty, and the result is accelerated growth. After all, growth is nothing other than the manifestation of our confidence in what the future holds.

Any CEO will tell you that uncertainty can cripple operations and freeze innovation. Wall Street has been on the hunt for alphas for decades, hoping to gain an information advantage over uncertainty. With those roots, financial engineering is quickly emerging as a mainstream career path and an in-demand advanced degree.

WorldQuant University itself is fully dedicated to expanding access to an interdisciplinary education in financial engineering and data science, ensuring talent across the global can take advantage of this opportunity to shape the future of business.

Financial engineering in the C-suite will be much the same. The ability of CFOs to develop more informed, evidence-based ideas on strategy will change their status in our companies, and more importantly, allow our companies to engage more often in innovative strategies that win.

Daphne Kis is the CEO of WorldQuant University and a co-founder of Litmus Health, a data-science platform for early-stage clinical trials. This article first appeared on LinkedIn’s Influencer blog.