Finance Execs: Do you Want to Move to this Most Liveable Location to Work? 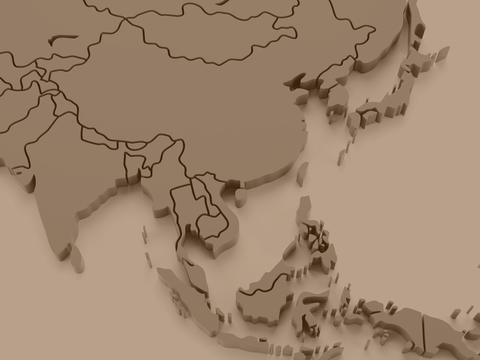 Singapore is once again the most liveable location for Asian expatriates, having claimed the top spot every year since ECA’s liveability rankings began in 2005.

Although many cities in Asia offer similar benefits to overseas workers, Singapore remains the top location and doesn’t look like dropping in the rankings any time soon, he added.

Hong Kong, on the contrary, has dropped twelve places and is now only the joint 41st most liveable city for expats coming from elsewhere in East Asia, said ECA.

Hong Kong has slipped down our rankings in the past twelve months due to the disruption and considerable damage caused by Typhoon Mangkhut in September, said Lee Quane, Regional Director - Asia at ECA International.

“Although there was no loss of life, Mangkhut was the most devastating storm experienced by Hong Kong since record began and the cost of the resulting damage to buildings and infrastructure is estimated to be around US$ 1 billion,” Quane noted. “Therefore, Hong Kong’s liveability score has changed to reflect the difficulties caused by Typhoon Mangkhut.”

Updated annually, ECA's Location Ratings system objectively evaluates a host of factors to form an assessment of the overall quality of living in over 480 locations worldwide.

Factors assessed include climate; availability of health services; housing and utilities; natural phenomena; isolation; access to a social network and leisure facilities; infrastructure; personal safety; political tensions; and air quality. The impact of some of the factors assessed will vary according to the home location of the assignee.

Many Chinese cities continue to rise in the liveability rankings, reflecting a long-term trend as many locations in the country continue to develop, ECA said.

The location ratings scores for Chinese locations have been improving for many years and cities such as Beijing, Nanjing and Xiamen have all seen their scores improve this year, along with many others, Quane noted.

“Despite rapid improvements to infrastructure, the one downside for many Chinese cities has been excessive levels of air pollution which have negatively impacted the quality of life,” he said. “In recent years the Chinese authorities have introduced measures to combat air pollution and these efforts are translating into improvements in their rankings.”

Japanese cities continue to perform strongly, with all four of the Japanese locations included in the rankings featuring in the top ten, according to Quane.

This is despite Osaka’s score dropping slightly due to the effects of Typhoon Jebi, which caused significant damage to the city, he observed.

Outside Asia, cities in Australia and New Zealand offer the best quality of living for Asian workers, with Brisbane and Sydney joint second in the rankings, according to ECA.

“Australian and New Zealand locations always tend to score well for Asian expatriates, due to the high level of infrastructure and facilities, as well as the fact that they are geographically closer to the home locations of Asian workers compared to cities in Europe or further afield,” said Quane.

Danish capital Copenhagen is the most liveable European location for Asian expats, and joint tenth overall, according to ECA.

“Copenhagen is consistently high in our liveability rankings and is the most liveable European location, as it was last year,” said Quane. “Copenhagen scores well across the board, including low pollution and crime levels, access to good facilities and schools, and excellent healthcare.”

ECA: The Most Liveable Cities