Emerging APAC More Optimistic about 2019 than Other Regions 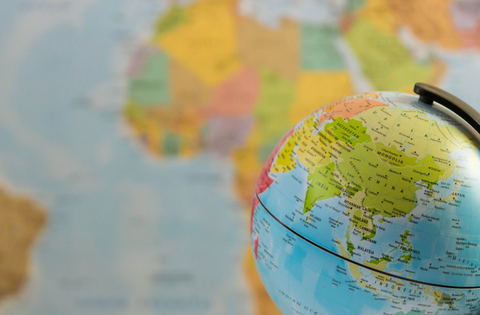 The outlook for businesses in 2019 is markedly more reserved as the global economic cycle cools and political uncertainty begins to bite after a period of heightened optimism and strong economic growth, said Grant Thornton recently.

Economic uncertainty is identified by business leaders as the biggest risk, peaking at 50%, a rise of 22pp from Q2 2018, according to Grant Thornton’s International Business Report (IBR).

The report is based on a survey of 5,000 business leaders in 35 economies including the G20, according to Grant Thornton.

This rise can be partly attributed to geopolitical tensions such as the US-China trade war and the upsurge of populist sentiment in many major western economies such as Italy and Spain, Grant Thornton pointed out.

“Optimism in emerging APAC is at 57%, reflective of the increasing regional economic integration and collaboration between south-east Asian countries and a reducing reliance on trade with China whose economic slowdown is beginning to have knock on effects,” said David Peneycad, global leader, Grant Thornton International.

European sentiment has dropped 18pp to 28% since Q2 2018, and in the UK, optimism has plummeted to 9% as the specter of Brexit looms large, the firm said.

Businesses are optimistic about the future

However, more than 60% of respondents were either optimistic or very optimistic about the future, Grant Thornton observed.

This is reflected in export expectations with only 11% expecting a decrease and 84% of leaders expecting revenues to either stay the same or increase, the firm added.

“While global financial markets are increasingly volatile, business leaders in the real economy remain optimistic because global GDP is forecast to continue growing and they know their business will grow with it,” said Peneycad. “Despite increasing down side risk, economic fundamentals remain strong and opportunities exist.”

Traditionally, in times of economic uncertainty, additional expenditure and investment seems counter-intuitive and many businesses tend to shore up their operations and significantly reduce or cease investment, he said.

“However, this is a time when investing in capabilities and infrastructure can pay dividends and, when the economy turns, prudent businesses can react with speed to take advantage,” Peneycad advised .

With the IMF predicting global economic growth of 3.5% in 2019, there is not a clear consensus about the probability or timing of a global recession, he pointed out.

“What we are seeing is a return to normality with more balanced and sustainable growth for economies,” he said.