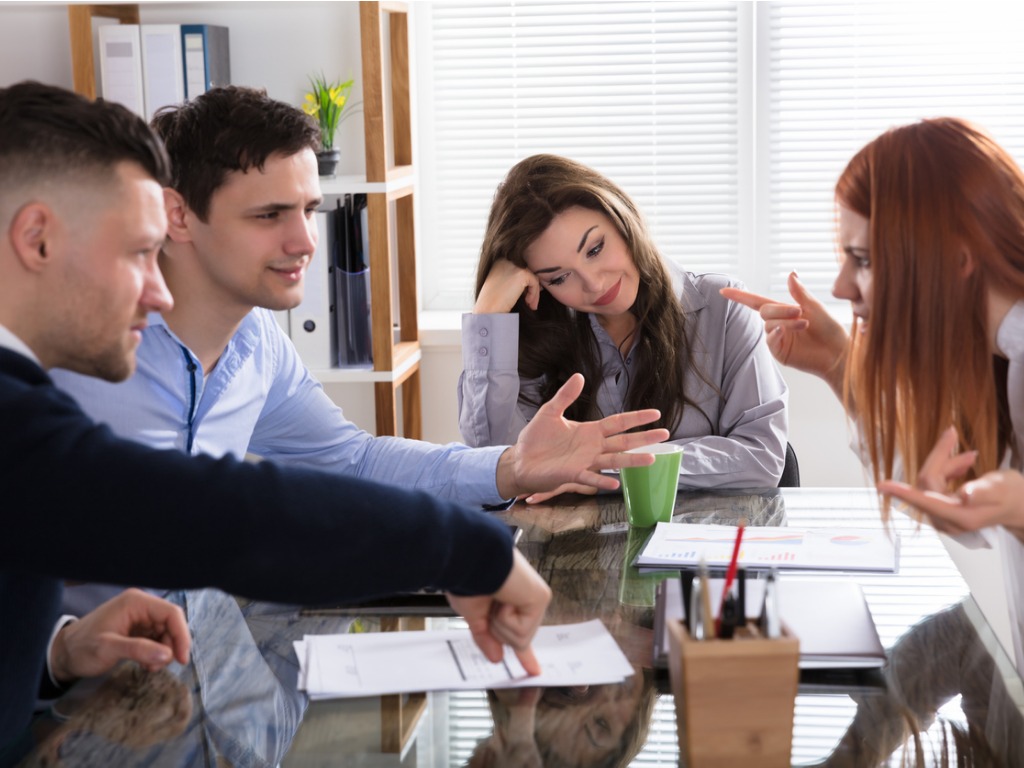 Friction can lead to better outcomes. And the right type of friction can transform individual contributions into something far larger than the sum of the parts.

That’s because a group of people with conflicting perspectives has the power to envision a set of possibilities differently than any of the individuals alone, potentially leading to creation of new knowledge that could not have arisen elsewhere.

Moreover, the right type of friction—defined as group members’ willingness and ability to challenge each other’s ideas and assumptions—can drive groups to re-examine assumptions, test constraints, and push boundaries. It can also force individual members to stretch their own thinking about the problem and how to approach it, in ways they would not likely get to on their own.

Creating that new knowledge, however, requires workgroup members to make full use of the group’s diversity and the external resources to which it is connected. In this issue of CFO Insights, we will discuss the practice of cultivating friction and the deliberate steps CFOs and other leaders should consider to foster it.

The cultivate friction practice: What it is

Cultivating productive friction is about benefiting from the potential for learning that comes from diversity. In a diverse workgroup, members are influenced by a range of past experiences, apply different implicit rules, and notice different pieces of information. That cognitive diversity can create tensions within a workgroup, which can have unexpected and positive results.

Yet our desire for harmony can be so strong that productive friction simply will not happen without taking deliberate actions.

Those actions happen both within the workgroup, and outside. Practically, this means that members are open to being tested and questioned by others and willing and able to see how one idea fits with another and builds on other’s ideas. It also means that the group itself is open to challenges from the outside.

Other characteristics of a workgroup that cultivates friction include:

Putting the practice into play

Just setting up the conditions for friction is a start, but the type of productive friction that can help a workgroup learn faster isn’t likely to occur on its own. Being open to friction and maintaining a high level of friction generally takes a deliberate and conscious effort. Here’s how:

Proxies such as focus, speed, and efficiency tend to favor stripping out complexity. But in a world of interconnected systems, the inputs, outputs, and conditions of each are constantly changing.

A single approach or toolset won’t generally suffice across the range of conditions. In a complex world, it isn’t about how fast you get from break to shore, but about how well you ride the wave.

Amid this complexity, workgroups can create tension when they resist the urge to immediately simplify. The perspective you hold, as an individual or a group, is never the only perspective. Keep an open mind to consider other angles and explore the nuances of a particular situation.

The goal should be to create disequilibrium in the group and evolve the options on the table, keeping the intensity high enough to motivate the group toward a creative next step, but not so high that it becomes unproductive

Take time to consider, for example, that a refrigerator isn’t going into just a “house” but into a kitchen within a duplex in a shrinking Midwestern city. Does that change any assumptions?

Abstracting a problem until it looks like something with which we are more familiar can seem like an efficient way to handle complexity. Do it too early, however, and you risk losing the richness of the problem, which is where the opportunities are likely to be.

Celebrate diversity by being explicit that cognitive diversity is not just a nice-to-have, but exactly what the workgroup needs. Be open about the fact that group members have different backgrounds and skills.

Set the tone by provoking members to speak to their belief systems, their reasons for participating, and why the outcome matters to them. Resist the urge to resolve contradictions or emphasize commonality.

Establishing a tolerance for unresolved tension can ease individuals’ fears that disagreement will damage the team dynamic.

The goal should be to create disequilibrium in the group and evolve the options on the table, keeping the intensity high enough to motivate the group toward a creative next step, but not so high that it becomes unproductive.

One way to do this is by playing with possibilities. A playful discussion of what-ifs can test the boundaries and conditions rather than treating them as realities. As communicator Nancy Duarte points out, the arc from what could be to what is creates useful tension.

Ultimately, it may be as simple as being curious. A workgroup aiming to improve has an obligation to be curious. Ask the question when you don’t understand, and adopt a beginner’s mind-set. Reach beyond your experience and listen for what an idea could be rather than what it is.

Seek out challenges. It’s one thing to get options on the table, another to transform them into solutions. The goal of cultivating friction is the latter, getting to better solutions by learning as a group and embodying it in action.

An alchemy of interactions makes a workgroup more than the sum of its parts. Individual ideas bump up against each other and against diverse perspectives, get tested in real conditions, and become better as a result.

This happens not once but repeatedly, as the context changes along with the group’s understanding. To create this alchemy, it isn’t enough for members to tolerate challenges—they should insist on challenges.

Sometimes, particularly when a group seems to gel quickly and develop instant camaraderie, the idea of doing anything to upset the balance can seem counterproductive. But a norm of not rocking the boat can solidify over time, making it less likely that a group member will risk a rift.

Challenging early on, when the stakes might be lower, can help a group understand and adjust how it responds to uncomfortable situations.

Challenge yourself and others to break through any ego and hubris that can prevent individuals from engaging around what is most important—from unwillingness either to show vulnerability by asking questions or to be open to being questioned. Misunderstandings and disagreements can be fertile ground for creating something new.

Call out the elephant in the room. Setting an expectation that the unspeakable may well be spoken is another way to break through complacency and elicit challenges

Individuals should strive to repress the desire to display authority or expertise—and shouldn’t let other members go unchallenged by virtue of their expertise. A workgroup, collectively, can help by not accepting serial monologues and by questioning assumptions as a matter of habit.

Even people who think they are open to new ideas often have deeply ingrained assumptions. Although it may feel awkward at first, here are some ways to elicit challenges:

Try to bring more of the invisible and unstated—beliefs, experiences, expectations, and theories—into the open by asking others to state their core assumptions.

Take the group into a new context temporarily, or bring outsiders in, to help heighten awareness of the group's own orthodoxies—a key first step to reexamining and updating them.

Prompt members who are likely to hold opposing perspectives and explore the disagreement. Rather than minimize the differences, try to explicate the “ladder of inference,” working backward from the expressed perspective to the beliefs, experiences, and assumptions that led there. Instead of, “How can you think that?” ask, “How might you see the world such that this makes sense?”

Call out the elephant in the room. Setting an expectation that the unspeakable may well be spoken is another way to break through complacency and elicit challenges.

Beyond a practice of challenging each other in discussion, another approach is to impose constraints as a means of forcing creativity. Imposing constraints on the tools and conditions of a solution is one way to do this.

Constraining the budget, expertise, or (especially) timing can spark creativity and produce a sense of urgency.

Finally, try to create space so that friction can develop from a variety of sources. Silence can be an important tool and can provoke tension for some, while allowing space for other voices to clarify and emerge. Mediate the conversation to keep multiple interpretations alive so that additional important insights and slow-building approaches can have a chance to materialize.

Although action-oriented group members may become frustrated when passionate views collide and generate multiple interpretations of a challenge, these collisions and interactions could be necessary to reach new levels of performance.

It takes practice, for both individuals and groups, to balance the need to diverge and generate heat with the directive to draw actionable insights. As a group’s members increasingly employ tensions and disagreements to reach better solutions, they can help create a virtuous cycle of more honest and forthcoming challenges.