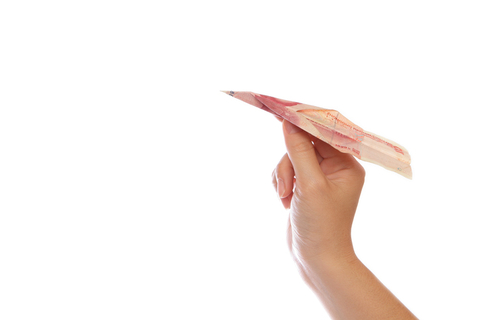 China’s net outflows will widen in Q2 2018 to US$37 billion, according to Natixis China Capital Flow Tracker.

In particular, the previous net inflows denominated in the USD have reverted into net outflows in June 2018, said the investment bank.

The increased monetary policy divergence, especially after the liquidity relaxation in the course of 2018, has lowered the attractiveness of Chinese assets, Natixis noted.

“We expect net capital outflows in China to increase but not at the scale of 2015, unless there is a major negative development, which could be related to a wider US-China trade war,” the firm predicted.

With the laxer monetary conditions to support growth, the RMB should face depreciation pressure and higher volatility in the short run, Natixis pointed out. 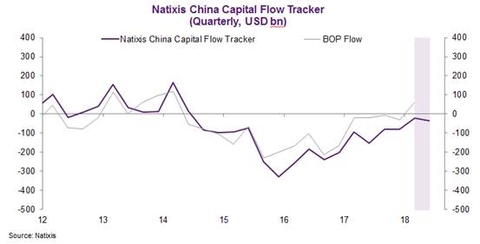 The yield differential between China and US 10-year sovereign yield has also narrowed to 150 bps in end-2017 to 53 bps in July 2018, which has pushed for RMB depreciation and entice capital outflows, it added.

“We expect interest rates on Chinese government papers to go slightly higher as a consequence of larger financing needs from the recently announced fiscal expansion, but moderated by laxer monetary conditions,” Natixis said in a statement.

While the opening measures by China are encouraging for attracting inflows, net capital outflows by residents—households and corporates—are likely to continue and increase given the weak performance of domestic financial markets and the low return on assets, said Natixis.

The scale, though, will not be as large as 2015 due to the tighter capital controls and the higher reliance on offshore vehicles to finance overseas projects, the investment bank said, adding the PBOC can control the exchange rate by adjusting the foreign exchange risk reserve ratio and adjusting the counter cyclical factor.