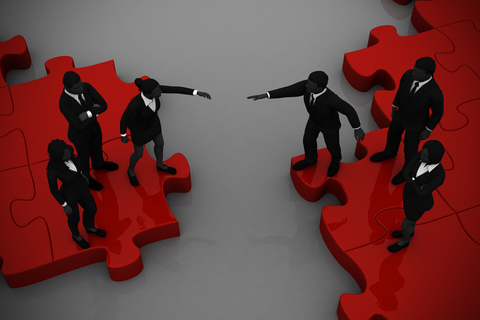 The value of China M&A fell by 18% in the first six months of 2018 to US$348 billion, despite a slight increase in the volume of transactions, said PwC recently.

“While the volume of M&A transactions is holding up, the overall value is relatively subdued,” said David Brown, PwC China and Hong Kong Transaction Services Leader. “This is most clearly seen in outbound M&A, which has declined for four consecutive half-year periods since the record highs of 2016. That said, the value of these deals is still about a third higher than the levels we saw before 2016.”

Looking at geographical regions, Europe displaced Asia as the primary outbound destination in terms of value, according to PwC.

However, two deals (China Three Gorges’ US$10.8 billion acquisition of EDP Energias de Portugal and Geely’s US$9 billion investment in Daimler) accounted for 80% of the Euro-zone total, PwC pointed out.

Looking over a longer period, it is apparent that falling investment into the US accounts for a significant proportion of the overall decline in China outbound M&A from its 1H16 peak, the firm said.

Domestically, strategic M&A was down 27% by value, with 24 ‘mega-deals’ (valued over US$1 billion) compared to 32 in the second half of 2017, PwC said. To some extent the slowdown reflects the Chinese government’s commitment to deleveraging, which has had some impact on M&A, particularly among listed companies, it added.

“Looking at M&A activity by industrial sector, we see that strategic buyer deals in the industrials and the metals & chemicals sectors hit record highs,” said Chris Chan, PwC China and Hong Kong Financial Services M&A Leader. “The technology and finance sectors accounted for more than half the deals for financial buyers, though the US$14 billion fundraising for Ant Financial had a big impact on the finance sector in this period.”

In the financial buyers sector, fund-raising by traditional PE has remained robust and venture capital activity reached a new six-month record in terms of value, according to PwC.

The value of investments by PE and financial buyers in outbound M&A declined in line with the overall trend, but the number of overseas transactions actually increased – PE funds remain active and interested in outbound opportunities, and their access to USD financing will be an advantage, PwC said.

The first half of 2018 also saw a significant decrease in exit activity for Pes, the firm noted.

Regulators controlled the numbers of IPOs in this period, seeking to improve the quality of applicants and reduce market volatility, PwC said, adding that exits via trade sales also declined, as listed company buyers tightened their belts amid a deleveraging environment.

PwC expects a further moderate decline in M&A in the second half of the year.

China outbound will continue to slow, but the other sectors (domestic, foreign and PE) are likely to remain steady, the firm said.

“The impact of the China-US trade war may be limited, as deals with the US have already been at low levels for the last 18 months,” said Brown. “But very large or commercially sensitive deals are likely to come under greater scrutiny in both the US and Europe.”