China mergers and acquisitions (M&A) deals, both inbound and outbound, soared to US$183 billion for the first half of 2014, according to data compiled by multinational professional services firm PwC in collaboration with ThomsonReuters and ChinaVenture.

According to David Brown, PwC China and Hong Kong Transaction Services Leader, “M&A activity in the first of half of the year was notably strong thanks to growing competition for assets prompted by industry consolidation, companies searching for inorganic growth, and SOE (State-Owned Enterprise) reforms.” 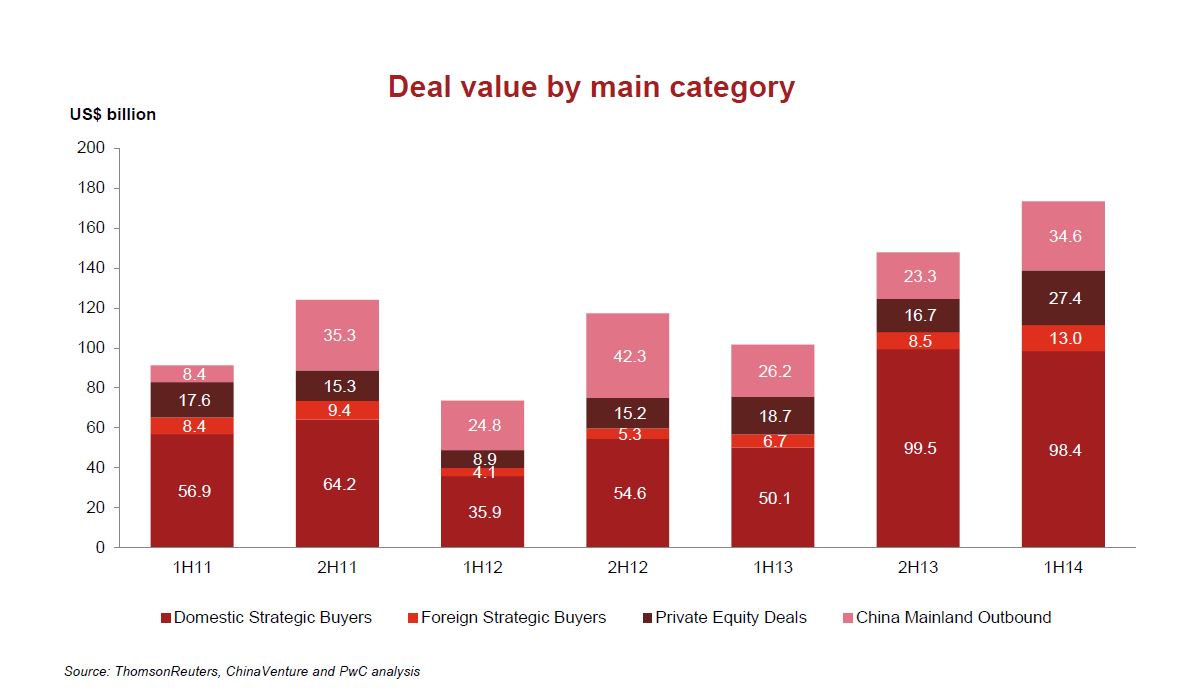 New data showed a big jump in the value of foreign inbound M&A, which reached a record high as multinationals looked to refine their China strategy and increased their local China presence. The value of strategic buyer deals by MNCs from Southeast Asia increased sharply to US$8.3 billion from US$2.4 billion (see chart below). 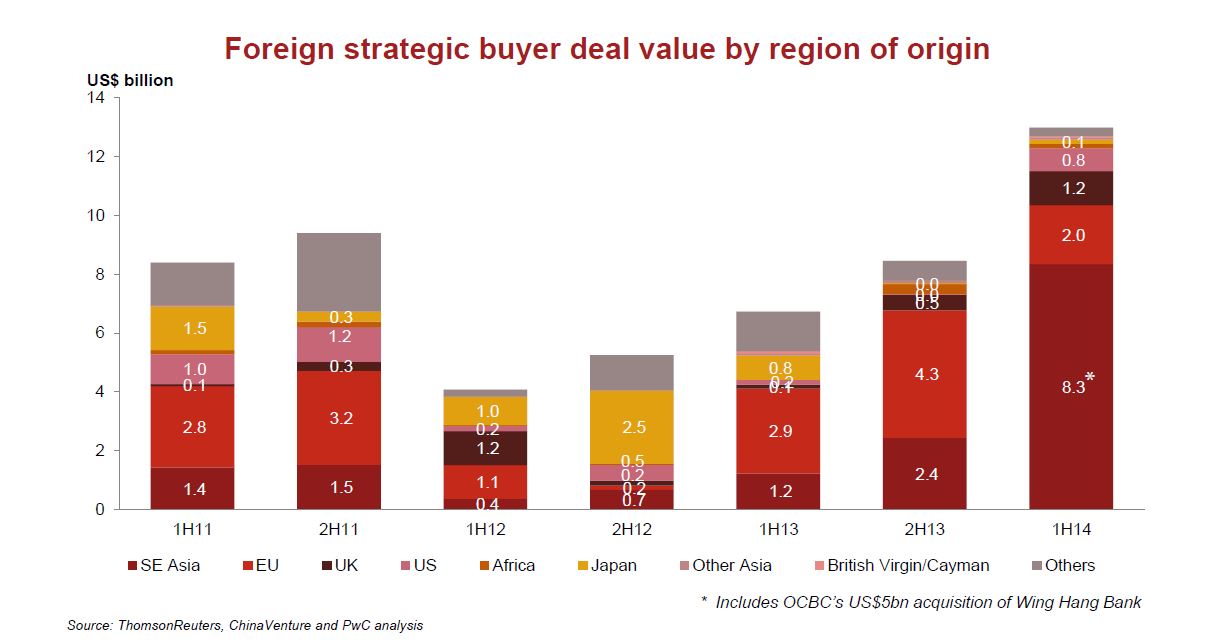 According to PwC, China's privately-owned enterprises (POEs) will remain the driving force behind outbound M&A as they continue to expand to global markets. Outbound deals by SOEs will slow down because many of them will focus on domestic reform.

“We believe outbound M&A will continue to flourish. Leading this front are POEs in search of deal diversification abroad and in high growth sectors such as telecommunications, technology and real estate,” says Christopher Chan, PwC China and Hong Kong Advisory Partner.

“While POEs are interested to acquire brands and technologies for use in the China market, they are also looking for new markets overseas as a source of inorganic growth during a time when China’s economy shows signs of slowing down.”

Many Chinese financial institutions are refining their overseas expansion strategy and are increasingly setting up platforms in Hong Kong. In real estate, PwC expects developers to seek access to the capital market through back door listings, with higher interest in commercial and logistics-related property than residential.

Private equity activity is expected to remain robust in the second half of 2014. Trends include a rise in larger size deals and buyouts, and more involvement in outbound transactions.