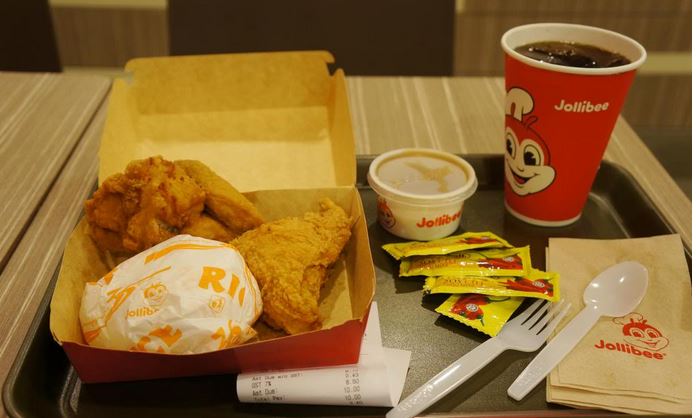 If the Philippines’ Jollibee Foods Corporation were headquartered in the US, it would be America’s 21st largest quick-service restaurant company.

At US$2.3 billion, the hamburger-to-chicken-to-noodle chain’s 2013 revenues are larger than that of US fast-food brands Panda Express (US$1.9 billion) and Popeyes Louisiana Kitchen (US$2.2 billion).

“We want to be one of the top ten quick-service restaurant companies in the world,” says Ysmael Baysa, Jollibee’s CFO and winner of the Best in Capital Management title at CFO Innovation’s 2013 CFO of the Year Awards. He was speaking at the CFO Innovation Philippines Forum in July.

Setting the vision and goals, even if they may seem unreachable, is important in concentrating everyone’s mind

Jollibee has quite a way to go. KFC, the tenth-largest US quick-service restaurant company, reported US$4.3 billion in system sales last year, almost twice Jollibee’s. In Asia, Japan’s Zensho Holdings also had revenues of US$4.3 billion in the year to March 2014. And world No. 1 McDonald’s enjoyed a humungous US$35.8 billion in total sales. 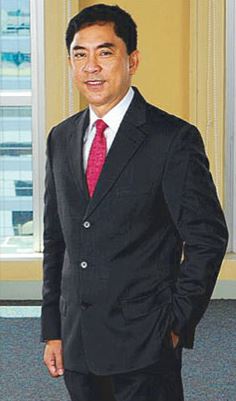 But a company can dream, and that dream can be an effective goad. Since 1993, Jollibee's compound annual growth in sales has been an impressive 18%. That’s despite the 1997 Asian financial crisis, the 2001 political crisis in the Philippines that saw the ouster of President Joseph Estrada, and the 2008 global financial crisis that continues in some fashion today.

“We hire 5,000 new employees every year, equivalent to creating a mid-sized company,” says Baysa (pictured). “From 2003, we’ve been doubling our store network every five years.” As of March this year, Jollibee had 2,805 restaurants in the Philippines and another 588 in China, Vietnam, Indonesia, Hong Kong, Japan, the US and other countries.

Finance plays a key role in managing (and nurturing) the pell-mell growth. Formerly senior vice president at Union Bank of the Philippines and finance director at Procter & Gamble Southeast Asia, Baysa joined Jollibee in 2003 when sales stood at 28.9 billion pesos (US$520.9 million at that time).

As CFO, he became a key player in strategy-setting and execution. “We crafted our vision in 2004,” he recalls. “We wanted to become the No. 1 Asian quick-service restaurant company, meaning to say, among all restaurant companies of Asian origin, we wanted to become the largest in terms of system-wide sales” – and eventually one of the world’s top ten fast-food chains.

“We wanted to generate at least half of our revenues outside of the Philippines,” Baysa adds. “When we crafted this vision, our foreign business accounted for something like 2% of sales. We wanted to make it 50% someday.” Last year, non-Philippine revenues accounted for 20% of total system sales, with Chinese turnover at 12%.

“Our goals include sustaining our dominant leadership in the Philippines, becoming a major restaurant player in China, serving Filipinos abroad and gaining access to foreign consumers,” says Baysa. There are 10 million overseas Filipino workers, primarily in the Middle East, and expatriate professionals in the US, Europe and Asia.

Setting the vision and goals, even if they may seem unreachable, is important in concentrating everyone’s mind. There does not seem to be a hard timetable at Jollibee (“someday”) and the revenue figures are a moving target, since every other player will have different results every year.

But the vision serves as a beacon that is helping illuminate the way forward. And it sets clear benchmarks. For Jollibee, the company to beat in Asia is Zensho, while cracking the world’s top ten means overtaking the likes of KFC, Pizza Hut (US$5.7 billion in 2013 revenues) and Dunkin’ Donuts (US$6.7 billion).

The vision also determines the most appropriate growth strategy. Inorganic growth – M&A and joint ventures – is obviously a faster way to achieve dramatic revenues compared with organic growth.  Stepping out, as opposed to focusing mainly at home, is key to achieving the vision as well.

“I count at least nine acquisitions and JVs in the last ten years,” says Baysa. “It’s been a huge effort.” As CFO, he engages directly in valuation (Jollibee has not hired investment bankers), negotiations and post-merger integration.

The scarcer the capital, the sounder the investment decision. But if there is abundance of capital, the tendency is to be careless with the money

In 2004, Jollibee acquired 85% of Yonghe King in China. Now fully owned, the noodles/dimsum chain operates 314 stores (from 77 originally) and accounts for 10% of system-wide sales.

A second Chinese chain, congee specialist Hongzhuangyuan, was acquired in 2008; it now has 43 outlets and accounts for 2% of system-wide sales. Stakes in rice noodle chain San Ping Wang and 12 Hotpot, also in China, were acquired in 2012, when Jollibee also bought 50% of Vietnam’s SuperFoods, owner of Highlands Coffee and Pho 24.

In June, Jollibee CEO Tony Tan Caktiong told reporters that the company “would like to have more play in the US market. We’re looking at a certain acquisition in the US.” Jollibee USA serves hamburgers and fried chicken in 29 stores, mostly in California, where there is a sizeable Filipino community.

According to Baysa, Jollibee will spend 6.3 billion pesos (US$143 million) this year to open 200 stores in the Philippines and 100 outlets overseas.  “The business continues to be very strong,” he says. “Our foreign businesses are growing around 22%-25% a year, with Jollibee in Vietnam growing at 60%.”

The CFO has a rather unorthodox approach to capex. He believes that the scarcer the capital, the sounder the investment decision. But if there is abundance of capital, the tendency is to be careless with the money. Baysa is deliberately keeping the company’s debts low despite historically low interest rates, and insists on very high investment hurdle rates.

Finance has developed its own way of measuring and managing investments in new stores. Within four months of a store opening, finance estimates the ROIC for the next 12 months and projects the IRR for the entire project life of 10 years.

At the same time, it calculates the total ROIC and IRR of a batch of stores opened in the last 15 months, which serves as the Investment Performance Indicator of a Business Unit (compared against ROIC and IRR hurdle rates).

Business heads are thus able to view their store investments like a portfolio. They can decide to tolerate lower returns from some stores for competitive or strategic reasons as long as this is offset by superior performing stores – and the overall hurdle rate is still met or exceeded, as finance requires.

Up in the Cloud

All this requires that finance has access to real-time or near-real time financial and non-financial information across the entire group, including the main Jollibee and 11 other major brands.

In the Philippines, finance extracts information from an on-premise Oracle ERP system, which covers most of the 2,800 outlets and other business units, such as the commissaries. Large amounts of data are generated – each store conducts up to 1,500 transactions a day involving several stock keeping units (SKUs).

But extending the on-premise ERP to China, Vietnam and other places was prohibitively expensive. “It would have taken from eight to ten months and require building IT organizations in each of those countries,” says Baysa. “If we build that overhead, we could not make any money.”

"If we are looking for a system that is hack-proof, we are not going to install any computers”

The answer was the cloud, specifically NetSuite’s ERP solution. “We implemented this in 35 legal entities over a span of less than three years,” he recounts. “And we did not have a battalion of IT people. It was our controller for foreign operations and three accountants. They relied on the support of the cloud service company, which supported us very, very well.”

At the Philippines Forum, Baysa was peppered with questions about how secure the cloud-based ERP is. Isn’t he worried? “Right now, all computers are hackable,” he answered. “As long as the ERP system is connected somehow to the outside world, it can be hacked. If we are looking for a system that is hack-proof, we are not going to install any computers.”

What the company does, and religiously, is to follow the security protocols recommended by the service provider and its own IT specialists. “We have defined every access, we have unique passwords,” says the CFO. There are rules about who has access to what process and data, what they can change, what they can approve.

The gains, says Baysa, does not end with the cost savings from not having a large IT staff and spending on computer servers and software licenses. “In the Philippines, we have direct access to what’s going on in, let’s say, Jollibee Vietnam. It’s live. There’s an audit trail. All the approvals made in Vietnam, or Shanghai, all who open it, all who approve it, the names are there.”

“We can see whether the procedures are being followed. And from Manila, we can literally stop the transaction.  How come this purchase order was approved? It should not be approved. We can literally press a button and say: ‘Stop!’”

Given its vision of cracking the ranks of the world’s top ten quick-service restaurant companies, that’s probably a word that is not heard too often in Jollibee.