CFOs: Relocating Middle Managers to this Asian Country is the Most Pricey 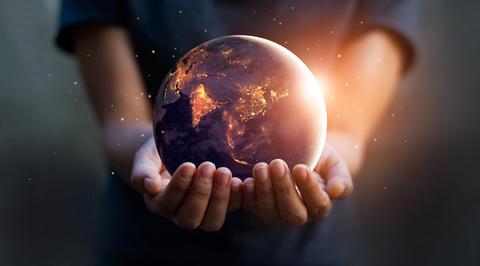 If you exclude Japan from the Asia Pacific region, China has become the most expensive country to relocate a middle manager.

The pay and benefits package of an expat living and working in China saw a significant rebound last year, after falling in 2017, said ECA.

“Expats in China have seen a big jump after a bad year in 2017 that saw the value of the average package drop in all areas,” Quane said. “The Chinese yuan experienced a better year in 2018 though and due to a stronger economy and currency, the pay package for overseas workers in Chinese locations has improved considerably.”

When considering the cost of an expatriate package, companies need to factor in three main elements: the cash salary, benefits – such as accommodation, international schools, utilities or cars – and tax, said ECA.

In Hong Kong, the overall expat pay package has risen by a total of US$ 7 902 since last year, with increases to salaries and benefits making up the vast majority of the increase, said ECA International.

The average package cost companies US$276, 417, including an average cash salary of US$86,984, the company pointed out.

“After a slight drop in the average expat salary in 2017, the overall pay package for overseas workers in Hong Kong increased significantly in 2018” said Lee Quane, Regional Director – Asia at ECA International.

“Salaries rose slightly by an average of just over US$1, 500 while benefits, including extras on top of the basic salary such as school fees and transportation costs, increased by over US$ 6,000,” he added.

The benefits offered as part of an expat’s pay package have always been high in Hong Kong as the city continues to be attractive to companies and expats alike, he noted, adding that this high demand results in expat-level accommodation, international schooling and other costs being significantly more expensive than most other locations.

Elsewhere in Asia, salaries increased for expats in Singapore by an average of US$4,874, according to ECA.

The overall pay package rose by over US$13,000 to a total of US$ 236,258, but Singapore sits in just 19th place in the 40-country list due to the low personal tax rates, making it a less expensive location for expatriates overall, the firm pointed out.

Expat pay packages in Singapore increased across the board in 2018, with salaries increasing by nearly US$5,000 and benefits going up US$ 6,400 on average, Quane said.

However, personal tax only increased minimally, and tax-related costs still remain extremely low compared to most other locations included in our rankings, meaning that overall Singapore sits in 19th place, according to ECA.

"This is good news for companies with workers currently living in Singapore though, with cash salary and benefits remaining relatively high, and taxes staying low – resulting in less expense for employers when relocating staff to the country,” said Quane.