CFOs: This is How You Might Get Higher Pay 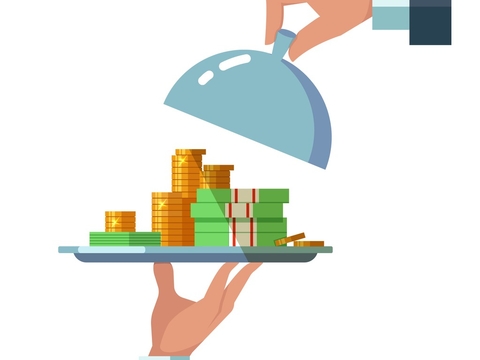 It sounds counter-intuitive but if you—as the CFO—talk like your boss (the CEO), you might get a fatter paycheck.

Researchers at Rice University’s Jones Graduate School of Business and the University of Miami Business School in the US found that CFOs who mimic the way their CEOs talk are not only likely to pocket bigger paychecks, they're also more likely to win seats on their corporate boards.

Examination of CEO-CFO Social Interaction through Language Style Matching: Outcomes for the CFO and the Organization is based on an analysis of a sample of 2,384 US companies’ conference calls with investors and security analysts between 2002 and 2013, said Rice University.

According to the researchers, they They focused on what they call “language style matching,” an unconscious form of imitation based on so-called function words like “I,” “we” and “us.”

“The longer executives work together, CFOs tend to change their language style to be more like their CEOs, but CEOs generally don’t parrot their CFOs,” the researchers observed.

CFOs who sound like their bosses may collect higher salaries and gain entry into the boardroom, but that doesn’t necessarily mean they’re serving their companies well, the researchers pointed out.

“Those CFOs who sound like their bosses are also less likely to voice different viewpoints and challenge CEOs during strategic decision discussions,” the researchers said.

As a result, those companies tend to undertake more and larger mergers and acquisitions, the authors found, and those transactions yield lower returns.

The paper was co-authored by Yan “Anthea” Zhang, professor and the Fayez Sarofim Vanguard Chair of Strategic Management; Robert Hoskisson, the George R. Brown Professor Emeritus of Strategic Management; and Wei Shi, who earned his doctorate in strategic management at Rice Business and is now an associate professor of management at the University of Miami Business School.

Practical implications for senior execs and the board

The findings of the study have three important practical implications for boards of directors, investors and top executives, according to the study.

First, given that social interactions between senior executives are difficult for people outside top management teams to witness, it may be challenging for the companies’ independent board members and other key observers to assess them, the authors said.

“These findings suggest that the board of directors, as well as other internal and external key constituents, should be concerned if the CEO and the CFO are too similar to each other in their language style use,” the authors noted.

“If CFOs are showing high language style matching with CEOs, CEOs may need to encourage or provoke the CFOs to voice contrasting opinions in strategic decision-making,” the authors wrote. “In addition, CEOs may consider introducing programmed conflicts to decision-making processes. CFOs need be forced to voice dissent regardless of their true feelings.”

This matters because a close match in language style suggests that CFOs may not exercise strong due diligence, which is one of their most important jobs, especially with regard to significant transactions such as mergers and acquisitions, the authors said.

Third, these findings have implications for other top executives.

CFOs need to disagree with CEOs

“When CFOs are unwilling to shoulder the role of a ‘devil’s advocate,’ other top executives may need to step in and avoid the tendency of agreeing with CEOs,” the authors wrote. “Instead, these executives should debate different viewpoints with CEOs to avoid ‘groupthink’ decision-making.”

Lessons for other executives

While this study focuses on the relationship between CEO-CFO language style matching, the authors suggest it’s only logical these lessons would apply to other executives as well.

High levels of language style matching between other top executives may benefit their personal interests, but they probably undermine the quality of a company’s other critical decisions, the authors said.

“For instance, given that COOs and CFOs have a low level of power imbalance and thus neither side has a strong incentive to ingratiate the other, COO-CFO language style matching may reflect their social bond, which might impact strategy implementation,” they observed.