In its latest survey of Asia's transaction banking market for Q1 2014, banking research organization East & Partners Asia finds that more power is being wielded by customers due to intensified competition among banks.

East & Partners interviewed 1,000 corporates across ten markets, including China, Hong Kong and Singapore. About 20% of the respondents indicated they would definitely change their primary banking provider within the next six months.

According to Lachlan Colquhoun, head of markets analysis at East & Partners, better incentives and products are luring customers to change banks.

The main reasons cited for the decision to change include improved debt offerings and securities by other banks, lack of added value in the existing relationship, and value for money (see chart below). 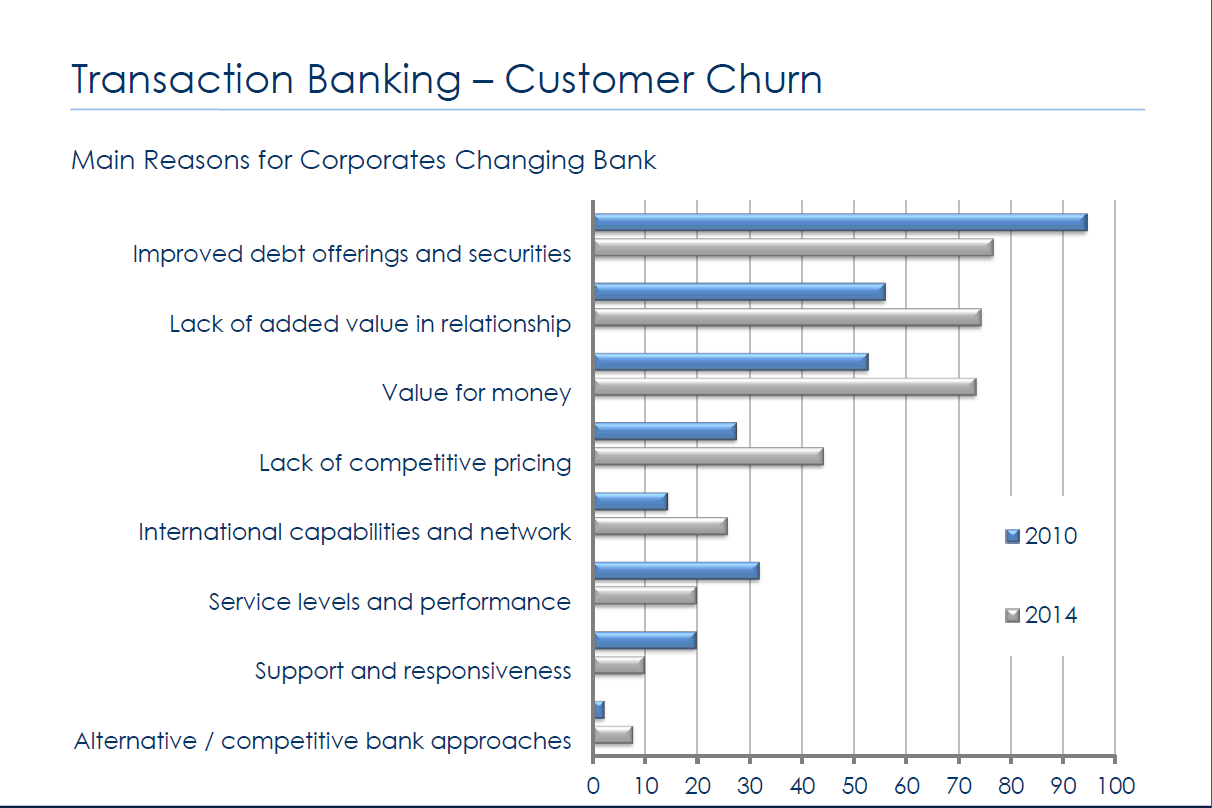 "It's the human piece," says Colquhoun. "It's the relationship piece, where the customer wants transaction banking to be more than a commodity. Of course, there's also good old-fashioned price."

Interestingly, debt offerings and securities, while still a main reason for churn, "have declined significantly" as a reason for changing banks, compared to 2010. The reasons more frequently cited by corporates these days are the lack of added value and value for money, which should be a wake-up call for transaction banks.

There's positive news for the financial institutions, however. Compared with 2010, customer satisfaction with transaction banking has improved with regards to most services, except for liquidity management and short-term debt (see chart below). 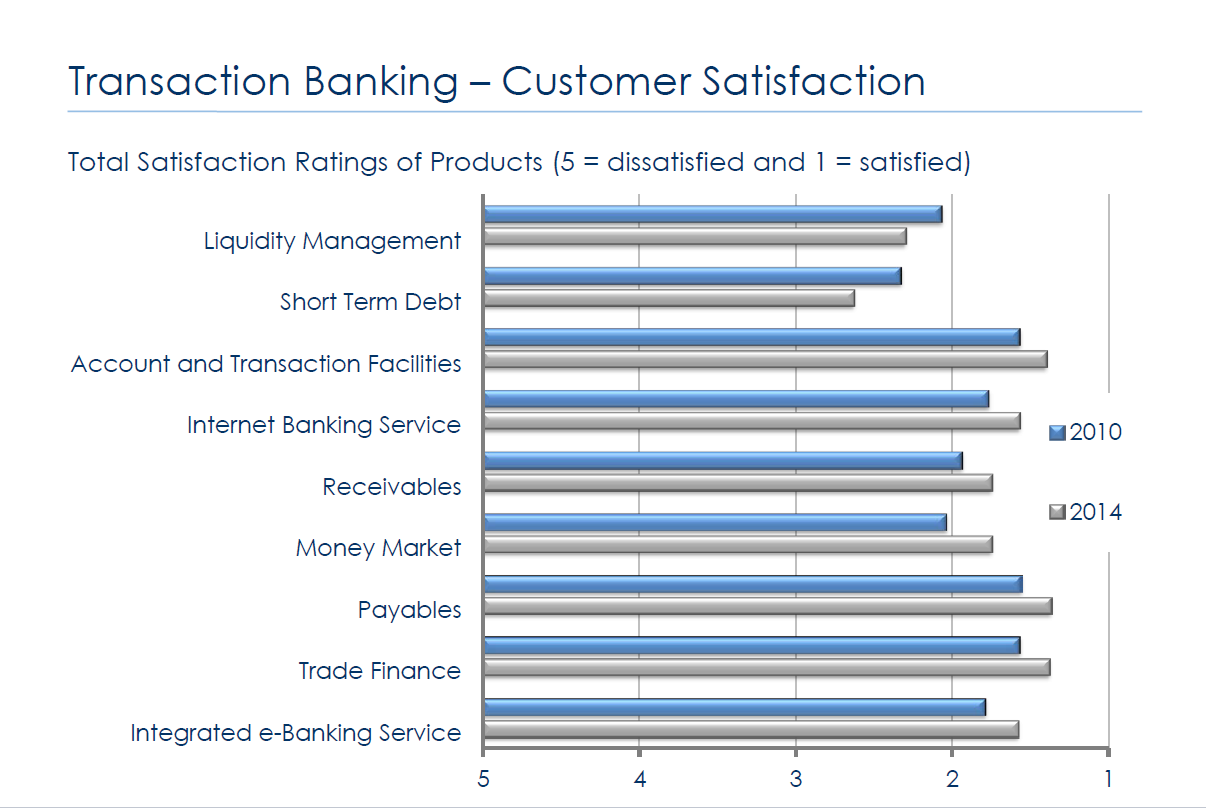