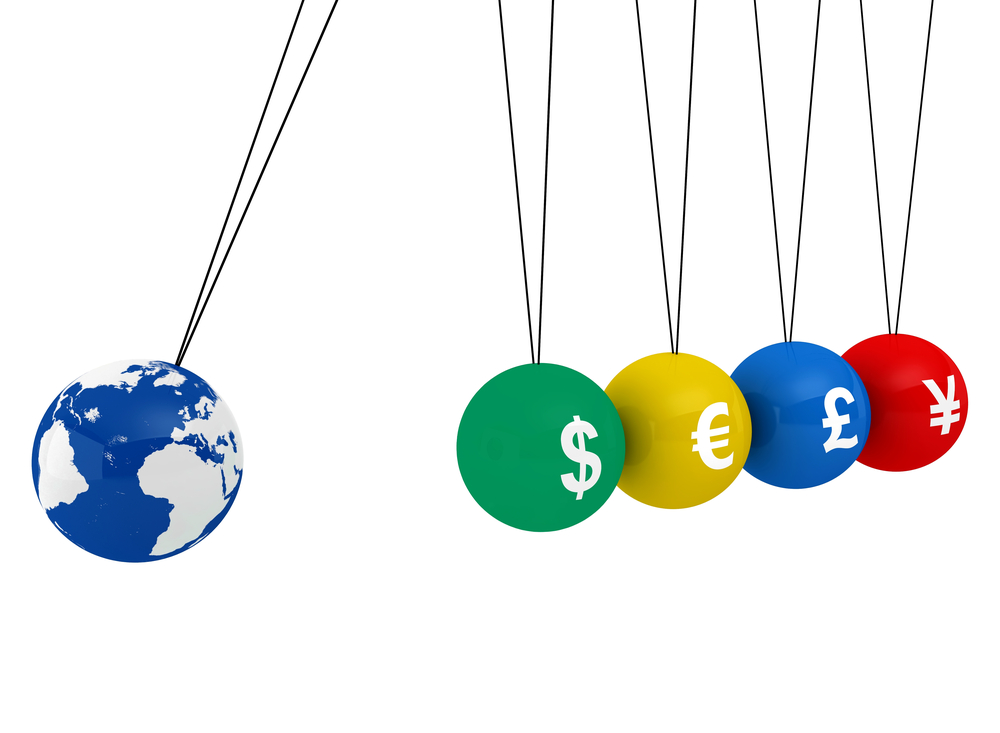 The recent strengthening of the US dollar has had a significant impact on corporate earnings at many US-based companies with significant foreign operations. The magnitude of the change has caught a lot of companies by surprise.

Because of FX’s recent adverse impact on earnings, there’s a pressing need to raise the issue of whether or not incentive plans, which are partly impacted by FX fluctuations, should be revisited

Moreover, because these currency fluctuations were not fully anticipated in the budgeting or incentive-plan goal-setting process, the treatment of foreign exchange (FX) in calculating incentives became a boardroom topic.

Should unanticipated FX swings affect incentive compensation? Shareholders are obviously interested in a resolution, since investors want to see a stronger correlation between compensation and company performance. Boards also want to ensure alignment of incentives and shareholder returns and make sure executives are properly motivated and rewarded for decisions within their control.

In this article, we will look at the different views on the issue of addressing the FX impact on incentive compensation and discuss how CFOs can contribute to the fairness debate.

The recent surge in the US dollar made it the strongest it has been for many years against most world currencies, including the Canadian and Australian dollars, the British pound, and the euro. The resulting change took a US$31.7 billion toll on the earnings of American and European multinationals in the first quarter of 2015, according to a survey by FX analytics company FiREApps.

In many cases, annual bonus and long-term incentive targets were built on the same financial assumptions as earnings. Because of FX’s recent adverse impact on earnings, there’s a more pressing need to raise the issue of whether or not incentive plans, which are partly impacted by FX fluctuations, should be revisited, and whether or not incentive compensation should be adjusted to reflect unanticipated FX fluctuations.

There are three schools of thought in this regard:

Do nothing. This approach is based on the notion that changes in budget assumptions occur all the time, and it is up to management to adopt and adjust to the new conditions.

This view also considers the fact that, if shareholders are experiencing lower-than-expected profits, management should earn less-than-expected incentive pay. Proponents also argue that because incentive compensation was not adjusted when profits received a boost from a weak US dollar against foreign currencies, then for consistency, no adjustment should be made when profits suffer from FX swings.

Hold-harmless approach. This approach neutralizes the impact of certain unplanned or unbudgeted items that affect profits used for incentive purposes, including FX. The rationale is that unplanned or unbudgeted items are largely out of management’s control, and excluding such items from incentive plan calculations allows the board to more properly recognize management’s performance.

Advocates of the hold-harmless approach also exclude unplanned gains – such as lower commodity costs, gains on sale of assets, and positive FX – from reported earnings when calculating incentives.

Corridor approach. In this scenario, the board holds management accountable for a portion of the variation in FX. Unlike the hold-harmless approach, management is not completely insulated from FX fluctuations, and will be more inclined to take prudent steps to manage the impact of FX on earnings, such as sourcing of raw materials in local currency, borrowing in local

To illustrate, suppose the euro is budgeted at US$1.14 against the US dollar. As long as it remains within a given range, say, US$1.07 to US$1.21, the company allows the FX impact to flow through to the incentive plan calculation.

When the exchange rate falls outside of that corridor, an organization can exclude the impact on earnings outside the FX corridor, whether positive or negative. In that way, management is not indifferent to FX, nor is the organization taking extraordinary measures to manage the impact of FX swings.

How FX swings are incorporated into incentive compensation plans going forward – if at all – remains to be seen.

At the outset of each performance cycle, compensation committees typically develop a list of adjustments to earnings for incentive-compensation calculation purposes. Those can relate to accounting-policy changes, such as revenue recognition, changes in tax rates, gains or losses on the disposition of assets, impairments, and other matters.

In future iterations, compensation committees could add adjustments due to FX swings to their list so that there would be a mechanism in place to address unanticipated currency changes.

But given the pressure over the past decade from shareholders and proxy advisory firms to make incentive plans less discretionary, companies alternatively could require that FX fluctuations be removed from the incentive-plan calculation via formula.

That would effectively disallow the compensation committee from using its discretion in deciding how much, if any, of the FX variation should impact the incentive calculation.

Several factors may drive the board’s decision. First and foremost is the question of how adjustments will affect the alignment of shareholders’ and executives’ interests. Will such adjustments be perceived as just and fair?

Another may be how downward adjustments to incentive compensation due to recent FX volatility might affect an organization’s ability to attract and retain talent.

Employees, after all, want to be treated fairly and paid based on what they can influence and on how they perform. If incentive compensation is reduced as a result of FX fluctuations, which management and employees may not consider to be within their control, that could have an adverse effect on how workers feel about the fairness of the compensation program and whether their efforts are being properly valued.

In addition, the impact of this issue could go deep into the organization, affecting anyone who is paid on an annual or long-term incentive plan.

For example, an organization may have 1,000 or more employees participating in an annual incentive plan with only 10 to 15 of them senior officers. Thus, some companies may choose to provide relief to participants below the senior officer level to minimize the impact on morale and retention among the incentive-eligible population, even if no adjustment is made for top officers.

In such cases, it’s important for boards to have a strong rationale for the adjustment and to clearly communicate it to shareholders. In general, boards can help minimize the risk of being criticized by being consistent, having a strong rationale for their decision, being transparent about the factors that went into their decision, and making clear disclosures around the adjustment.

For their part, CFOs can help shape the discussion and the decision by getting to know shareholders’ expectations through their interactions with analysts and major investors.

In addition, it is important for finance chiefs to focus on what is affordable, albeit striking a balance with what is competitive. CFOs, even while struggling with the budget and trying to project out earnings for the next two to three years, should establish acceptable limits on compensation in terms of its dilutive effect on earnings.

And finally, CFOs could spend considerable time with the audit and compensation committees to bridge the potential knowledge gap on compensation and financial performance. In the case of FX fluctuations, their input can help decide – in the case of either positive or negative swings – how these amounts should be reflected in incentive compensation targets and payouts.