The CFO and the CIO: Open Doors, the Cloud and Agreeing to Disagree 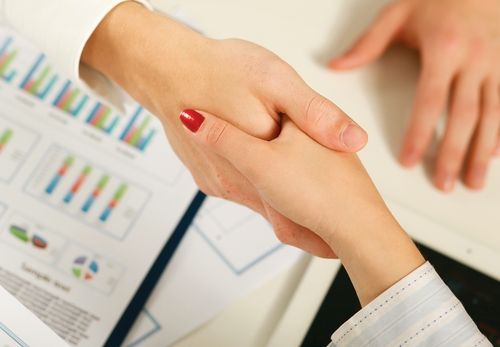 Would CFOs be effective if they stayed holed up in their offices all day analyzing reports and conducting meetings? One CFO’s answer is firmly in the negative.

Hon Ooi Ling, Area Director of Finance for the Four Seasons Hotel Singapore, firmly believes that an open-door policy is integral to getting the job done well. This has, in particular, helped foster collaboration between herself and the hotel’s Regional Director for IT, Ong Choon Hock.

“For IT to make better business sense, a finance person has to consider the IT department’s point of view. Each will gain confidence in the other after listening and engaging with each other”

Ong reports to Hon, and the relationship between the two is one that both describe as being “business partners understanding each other’s needs to meet the same objective.”

It is a journey that should be instructive for other CFOs (and those in IT). 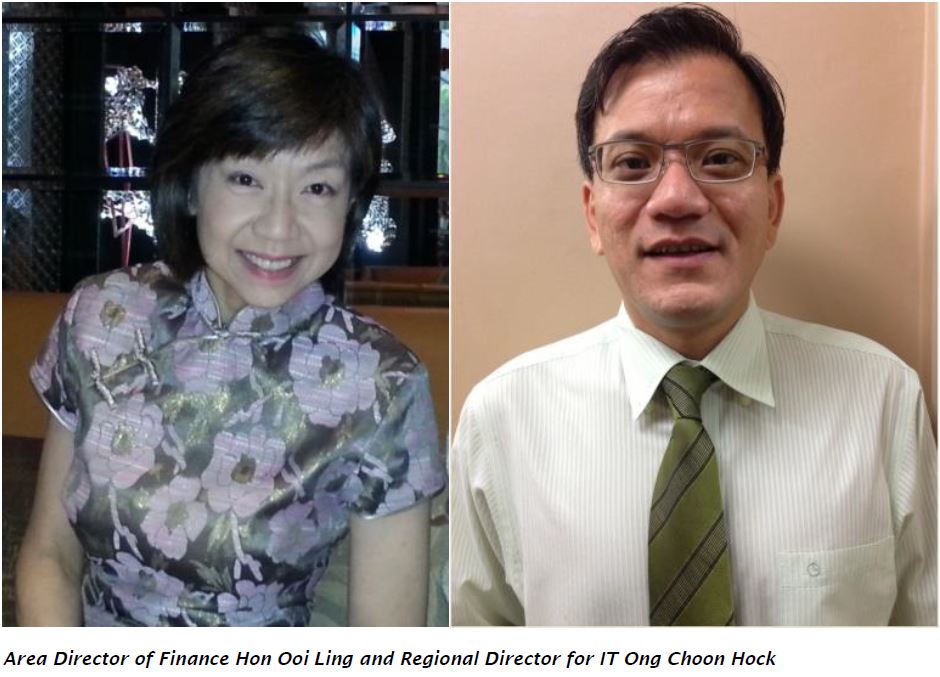 Hon and Ong have vastly different backgrounds career-wise. The former joined Four Seasons in 2003 after stints with PwC, the Regent Hotel and Mandarin Oriental.

Ong was already there, signing up in 1997 after a varied portfolio that included working in a bank, a software house and an IT solutions provider.

The CFO and CIO have a working relationship spanning 11 years together in the same organization, and it has been a journey that both describe as “great”.

Hon, who majored in both accounting and computer science, acknowledges that her background in computer science did help initially with understanding IT. However, technology has picked up pace tremendously since her college days and doing the CFO job requires creativity and keeping up with the times.

“The CFO now needs to constantly be engaged in the business, challenging the status quo and reinvent in order to stay relevant,” she says.

Among other sources of keeping up to date on the technology scene, Hon relies on a close partnership with Ong to better understand things from an IT perspective. This collaboration has led to benefits for both parties.

Finance gets a better grip on the many aspects of IT in the business, while IT enlists finance’s help in convincing the board of the viability of technology investments.

“For IT to make better business sense, a finance person has to consider the IT department’s point of view,” says Hon. “Each will gain confidence in the other after listening and engaging with each other.”

The two have their work closely intertwined. Four Seasons is a global brand with 93 hotels around the world. The company is in the midst of migrating its IT systems globally onto the cloud.

Within the organization, finance and IT are closely aligned, with conferences that focus on collaboration between the two departments held every two years.

An 11-year working partnership is bound to be peppered occasionally with conflict. Hon and Ong have had their share of such disagreements

“Everything involves IT these days. Even the door-locking system, which is typically managed by the engineering department, has an IT element,” says Hon, who holds a firm belief that it is crucial for both departments to listen and engage with each other to foster mutual understanding.

Although many IT directives are globally initiated at the Four Seasons, several IT-related decisions also have to be made on a more local level. This means Hon and Ong are involved with prioritizing – the process of determining which projects are must-haves, and which ones are nice to have.

As IT requirements differ by the hotel, guest profile and pace of technology, Hon and Ong go through the process all the while keeping the hotel’s best interests in mind. Examples of such collaborations include, but are not limited to, deciding which hardware maintenance, in-room entertainment or WiFi provider to select.

Take a business hotel with tech-savvy travelers who bring their own devices. Such a hotel profile would typically require more WiFi bandwidth and equipment upgrades versus a leisure hotel.

Pay-TV, on the other hand, could prove to be a far greater revenue generator in some locations versus others. It then falls into the hands of both the IT and finance heads to determine where best to allocate resources.

Going to the cloud

Going to the cloud is very much a business matter as it is an IT matter.

The global cloud migration initiative, in particular, has proved beneficial to global headquarters and provided the opportunity for more autonomy among the hotels.

“The cloud provides opportunities for decentralization,” says Hon. “The corporate office is still able to monitor everything that’s going on despite each hotel choosing a different vendor from a list of approved providers.”

Part of the CFO’s collaboration with the CIO involves evaluating the viability of different cloud vendors based not just on cost, but reliability. “We have to look at other factors besides the vendor that offers the lower price. The level of service provided, how well-known they are in the industry and how well they can support us in the near future are all factors we have to consider.”

According to both Hon and Ong, the CFO-CIO partnership plays a crucial role in facilitating the cloud move. “Many parties still lack the knowledge and confidence to entrust their business to the cloud, with people needing to first see evidence of the cloud’s benefits,” says Ong.

Risk management and security management issues with the cloud have to be handled the right way, and it is up to the CFO and CIO to explain these issues to the board, say both Hon and Ong.

“A good collaboration between the CFO and CIO will convince people of the cloud’s benefits and why it would be wise to park their money into the cloud. Only then will you be able to get the capital funding you need,” adds Hon.

Fostering collaboration between the CFO and CIO finance and IT can take place even if the setting is not a formal one, says Hon, describing her office as one with an open door policy set up, where staff can feel free to walk in anytime they wish to consult her.

“Having an open door policy means I can approach her for anything,” says Ong. “She’s very supportive and gives good feedback. Working with her has enabled me to understand finance more.”

An IT person who knows business and finance can go very far, adds Ong.

An 11-year working partnership is bound to be peppered occasionally with conflict. Hon and Ong have had their share of such disagreements, though both admit such instances are rare and far between.

“There have been occasional disagreements with regard to which investments to prioritize, particularly when we have to present the case to different stakeholders in order to secure funds needed,” says Hon. “However, as senior management, we all agree to disagree at some stage.”

A key aspect of dealing with conflict lies with ensuring the goals of each party are in aligned in the organization’s best interest, both say. Ong will readily let Hon know of which areas he needs help with, and which areas he is able to support Hon with, though those areas might not be his first choice priority-wise.

“Issues are always put up for discussion, and nothing is impossible if the basic priority is mutually agreed upon,” says Hon.

According to Hon, there is a big difference between being a business leader and being a manager, and it lies not only with having an open door policy with those who report to her. “Nothing is too tedious if you enjoy the company you’re with and what you’re doing,” she declares.