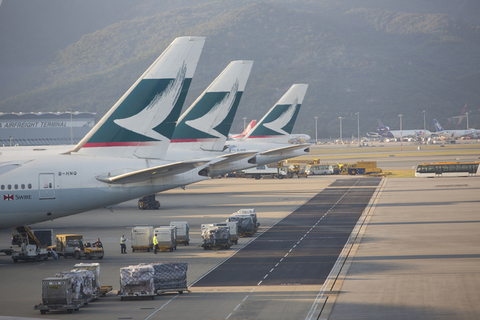 Cathay has agreed to pay HK$2.25 billion (US$287 million) in cash for the acquisition. The flag carrier has also pledged to repay HK$2.68 billion (US$341 million) of debt by Hong Kong Express in the form of promissory notes.

The carrier said HK Express would continue to operate as a standalone airline using the low-cost business model.

HK Express flies 24 aircraft to 27 cities, carrying 4.1 million customers. The majority of the low-cost airline’s flights are to Japan and South Korea, which are popular destinations among travelers from Hong Kong

If the deal goes through, Cathay Pacific would control three of Hong Kong’s four passenger airlines.

Cathay has faced enormous competition form budget airlines in recent years such as AirAsia and carriers like Singapore Airlines and Qantas that’ve already played in the low-cost market.