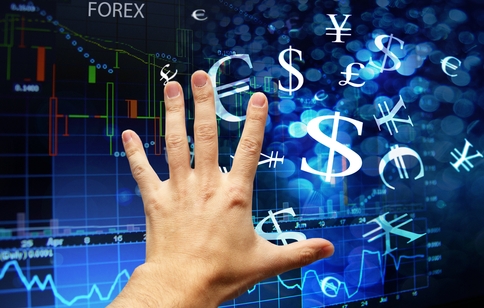 Pharmaceutical giant Pfizer makes most of its money abroad these days, so its operations are exposed to significant currency risk. Such exposure has taken some other multinationals by surprise, as evidenced in sizable hits to earnings.

Yet Pfizer's results suggest that it is effective at actively hedging its currency risk.

In this year's first quarter, ended March 30, 2014, Pfizer CFO Frank D'Amelio told analysts that foreign currency had a 3 percent negative impact on the company's revenues, reducing them by US$364 million.

"We don't hedge currency risk because we can; when we hedge, we do it because it's a conscious decision within a properly designed program."

But FX had a net positive impact of US$195 million on the aggregate of the company's adjusted cost of sales, overhead and R&D expenses. As a result, foreign exchange negatively impacted first-quarter adjusted diluted EPS by approximately US$0.01, compared with the same quarter a year ago.

That’s not bad at all. The consultancy FiREapps says a penny or less impact of FX on EPS is the benchmark for best practices in managing currency risk, based on a recent survey of corporate treasurers.

How exactly Pfizer goes about managing its FX exposure isn't easy to tell. FiREapps declined to comment on that, citing its confidentiality agreement with the company.

But in a webinar FiREapps held in March in the US, the pharmaceutical company's assistant treasurer, Amit Singh, said that Pfizer managed its currency risk by netting all its exposures.

Said Singh: “Given increased globalization, increased currency volatility and increased corporate complexity, we have to look at currency exposure on a portfolio basis.”

Singh noted that the company doesn't care how deeply it is exposed to any particular currency. "Our approach is risk mitigation. We're agnostic to currency levels; we have programs in place that we try not to tweak in response to the most recent swing."

What that means in practice is that Pfizer uses financial instruments, mainly currency swaps and forward contracts, to hedge risk that isn't offset by operational, or "natural," means.

Tellingly, given the recent increase in value of the dollar against other currencies, especially the euro, Japanese yen, Australian dollar and Brazilian real, the hit from FX to Pfizer's net income before allocation to non-controlling interests fell to US$535 million in 2013, down from US$811 million in 2012.

Meanwhile, the value of Pfizer's foreign currency swaps in a receivable position soared to US$871 million in 2013 from $US194 million the year before, while the value of its FX swap liabilities fell from US$428 million to US$110 million. (Its forward contracts showed much smaller changes in value.)

That suggests that the company either saw huge moves by its underlying currency exposures or that it took big speculative positions last year.

Yet none of the company's hedging activities in 2013 were deemed "ineffective" for purposes of the accounting rule known as FAS 133, which means none of the changes in the value of its derivatives showed up in earnings.

Too, the company noted in its most recent 10K filing with the US Securities and Exchange Commission that, according to a scenario analysis it had run, if the dollar had appreciated by 10% against all other currencies by the end of 2013, it would have had no significant impact on its financial results.

None of this surprises Charles Mulford, an accounting professor at the Georgia Institute of Technology. After examining Pfizer's 10K, Mulford communicated his observation in an email to FierceCFO: "Either they have few such FX gains and losses, or the ones they have are being hedged effectively."

As Singh put it during the FiREapps seminar: "We don't hedge currency risk because we can; when we hedge, we do it because it's a conscious decision within a properly designed program."

Food for thought for other CFOs and treasurers grappling with the unsettled state of today’s foreign exchange markets.

Ronald Fink is Editor of FierceCFO in the US, a sister publication of CFO Innovation. Click here to sign up for the FierceCFOnewsletter.