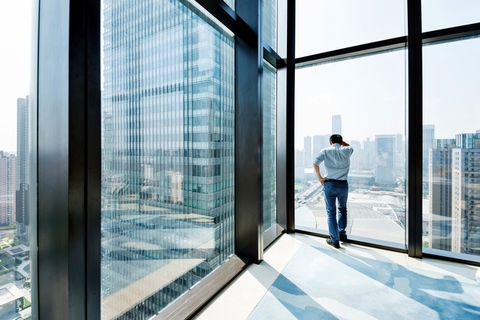 The global economic cycle may have peaked as businesses leaders globally are less optimistic about the economic outlook despite continuing rises in expected revenues, said Grant Thornton recently when releasing its latest International Business Report (IBR).

Among the world’s two biggest economies, there was a divergence between the US, where optimism dropped 11pp to net 78%, and China, where it increased 14pp to net 79%, the firm said.

Some of the largest drops in optimism were seen in the EU, where optimism for the region fell from net 60% to net 46%, according to the IBR.

Refraining from investing to counter risks

Despite the backdrop of looming US interest rate rises, ongoing trade disputes and the end of quantitative easing in the EU, businesses are not taking steps to structurally invest to counter the risks the next stage of the economic cycle present, Grant Thornton noted.

According to the IBR, Investment indications have held stubbornly flat despite rising revenues:

“If we are entering the end of a global cycle, businesses need to rapidly increase their investments and put their expected increased revenues to work to fix the roof while the sun is shining.” Said Francesca Lagerberg, Global Leader Network Development at Grant Thornton. “The need to invest is highlighted by the fact that access to skilled workers is seen as the biggest constraint to growth by 40% of businesses globally.

Businesses confident about next year

However, businesses remain confident about their own performances over the next year, with many having a positive outlook for revenues, said Grant Thornton.

Globally, a net 59% of businesses expect an increase in revenue over the next 12 months. In the US, revenue expectations increased to net 76% from net 61% and in China they rose to net 62%, the report reveals. 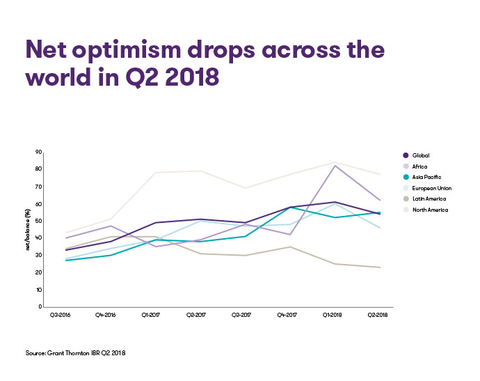