Did you Get it Right? A Look Back at Chinese Yuan Predictions in 2018 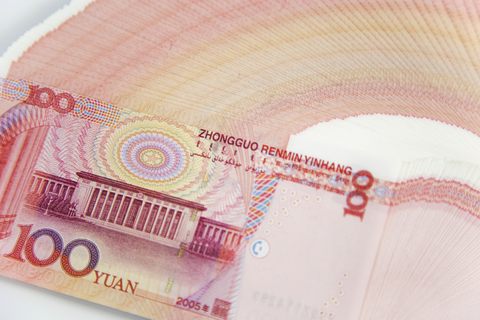 While The Dollar Index has seen a dropping trend since the beginning of 2019, the falling Chinese Yuan (RMB) has become more stable since November 2018 and has climbed up steadily so far in the new year. The RMB hovered in the 6.76-6.77 range three days into this week.

In 2018, the RMB dropped 6% amid the trade war and China’s slowing economy, when the US dollar had gained 4.3% as the Fed hiked rates four times on the back of a strong US economy, rising wage, and dropping unemployment.

It’d be interesting to take a look back at who predicted RMB depreciation and who thought the currency will become more stable towards end-2018 in the past few months.

USD/CNY 7.0 handle is a mere round number instead of a “psychological barrier” as the currency pair has approached this level several times.

The central bank could be targeting small ranges that would lead USD/CNY to cross 7.0.

The central bank is more likely to be managing market sentiment by making sure the exchange rate doesn't surprise the market. The scale of interventions will become smaller as the exchange rate approaches 7.0 so that foreign exchange reserves only fall mildly.

For now, ING maintains its forecast at 7.0 by the end of this year.

If the RMB does cross 7.0, the currency pair could pull back slightly but the RMB would then continue to depreciate further, she said, adding that USD/CNY and USD/CNH to reach 7.3 by the end of 2019.

BBVA: RMB wouldn't go below 7.0 while the equilibrium rate should be in the 6.7-7 range

The Chinese central bank might deploy the measures implemented during the 2015 market turmoil.

If the RMB exchange rate approach the psychological level of 7 in the future, the central bank might impose capital control, intervene in the Hong Kong offshore market, and use foreign reserves to defend.

The continuing depreciation pressure will last for the following months due to unsettled trade war and slower domestic growth.

However, the RMB will not breach the psychological level of 7 because the central bank doesn’t want any financial turmoil like that in 2015 again.

Under the current circumstance, the equilibrium rate should be in the 6.7-7 range.

Natixis: RMB to appreciate by end-2018

The most important factor guiding international capital flows, namely the China-US yield differential, has narrowed significantly since the end of the 2017 to a historical low since early 2016

Fiscal stimulus should push interest rates up. While the PBoC may instill liquidity to support the market, the Fed’s hiking cycle puts additional upward pressure on interest rates in China.

In addition, the recent actions from People’s Bank of China, such as use of countercyclical factor and the imposition of reserve requirement for forward transactions, suggest that a fast depreciation is not desired by the central bank.

Worries about capital outflows have not materialized as foreign investors are still buying Chinese shares and bonds.

However, the potential downside risks of further deterioration in the trade tensions need to be taken into account as well.

The more positive news is that given domestic demand contributes more than 90% of China’s GDP growth, the impact of the trade war on China might be small—0.4 percentage point off the country’s growth for the implementation of tariffs on US$200 billion of Chinese goods.