Attractive M&A Targets Part 1: What Do Buyers Look For? 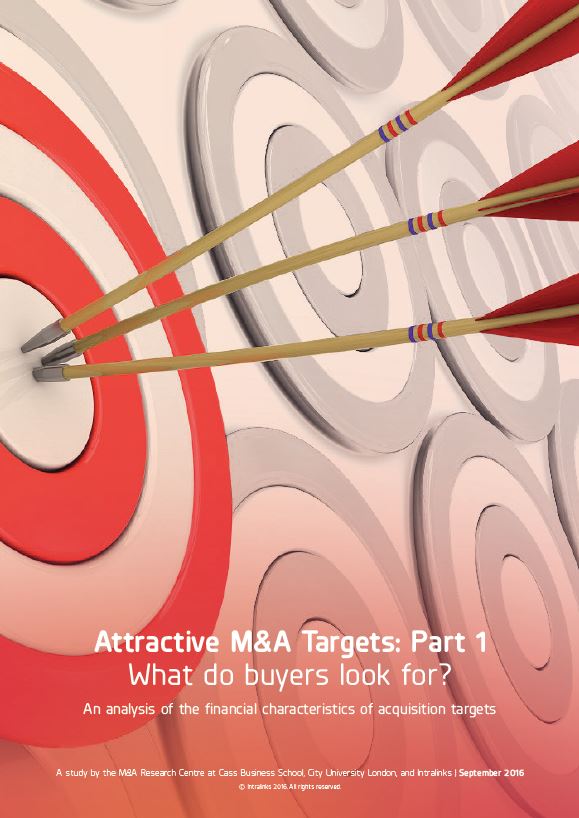 This report from Cass Business School and Intralinks looks at the reason why some companies are more likely to become acquisition targets. The findings are based on a global sample of 33 952 public and private companies over the period 1992-2014.

There are six statistically significant predictors that measures how likely it is for a company to become an acquisition target: