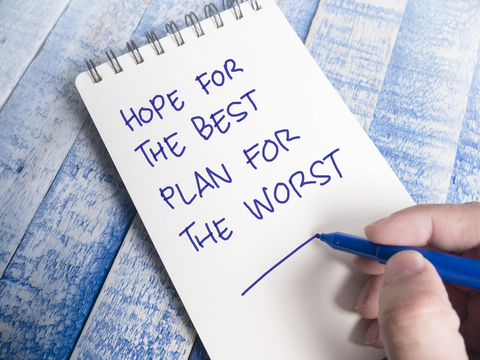 Asian companies remain cautiously optimistic in Q4 2018 while waiting for breakthrough in the US-China trade war, according to a Thomson Reuters/INSEAD survey.

Representing the six-month outlook of 84 firms, the Thomson Reuters/INSEAD Asian Business Sentiment Index edged up to 63 in the October-December quarter, slightly above a near three-year low of 58 seen in the previous period.

Anything above 50 indicates a positive outlook. But the latest result still marks one of the lowest readings since a rout in Chinese stocks in mid-2015 rattled world markets.

"This confirms the reading of the previous quarter: there is more uncertainty, there are increasing concerns about growth," said Antonio Fatas, a Singapore-based economics professor at global business school INSEAD.

"This doesn't mean there is going to be a crisis over the next quarters, but if there is one, this is an indication that it wouldn't be a large surprise to some."

Once again, a global trade war was cited as the chief business risk by respondents. A slowdown in the world's second-biggest economy China and higher interest rates were also cited as risk factors. The survey was conducted in 11 Asia Pacific countries, across a range of sectors from Nov 30 to Dec 14.

Players in the tech and telecoms sector - where valuations have already been hit by concerns over slowing global demand - were one of the most pessimistic in the survey with their lowest-ever reading of 44, said INSEAD.

"Everyone is under pressure from valuations anyway in this sector," said Suresh Sidhu, chief executive officer of Malaysian telecoms firm edotco Group.

"The fact that the trade war and currencies, particularly if you are Asian, start to mess with your revenue and earnings models has added another whammy."

Firms in Taiwan, an important node in the global electronics industry, had the most negative outlook by country in the survey at 17, INSEAD pointed out.

On a country basis, that marked the steepest fall in the quarter, from 58 in Q3, the business school added.

Mature economies the most pessimistic

Companies in other mature economies such as Korea and Japan were among the most pessimistic, while firms in the Philippines, Thailand, Malaysia - the rapidly developing Southeast Asia region - were the most optimistic.

However, emerging Asia also have concerns over the scramble to keep up with rising US interest rates as regional central banks move to defend their currencies against a strengthening greenback

"This is the biggest acquisition we have done in our history so any movement in interest rates definitely impacts our cost of funding," said the firm's investor relations director Supitcha Fooanant.

Other respondents to the survey included Mahindra and Mahindra, Kalbe Farma, Hanson International, Canon, Suzuki Motor, Metropolitan Bank and Trust and Sembcorp Marine, according to INSEAD.