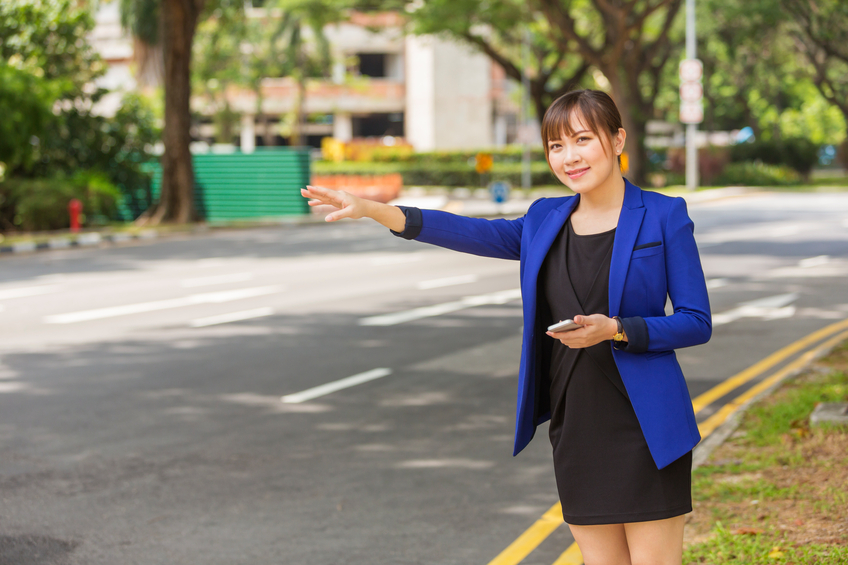 As internet penetration rates continue to rise in Southeast Asia, ASEAN is growing more interconnected by the day. Home to over 663 million inhabitants, the region is projected by many to be among the world’s most promising markets for a variety of internet based services.

Chief among these are services involved in what has been coined the “sharing economy” – a loose collection of peer-to-peer services known to substantially lower costs for key necessities such as transport and accommodation.

In a 2014 study conducted by Nielsen, Indonesia and the Philippines ranked as two of the top five populations worldwide primed to participate in the sharing economy. While Indonesia ranked second in the study, with 87 percent of respondents reporting a willingness to utilize products within a sharing economy, the Philippines only trailed by two percentage points, earning fourth place.

In the same year, Forbes highlighted Singapore as another notable member of ASEAN with regard to its potential for sharing-based services.  Given projections that place the value of the sharing economy’s global revenue at US$335 billion by 2025, Southeast Asia is likely to be a significant benefactor.

Entrepreneurs and government authorities are working to make the Philippines the lead example of a successful sharing economy within ASEAN. Both legislators and innovators are also taking an active approach to growing the sharing economy in Singapore

However, as evidenced by the reception of sharing economy heavyweights such as Uber, it is clear that market incumbents and policy makers alike struggle to grasp how peer-to-peer platforms fit into the existing business environment.

As the sharing economy navigates an international identity crisis, it will be critical for ASEAN investors to understand both the opportunities presented by prevailing demographics, as well as current regulations and government sentiment regarding their particular line of operations.

Philippines. Entrepreneurs and government authorities are working to make the Philippines the lead example of a successful sharing economy within ASEAN. In 2015, the Philippines Department of Transportation and Communication (DOTC) worked with tech companies and shared service providers to pass legislation directed at ride sharing.

Industry leader Uber praised the regulations and the Philippines government for their openness to innovation. Most recently, the World Bank worked with Grab and the DOTC to launch the Open Traffic initiative that uses GPS information from Grab’s drivers to help officials address traffic safety and congestion.

The World Bank intends to extend the Open Traffic initiative to other major ASEAN cities.

Indonesia. Violent protests on the streets of Jakarta planned by Indonesian taxi and bajaj motorbike drivers demonstrated the conflict that ride-sharing platforms like Uber, Grab, and GO-JEK, a Philippines start-up specializing in motorbike transport, can cause.

However, the reaction of long time unchallenged incumbents also attest to the consumer demand for sharing economy services. While taxi drivers complained of unfair rules governing ride sharing platforms, the World Economic Forum noted that taxi companies can compete with Uber and Grab on price, and their existing network offers a larger capacity of service.

Singapore. Continuing to encourage ground breaking technology, Singapore was an early hotspot for sharing platform start-ups. Both legislators and innovators are taking an active approach to growing the sharing economy within the city-state.

In early April of this year, Singapore announced well-defined regulations for ride sharing platforms like Grab and Uber to legally operate in the city-state. Grab reacted positively to the regulations, which are intended to take effect in the first half of 2017 and include more extensive training requirements for private hire drivers.

In 2015, six Singaporean companies came together to form the Sharing Economy Association, which fosters sharing economy growth and collaboration with the local government.

Other than ride sharing in a select few cases, most sectors of the sharing economy, including food and accommodation services, remain unaddressed by lawmakers

Opportunities for the Sharing Economy

Southeast Asia represents a substantial and viable market for sharing platform enterprises. The success of companies such as Grab, Uber, and Airbnb, despite mixed regulatory responses throughout ASEAN, proves that consumers are eager to participate in the sharing economy.

It is a propensity to allocate products and services nearly on-demand (combined with flexible business structures) that make the sharing economy so appealing to consumers. This, in turn, attracts foreign investment and inspires local start-ups like GO-JEK, Triip.me, and Grab, which have been able to compete with global brands.

Many of the sharing economy’s leading enterprises add value to their markets by offering solutions to everyday problems that traditional providers struggle to address.

Southeast Asian ride sharing platforms not only ease people’s concerns with hailing taxis, but they also present an affordable way to avoid parking fees and stress. In Malaysia, Uber reported that most of its customers owned cars but did not want to search for parking or pay for costly spaces.

In a region where traffic is daunting, space is limited, and supplies are not always readily available, the sharing economy connects people with the resources they need and puts money in the pockets of those willing to share.

As Southeast Asia looks ahead to major tourism growth, sharing platforms will follow.  From lodging to travel advice to local cuisine, the sharing economy offers tourists an insider’s touch to their travel.

Digital and physical infrastructures are fundamental to most sharing platforms. Southeast Asia poses a unique challenge in this respect.

ASEAN nations must continue developing their digital networks for platforms that rely on credit card payment and internet booking. Platform developers must also look to adapt to regional markets where cash is the leading transaction medium.

Physical infrastructure, specifically housing and roads, will be vital to sustainable operation of the sharing economy’s leading sectors: room and ride sharing. Although limited room availability and difficult driving conditions fuel demand for sharing platforms, investors will turn away from ASEAN if there is no excess housing and roads are impassable.

Sharing economy enterprises face accusations of operating in a legal gray area. With Singapore and the Philippines being the two exceptions, most ASEAN nations have yet to pass clear legislation directed at peer-to-peer platforms.

While some consider it an advantage that the sharing economy is left unregulated, Uber’s reaction to regulation announcements suggests that companies prefer clear guidelines to direct their growth. Other than ride sharing in a select few cases, most sectors of the sharing economy, including food and accommodation services, remain unaddressed by lawmakers.

Between their legislative pull and well developed networks, existing providers have the ability to actively block sharing platforms from entering the market.