The Art of Negotiation: Never Fall In Love 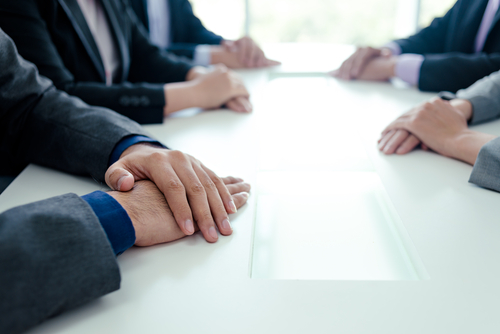 In 1999, when US household goods company Newell approached Rubbermaid to discuss the possibility of a merger, it seemed like a good idea. Rubbermaid’s product lines appear to complement Newell’s, and the projected synergy looked to be a foregone conclusion.

The deal went ahead in a multi-billion dollar deal worth US$5.8 billion. But it has since gone down in M&A – mergers and acquisitions – history as one of the biggest busts ever. Former Newell CEO Daniel Ferguson has admitted that Newell grossly overpaid for Rubbermaid.

“It’s important for negotiators, when they go to the table, to be mindful of the ‘no deal’ option”

Why? “A party may fall in love with the target before doing due diligence by believing the target would create synergy,” says Michael Benoliel, Associate Professor of Organizational Behavior & Human Resource at Singapore Management University (SMU).

This might explain how, despite being given just three weeks to perform due diligence, Newell committed to the deal and acquired Rubbermaid. It also demonstrates the dangers of poor negotiation skills.

When to walk away

“It’s important for negotiators, when they go to the table, to be mindful of the ‘no deal’ option,” says Benoliel, who teaches negotiation at SMU.

Such situations arise when the must-have objectives cannot be met. Negotiators hammer away and sometimes settle for a less-than-optimal deal because “nobody wants to lose the sunk costs that have already gone into the negotiations.”

“When there is no deal,” Benoliel says of negotiators striking a deal when they should not, “there is a sense of failure.”

Benoliel emphasizes the importance for negotiators to know their must-haves (critical) and like-to-haves (desired).

That way, not only can negotiators identify when there is no deal. It also makes negotiations much more fruitful when both sides know what they are talking about.

“The ideal negotiation will be when both negotiators are highly skilled and highly prepared,” Benoliel explains. “However, it’s naïve to think that both sides in a negotiation are equally prepared.”

“There is always some information asymmetry and preparation asymmetry. The question is: how much? If the discrepancy is too high, it’s not constructive for negotiations.”

When one side is clearly much better prepared than the other, it might be tempting to take full advantage, but Benoliel believes that might not be the wisest thing to do.

“A well-prepared negotiator, Negotiator A, can take full advantage of the poorly prepared Negotiator B, and claim plenty of value. That would work if Negotiator A is thinking of the negotiation as a tactical one, and not a strategic one.

But “as a negotiator, you don’t want to claim too much value because in the long run, it may not be the best strategy.”

He adds: “One of the things a highly skilled negotiator can do is not take advantage of the less well prepared negotiator and give the other side time to prepare, or slow down the negotiation process instead of overwhelming him.”

In negotiating M&A deals, effective due diligence is of crucial importance. Besides falling in love with the deal even before the numbers are crunched – Benoliel describes this as “confirmatory bias” – senior executives can suffer from hubris or overconfidence.

This is when executives believe “they hold more information than they actually have, or consider their own information more valuable than external information,” resulting in a subjective and errant decision.

Ex-Newell CEO Ferguson was particularly guilty of falling in love with the Rubbermaid deal before due diligence was done.

But Rubbermaid played a part in the debacle as well. It is guilty of “perfuming the pig,” as Benoliel describes it: stuffing the channels of its retailers and distributors with inventory to create the impression of higher sales.

“The scope of due diligence is too limited . . . Not enough attention is paid to things such as the managerial competency of the target company”

Rubbermaid then imposed a three-week period during which Newell could conduct due diligence or risk having the deal called off – classic time-pressure tactics.

The combination of Ferguson being in love with the deal and Rubbermaid’s time-pressure tactics led to the inevitable merger, which produced Newell Rubbermaid.

It was the “merger from hell,” as one business magazine put it. Newell and Rubbermaid shareholders suffered significant decline in share value, eventually leading to US$514.9 million being written off in goodwill in 2002.

To avoid such financial pain in future, Benoliel suggests changing the way due diligence is done.

“The scope of due diligence is too limited,” he believes. “Traditionally in the US, for example, it centers around financial and legal issues, and the financial engineering around the deal.”

“Not enough attention is paid to things such as the managerial competency of the target company,” Benoliel goes on. One solution: “Hire an expert in a specific field to measure the capabilities of the managers at your target company.”

“Also, not enough focus is put on whether the buying company and the target company have a cultural fit. The scope of due diligence needs to be much wider than it is currently.”