A Young CFO Takes on the Challenge of Business Partnering 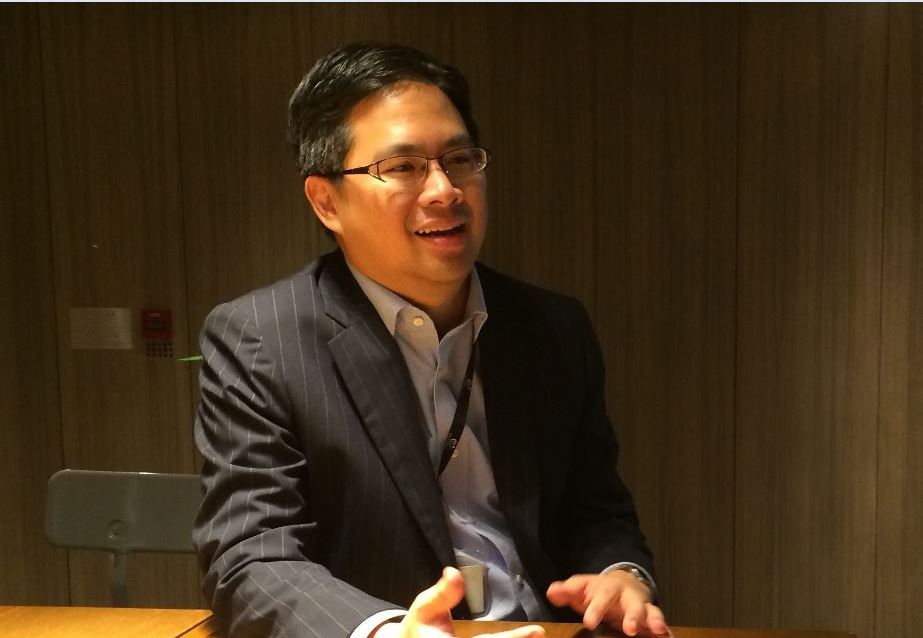 In some ways, Asia’s present-day prosperity is built on yesterday’s textile mills and garment factories. These ‘sweatshops,’ as they were perceived, allowed economies like Hong Kong, Malaysia and now China to climb up the value chain to electronics, financial services and other higher value industries.

The region’s textile companies are actually still around today. But they are themselves transforming into vertically integrated operations that focus on high fashion – and their financial management is under pressure to change along with them.

That’s the challenge that CFO Wilkie Wong has been grappling with in the past two years at the Esquel Group, a US$1.3-billion cotton-farming-to-weaving-to-apparel-to-retail Hong Kong enterprise founded in 1978. The family-owned company supplies shirts to high-profile clients such as Ralph Lauren, Lacoste and Brooks Brothers.

As a non-accountant, the new CFO looked at finance with a fresh set of eyes. One of the first things he did was conduct an informal survey about what finance was doing and what else it should be doing

“I see my role as trying to help the finance team to better understand the business issues,” says the former McKinsey consultant, who has degrees in civil engineering and operations research from Columbia University and an MBA from MIT Sloan School of Management. “I’m putting together a vision to transform the finance team.”

The vision is for finance to spend five minutes generating reports and five hours analyzing the numbers to better advise the business on operations and strategy, instead of the other way around, as is currently the case. The tools of choice are technology, automation and shared services, as well as change management, training and job rotation.

It’s too early to say whether the initiatives would succeed – the Oracle Release 12 financial management system went live only on June 23. But the 40-year-old Wong is optimistic. He is confident that Esquel’s 300-strong finance organization is ready and willing to go beyond control and compliance.

Other companies may glean insights from the strategies he has devised, which include:

Wong started his career with McKinsey in Hong Kong in 1996. He joined Esquel in 2004 and eventually headed the General Management Office (or “General, Miscellaneous and Others,” as he jokingly puts it). Among other functions, Wong oversaw corporate communications and production planning and control.

In 2010, he was named CFO for Hong Kong and Overseas and Group CFO in June this year. He was also tasked with overseeing IT. “Esquel does not box you into a certain role,” Wong explains. “The role does not define the work; it’s the people holding the role that defines the work.”

As a non-accountant, the new CFO looked at finance with a fresh set of eyes. One of the first things he did was conduct an informal survey of business heads and others in the organization about what finance was doing and what else it should be doing.

“They said the team was very professional, handles transactional matters very well, makes sure payments are done on time and so on,” recalls Wong. “But they also wanted the finance team to do more. For example, how can they get more engaged in some of the business decisions?”

Those findings were shared in the internal finance conference, where team members brainstormed with their new CFO about the way forward. Wong says the finance organization was supportive. “They see this as part of their on-going improvement.”

The key stumbling block was time. Monthly closing at the site level – Esquel has about a dozen factories and other units in China, Malaysia, Mauritius, Sri Lanka and Vietnam – required seven working days or more, leaving staff little time to do other things except for transactional activities.

They need to make manual adjustments on the Excel files that went back and forth between the sites and the head office consolidation team – even though Esquel had deployed an Oracle system for accounting and finance ten years ago.

“But I don’t think we are using it too well,” says Wong, echoing the experience of many CFOs about enterprise software deployments. “My gut feel tells me that there are functions that are there that we’re not using yet. Some sites are, but others are not – and that’s not to mention new functionalities that have been put in the newer releases.”

“I want them to spend five minutes creating the report and five hours to understand, to analyze, to ask questions. They see some anomalies, they see some trends, they go and talk to the business people”

When Oracle launched its Release 12 upgrade, Wong decided it was time to move. That’s easier said than done. “One thing that happened in our case, the further away you are from the corporate head office, the larger the deviation from the standard process,” he says. “As people moved, some of the knowledge moved. The process has also changed over the years.”

Finance initiated a major review of the accounting and finance processes, and also at the reporting requirements, which took up a major portion of the finance team’s time. Reporting was being done on Excel, which the team preferred over Oracle’s reporting modules such as FSG and Discoverer. “Those are more difficult to use,” says Wong.

What finance did was deploy a third-party reporting tool called GL Wand, which was developed and sold by Excel4Apps. “It can tap into the Oracle database with the proper chart of account setting and all that, but on an Excel interface,” says Wong. “That makes it quite an easy job for our people to get a handle on the data, without going through the built-in Oracle reporting tools.”

It’s a short-cut that he thinks will work because “a lot of our people are very good at Excel, partially by training and partially by necessity.” At the same time, GL Wand is optimized to interface with Oracle Release 12, but does not allow the underlying data to be changed.

The real attraction is GL Wand's ability to automatically update all the reports that draw from the Oracle system, as new entries are made there. “Of course the onus of data integrity will be put forward at the data entry aspect, but I feel it’s a better process, rather than having to do backward adjustments,” says Wong.

The pay-off is that the sites will no longer need to generate reports. Using GL Wand, the head office consolidation team should, in theory, be able to do the monthly closing itself and generate other reports directly from the Oracle system.

“The local sites will be able to probe deeper and understand more,” says Wong. “I want them to spend five minutes creating the report and five hours to understand, to analyze, to ask questions. They see some anomalies, they see some trends, they go and talk to the business people.”

He plans to free up more of finance’s time by expanding Shared Services. There is a finance SSC pilot program in Gaoming in the Chinese city of Foshan, the company’s main operations hub that employs 30,000 people.

Wong recognizes that it will take some time before the SSC can scale and cover cross-border transactions. “The company culture is not: ‘OK, let’s have a Shared Services Center, and in one year, things happen,’” he says. “We are more consensus-driven. We want to go at a pace where most people are comfortable. Some are believers, some are not.”

He hopes the go-slow approach will build up confidence while easing anxiety at the same time. “I like to position it to the finance team as: ‘OK, we want to promote commercial partnerships. In order to do that, I need to take away something from you, otherwise you’d be overwhelmed.”

“By taking away some of the financial accounting aspects and putting them in Shared Services, the processes would be more standardized and I take away some of your workload. As a result you can spend more time understanding the business.”

What about finance in the head office? The initiatives should also free up some of their time, which can be devoted to partnering with the sales organization – two-thirds of employees in Hong Kong are in sales.

“At the moment, the financial understanding of sales and the customers is not at the level that I hope it to be,” says the CFO. “Costing, pricing, discounting – knowing when to give discounts, and when you don’t need to. Or how much to give without losing your shirt.”

The head office team already assists the business with issues around expansion, M&A, capex and strategy issues. “If we do what we hope to do, not only will the site team be able to support operations,” says Wong. “The head office team, in addition to helping with strategic decisions, will also be able to better support customer conversations.”

The key assumption underlying all these changes is that the hundreds of finance people in Esquel have the desire and the capability for business partnering. Do they? Why not, says Wong. “We are a relatively young team and we still have the agility to learn. And we have quite a number of MBAs. In this sense, we have not been harnessing this resource.”

“I personally feel that the more you interact with the business users, the more fun it gets,” he says. “There’s only so much fun you can generate out of doing reconciliations. That’s essential, but that should not be the main focus.”

“It’s not rocket science,” he argues. He says the finance team will be supported with the training, mentoring, job rotation and other help that they might need. ‘Yes, there are people who would want to focus primarily on the numbers, but I think most are looking to engage with and understand the business more.”

Esquel is certainly not the first company to want to transform finance, and it will not be the last. With luck, Wong’s way will prove successful – and provide a template for other CFOs to consider using.