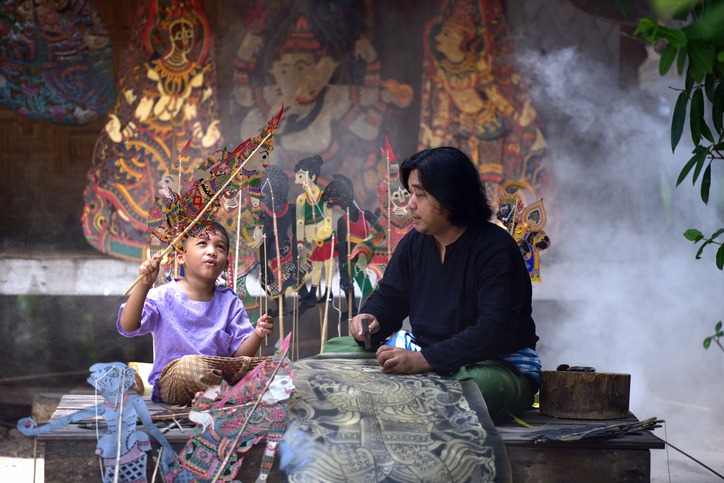 Once upon a time in a land far away... We all know this phrase, beginning from our childhood when our parents told us fairy tales about kings, knights, and dragons all fighting for the kingdom and the princess.

However, storytelling is not only for kids at bedtime, but is certainly also for grown-ups in the middle of their career and for companies in general. Those that tell stories will get others to listen, and if you’re a company leader, and certainly if you’re a sales person, that’s exactly what you’re aiming for.

There’s one department in the company, though, where the art of telling stories hasn’t really found its place yet. The finance department.

Finance people like numbers, not words and while you can certainly get creative with how you present the numbers, you will still need to put a story around them. Let’s discuss why this is important and how you can do it.

What most finance people can do are to tell you, on an account-by-account basis, what the variance is, and a one-liner on what has happened to create the variance. That’s hardly engaging and gives the impression you lack business knowledge

Let’s first take a look at the definition of storytelling: “Storytelling is the social and cultural activity of sharing stories, often with improvisation, theatrics, or embellishment.”

Let’s be honest. No matter how fancy a PowerPoint presentation you make, it’s hard to make your numbers look improvised, theatrical and embellished. What most finance people can do are to tell you, on an account-by-account basis, what the variance is, and a one-liner on what has happened to create the variance.

That’s hardly engaging and gives the impression you lack business knowledge every single month you press send on that management report. Even your waterfall charts and heat maps won’t change that. So you need to build a story around the numbers to explain why a particular event happened.

This is important because you want to make your numbers understood by the business. Moreover, you should consider that people working in other functions are typically learning and understanding developments and new concepts in visual and verbal ways – whereas finance people learn largely by the numbers.

Storytelling will be your bridge to creating a common understanding of business performance with the frontline managers and peers in the leadership team in order to guide them on how to improve. That's why storytelling is important even for finance people.

Reporting vs. telling a story

Let's take a look at one example of how to create this bridge and create a new understanding using storytelling. As the Finance Manager, you’re at the monthly management meeting and you’re asked to explain the numbers of one of your company’s drilling rigs’ performance in the last month (I've worked for a drilling company for five years, hence the choice of example).

Here are two scenarios and you tell me which one you think will get the most attention from non-finance people:

So last month we delivered revenue of US$1 million above our budget and by looking at the operational reports I could understand that this was due to the rig operating for 97% of the time in the month, whereas we had budgeted for 95%.

When it comes to the costs, we did overspend slightly, amounting to US$500,000, and I’m a bit concerned about the trend we’re seeing over the past couple of months.

I think it’s time your rig crew starts tightening a bit on their repair and maintenance accounts and postpone a few projects. If we do this and keep the high uptime, we will come in ahead of the budget for the year despite slight overruns on the repair account.

To better understand our business and the operations I took a tour of our drilling rig last week, and I must say it was a very inspiring experience. Already, when our helicopter approached the landing pad on the rig, I could see how much effort the crew puts into maintaining the rig as the sun glittered in the water and reflected on the newly painted hull on the side of the rig.

When we landed, I immediately noticed how clean, neat and tidy the deck was, and walking towards the meeting room where we were to receive our safety briefing, I even noticed one of the crew members having an educational session with one of his co-workers on how to clean up a workstation before leaving it to his colleague, as he had noticed some spare parts lying around on the floor following a repair of one of the mudhoses.

I asked the Drilling Rig Manager following the safety briefing how come we would spend so much money on paint and so much time on discussing how to keep workstations clean when we had a whole drilling operation to run. He very much appreciated the questions as it gave him an opportunity to explain how frequent painting keeps rust away and generally prolongs the lifetime of the drilling rig.

He went on to say that keeping the rig clean makes it a lot safer and if an accident were to occur it would lead to an immediate stop of operations causing downtime, where no money was earned while the injured would be cared for.

Suddenly, in the middle of this conversation, I understood how we manage to keep the rig operating almost all the time, and how we can be US$1 million ahead of our revenue budget this month and US$6.7 million ahead YTD. I also understood right there and then how we’ve made a deliberate trade-off between slightly higher maintenance and staff costs vs. risk of accidents and wear and tear of the drilling rig.

It’s clear that, without the US$500,000 overrun on costs for the month and US$2.4 million YTD, we would only have been able to run the rig for 95% of the time and, generally speaking, we would have earned US$4.3 million less overall.

Which scenario works for you?

You might find the second scenario overly wordy to describe the exact same numbers and argue that it’s not like no explanations are given in the first scenario.

However, you should also notice how the Finance Manager is now able to display a lot more business knowledge about how the financial results are achieved, and not least, demonstrates an understanding of the trade-off between spending money and earning money.

In fact, the clear difference is that the Finance Manager now understands that instead of a cost overrun on some accounts, (s)he should apply a much more holistic view as, without those overruns, more likely than not the company would have earned less money.

Now, instead of asking the Drilling Rig Manager to turn it down a notch on the money spend, the Finance Manager will say to continue doing a great job. And Finance will be more likely to approve spending in the future.

In addition to this, the drilling rig team will also show a lot more appreciation towards the Finance Manager for actually taking the time to go see what the business is all about, rather than just sitting behind a screen trying to explain some numbers. This is the start of a successful partnership between Finance and the business, rather than Finance merely being perceived as naysayers and bean counters.

I hope you now see how telling the story behind the numbers can lead to a lot of positives for Finance in our efforts to try and partner with the business and ultimately create more value.

Anders Liu-Lindberg is the Senior Finance Business Partner for Maersk Line North Europe and works with the transformation of finance and business on a daily basis.