Malaysia: Is Real Change on the Cards? 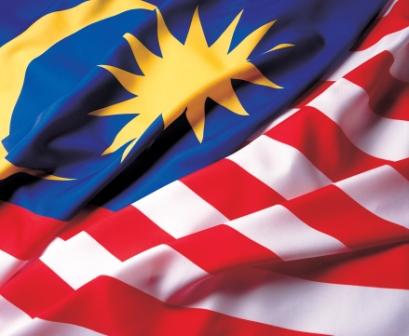 On April 4, Sebastian Vettel of Red Bull Renault won the Malaysian F1 Grand Prix with teammate Mark Webber coming second.
It was also the week that Malaysia’s Securities Commission announced the appointment of Nik Hasyudeen as the first executive chairman of the newly formed Audit Oversight Board (AOB).
AOB commenced operations on 1 April 2010, and its role is to oversee the auditors of public interest entities to ensure the protection of investors' interests and to promote confidence in the quality and reliability of the audited financial statements of public-interest entities.
Nik Hasyudeen was previously the president of the Malaysia Institute of Accountants and has held various leadership roles with the Asean Federation of Accountants, CPA Australia and CAPA. As the first executive chairman of AOB, his initial task is to put in place the right institutional support and processes and to hire highly talented professionals to help raise the standards of audit and transparency, through better monitoring of the auditing profession, and one that will create better investor confidence in Malaysia's capital market. The development of the AOB represents one of several capital market reforms in the country.
The week also saw the government unveil several liberalisation measures in its latest attempts to regain its international competitiveness and win foreign investors' confidence. These government reforms are part of what the prime minister, Datuk Seri Mohd Najib Abdul Razak, described as the New Economic Model (NEM).
The main goals of NEM are to turn Malaysia into a high income developed nation with inclusiveness and sustainability by 2020. The target is to move the per capita GNP to US$17,700 by 2020. In short, NEM will be based on competitiveness, innovation, creativity and high value added, and will focus on growth areas such as private education, health tourism, Islamic finance, ICT (information and communication technologies), creative industries and bio-technology, and the role of foreign investors in raising the level of competition and innovation.
Malaysia's declining competitiveness is one of the factors leading to the stagnation of national growth and productivity, and, as a result, Malaysia - as the 33rd largest economy in the world - is stuck in the middle income trap.
The National Economic Advisory Council (NEAC), which advises the government on its medium and long-term macro strategy and policies, identified the following reasons behind Malaysia's declining competitiveness – inflexible public sector, over dependence on primary commodities and electronics for exports, not enough of a high value work force, brain drain, a widening gap between rich and poor, and an inefficient system that encourages rent-seeking patronage and pervasive corruption.
Malaysia has been hugely successful with its strategies and polices of the 1980s and 1990s that saw the economy transform to become the largest manufacturing base of the region, supported by modern infrastructures and a well educated workforce. But in recent years, regional competitors have overtaken Malaysia in the race for investment and growth.
Business leaders share the view that unless Malaysia moves away from being a manufacturing-based economy dependent on cheap and semi-skilled labour and becomes a high-technology and modern services-based economy that requires highly-paid and skilled workers, the country runs the imminent risk of a downward spiral and faces the painful consequence of being overtaken by its regional competitors.
Business support for the new economic model has been mixed. While many believe that moving up the value chain is the right thing to do, these must come with structural changes to government policies that include dismantling the system of price controls and subsidies, reforming the current new economic policies with fairer affirmative policies, consistency in government policies and commitment to execute the bold measures to unlock investment, drive productivity and adopt a new mindset.
No one disputes the need for the nation to move to high income status as the new economy will provide greater opportunities for growth in new businesses, as well as adopt new ways of doing business through the greater use of technology and innovations.
Retention of top talent remains a real concern. In 2008, some 350,000 Malaysians left the country to work abroad. NEAC recognises top talent as a key success factor and several reforms are necessary to raise the education standards, as well as creating new industries to attract and retain the top talent.
Stewart Forbes, an executive director of the Malaysian International Chambers of Commerce and Industry, which represents more than 1,000 foreign firms, has high praise for the NEM report, but he says it must be matched with equal clarity and decisiveness towards the delivery of the action agenda.
Indeed, the next step for the government is to translate policy statements into actual policies and actions. Much work and resources are necessary. But the biggest hurdle is to ensure that such vision is supported by real action – and this can only happen if the majority of stakeholders have the courage to change. Any grand plans can easily be derailed if those who are responsible only pay lip service and there is no political will to accept change.
Only time will tell.
About the Author
Tay Kay Luan is a director of the Association of Chartered Certified Accountants (ACCA).
Read more on
external audit Malaysia