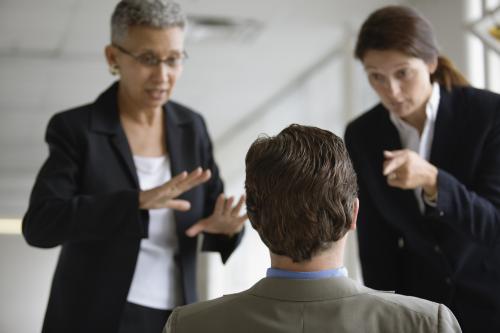 Over the past year or so, progressive strategists have been undertaking noble experiments (such as shorter financial-planning cycles) while dropping the pretense that they can make reasonable assumptions about the future. My sense, though, is that achieving truly dynamic management will prove elusive for most organizations until they can figure out how to get their senior leadership (say, the top 150 managers) working together in a fundamentally different way.

The knowledge, skill, and experience of these leaders make them better suited than anyone else to act decisively when the time is right. Such executives are also well placed to build the organizational capabilities needed to surface critical issues early and then use the extra lead time to gather intelligence, to conduct the needed analyses, and to debate their implications.
The specifics of how companies should build these muscles will of course vary. Well-run organizations – particularly those accustomed to using stage-gate-investment approaches for activities such as oil exploration, venture capital investment, and new-product development – may find that moving toward a more dynamic management style requires a few relatively small, though collectively significant, shifts in their operating practices.
Others may find the necessary changes, which include migrating away from rigid, calendar-based approaches to budgeting and planning, more wrenching. What I hope to do in this article is to lay out some core principles that will help either kind of company make the passage of time an ally rather than a challenge.
Focusing on Pivotal Roles
A ship has a captain with a single mind. The “captain” of a large, complex modern corporation is likely to be dozens, if not hundreds, of people. Aligning those pivotal leaders so that they can steer the company in response to changing conditions is a major challenge for most organizations.
An essential first step is simply to define who occupies the pivotal roles. Some companies may have just a few; others 20, 150, or even more. On the one hand, the smaller the number, the easier it is to have the intensity of interaction needed to make critical decisions effectively and collaboratively. On the other hand, the number must be large enough so that the people involved in decision making can collectively access the full spectrum of knowledge embedded in a company’s people and its relationships with other organizations. You’ll never get perfect coverage, but if you wind up saying with any frequency, “We’re flying blind on this topic without perspective from X,” it’s a good bet that you’ve kept the group too small.
Since determining what to do under uncertainty usually requires careful debate among many people across the entire company, you need processes and protocols to determine how issues are raised, how deliberation is conducted, and how decisions are made. You also need to clearly lay out the obligations of managers, once the debate and decision making is over, to put their full weight behind making the resulting actions successful.
I wish there were one-size-fits-all protocols for getting the smart, talented people who occupy pivotal roles (and who are accustomed to making decisions through a hierarchy) to work effectively with colleagues in collectively steering the ship. But the hard truth is that what works in one organization and among one set of individuals may not work in others. The best I can do is to suggest a few general approaches—whose implementation often looks quite different in different types of organizations—for helping the individuals occupying pivotal roles to work together in new ways.
Learning by doing. If you require managers to use decision-making-under-uncertainty techniques (such as scenario planning, decision trees, and stage gating) to make actual decisions, they will quickly learn how to think differently about the future. And if you have them apply these tools in teams involving executives from diverse corners of the organization, they will gain a greater appreciation for the power of collective insight in volatile times, when information, almost by definition, is fragmentary and fast moving.

. Executives can develop new mind-sets and skills, particularly to improve their ability to manage through the ambiguity and complexity inherent in today’s environment. Some companies have made progress by developing case studies based upon potential decisions they will shortly be facing and then using facilitators and friendly colleagues to get leaders used to surfacing and debating alternative courses of action. Others have found war gaming useful for illustrating the cost of basing decisions on seemingly reasonable assumptions when events are moving quickly.