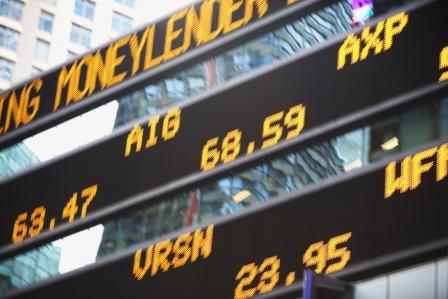 A jump in Asian deal activity this year has everyone predicting good times ahead as the region’s economies shrug off the global financial crisis and investors rediscover equities. Chinese companies alone accounted for 45 percent of the global IPO volume last year, and we expect that the pipeline of initial public offerings will continue in 2010.

While Hong Kong is being tipped to end as the world’s largest IPO market once again this year, many Chinese companies are likely to make a beeline for the United States. While China’s stock markets – Shanghai and Shenzhen – have come of age, boosted by an overflow of Chinese liquidity and higher stock valuations, the US capital market remains a first choice for many companies looking to raise capital.
One reason for this is the stringent quota system, which makes listing on Shenzhen and Shanghai difficult. On top of that, the regulatory regime for China securities listing is especially tough when it comes to secondary raisings. It’s often easier for Chinese companies to get a second offering away in the US because of greater liquidity and fewer barriers.
The perils of the prospectus
As more and more Chinese companies enter the US capital market, their level of experience is growing. They’re more sophisticated and display greater capabilities around the communication of risk. Yet despite this, a large and increasing number of Chinese companies are being sued in U.S. courts. Unlike the US, where claim consciousness and regulatory enforcement willingness are on the rise, China is not yet a litigious market, although the financial crisis has opened the door to a number of US-style legal actions.
According to Gary Wei, Senior Vice President, Marsh China, Chinese companies are less familiar with the litigious environment in the US. This is a significant issue, given that D&O premiums for companies operating in the US are significantly more expensive than the equivalent in China, Hong Kong, Singapore, and other Asian countries.
“IPO risks are very much related to the listing domiciles’ legal environment, and in today’s environment of heightened regulatory scrutiny and improved corporate governance, emphasis has been placed on complying with evolving financial regulations as well as the independence, transparency and rigor of fiduciary due diligence,” says Wei. US regulators are imposing more stringent reporting requirements and duties upon directors and officers of public companies, exposing them further to potential personal liability. They are increasingly focusing their scrutiny on operations and internal controls, all of which further expose Chinese executives to insurance claims.
“There may be currently around eighteen Chinese companies under class action in the US, and in 2007 Chinese companies ranked No.1 in terms of number of foreign companies who were caught in class actions in the US,” says Wei. “While companies are taking more care when drafting prospectuses, there are still instances where documents may inadvertently contain misleading information, errors, omissions and misstatements.”
Following an IPO, potential lawsuits are often sourced from the offering documents themselves. Shareholders rely on statements made in offer documents, and an alleged misstatement, or a perceived breach of the offering, could lead to substantial defense costs and potential settlement costs. Financial statements must fairly present, in all material respects, the financial position, results of operations and cash flows, as well as deficiencies and material weaknesses in internal control.
If the listing company is sued for misstatement in its prospectus, not only will the directors and officers be potentially liable, but also, further indemnities may have to be provided to counterparties. This is particularly the case when investors have been encouraged to buy shares on the strength of a prospectus and when information is later revealed as false, causing a share price drop and damaging investors who bought in at the artificially high price and leading to class-action against the company.
Cases facing legal action in the US for misleading statements or omissions include:
Independent valuation
One way to avoid these kinds of issues is to undertake the kind of significant valuation work that investors, advisors and others undertake when considering an IPO or other investment. When preparing for an offshore listing, it is crucial for Asian firms to have an in-depth understanding of the valuation methodologies likely to be employed by business analysts and investors in the offshore market. Given the increasing need for organisations to effectively manage risk, maximize cash flow, adhere to U.S. and international financial reporting standards, and avoid lawsuits, it has become critical for management to understand the value of their assets, companies, and securities.
In today’s environment of heightened regulatory and governance scrutiny, emphasis has been placed on the independence, transparency and rigor of fiduciary due diligence. If directors fail to meet these obligations, they may experience costly consequences, including being held personally liable.
If a company is listing, acquiring assets or divesting, it is incumbent upon directors to ensure they are not overstating the value of assets they are offering or buying. They need to be able to say in good faith they have fulfilled their corporate responsibilities, and accounting standards requirements, by getting an independent valuation and being able to understand and describe the valuation process.
“Professional valuation work allows investors, boards of directors, special committees and other corporate advisors to make more informed decisions, mitigate the risk associated with any transaction and enhance its soundness,” says Sammy Lai, Managing Director and the Asia Leader of Marsh Risk Consulting’s Valuation Services Practice. “Our opinions allow boards to demonstrate to all interested parties that they have acted within the business judgement rule – on an informed basis, in good faith and in the company’s best interest.”
Investigate coverage
Asian companies – Chinese companies in particular – considering floating offshore should manage their liability risk by seeking:
This article first appeared in The Marsh Directors’ Series, Q3/Q4 2010 and has been re-edited for conciseness. Marsh is a global provider of risk and insurance services and solutions.
Read more on
capital management M&A