Learning Lessons From Email Blunders in 2010 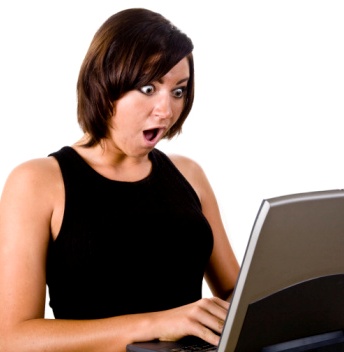 While technology continues to become more sophisticated every year, users still trip on their own feet when using them, particularly in the case of e-mail, where blunders may not only cause hilarious outcomes, but financial losses as well.

Below is a sample list of infamous email blunders in 2010. Some of the snafus are embarrassing, some are painful and some are hilarious.

An Australian banker became an overnight sensation after he was caught on live television viewing images of scantily clad supermodel, Miranda Kerr, on his computer. While clearing his emails, he had opened one containing pictures of Kerr unaware that a colleague was doing a live television interview behind him about the Australian economy. The incident became a YouTube hit catapulting the banker into an apologetic celebrity.

Royal Dutch Shell has an excellent record of work place safety and corporate governance. It works with its employees to develop a safety culture. In February 2010, a breach of a different kind of safety occurred. Personal details of more than 170,000 employees and contractors were accidentally emailed to several non-governmental organisations including Greenpeace, Friends of Earth and Shell Guilty. The embarrassing security breach has cost Shell valuable trust of its employees.

In March 2010, it was discovered that an online catalogue company had been sending out the credit card numbers of their online customers in plaintext emails confirming purchases. The emails also contain an Internet link or URL that contains the recipient’s name, address and credit card details. If the customer clicks on the link, the URL containing the personal information would become part of the customer’s browser history where it could be vulnerable to cyber snoopers. Two victims of the security lapse reported their credit card details stolen after receiving the vulnerable emails from the retailer. Needless to say, the company lost many customers.

A reporter, who was incessantly bothered by requests to cover a presentation by a blind speaker, thought he was sending an email to his editor in which he called the blind motivational speaker a “blind [expletive]. Unfortunately for the reporter, the email was sent to the blind man’s public relations manager instead. The reporter was fired by his editor who thought the reporter should not have prejudices against the disabled.

An university application agency in the UK was forced to apologise to angry students after sending out misleading emails from Hewlett Packard with the subject line “you have been accepted”. The title of the email message should have been “You have been accepted to receive big discounts on HP laptops!” But because of the way some email programmes truncate the title of emails, the message had appeared to some as “You have been accepted…” This caused some distress to the students who were anxiously waiting for their ‘A’ level results, and they were not amused.

1. Keep email anti-spyware up-to-date. By updating your anti-spyware, you are able to keep your virus lists current. Make sure that the software offers both outgoing and incoming message security.

2. Set up your email account so that you can read messages in a plain text format. Malicious emails messages tend to use HTML codes as platform to deliver malware, phishing viruses and the like.

3. Refrain from clicking links you are not sure of. If the message looks suspicious but comes from a familiar source like from a co-worker or from a client, do contact them and check if the email message is legitimate.

4. Avoid using your corporate email to send non-work related links and attachments. Employees tend to send photos or links from websites and share it with other office colleagues. Without the right anti-virus software and systems, an employee’s email address can create an “email bomb” throughout the system. Email bombs occurs when a virus uses a person’s email address and sends a large number of email messages to flood inboxes rendering the email server useless.

Enterprise Innovation is a sister publication of CFO Innovation.