Japan Vs. Asia: Realities of the ‘Currency Wars’ 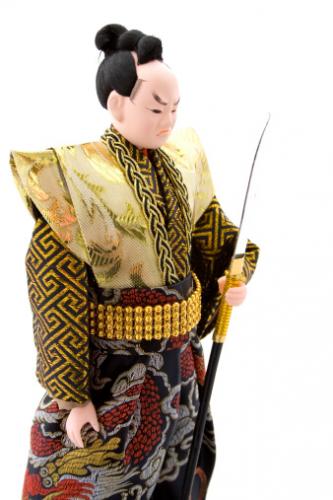 Weak Yen, Higher Inflows
The leadership change in Japan has increased the pressure on the central bank to loosen monetary policy. Based on recent policy announcements, the scale of Bank of Japan balance-sheet expansion is now expected to be larger than that of the US Federal Reserve and the European Central Bank (ECB). This marks a significant departure from post-global financial crisis trends.
The monetary easing has also resulted in a nearly 13% weakening of the yen against the US dollar since November 2012. The attendant appreciation of the Bloomberg-JP Morgan Asia Dollar Index (known as the ADXY) against the yen has by implication been of a similar magnitude.
The discontent around this weakening of the JPY is aggravated by the fact that the US Fed and the ECB have already been expanding their own balance sheets. Though central banks in Non-Japan Asia have not directly blamed the Bank of Japan, their concerns over higher capital inflows have escalated with the Bank of Japan’s policy actions. The central banks of Korea, Philippines and Thailand have even threatened capital controls.
Our belief is that much of this discontent is political in nature and, for now, has trumped economic reality. As evident from the chart below, the ADXY index against the JPY is now below levels in the pre-global financial crisis period as well as for much of the post-GFC period.
Trends in Asian currencies (USD and JPY)

Don’t Blame Japan
Of course, Non-Japan Asia’s export performance has been far from satisfactory, but that is because global demand has been weak. Encroachment by Japan has been less of an issue. We are also cognisant that individual currency appreciation (for example, the Korean won and the Thai baht) against the JPY may be more than that implied by the regional average.
The region has also made substantial productivity gains against Japan. For the most part, since 2011, productivity growth in the manufacturing sector in Non-Japan Asia has outperformed that in Japan. Japan has also been losing market share in global exports (see chart below), even prior to the global financial crisis, a period when it was more competitive purely from the standpoint of exchange rate valuations.
Asia market share of global exports

During this period, the exports of other Asian economies did not proportionately rise, but this can be attributed mainly due to an on- going loss in competitiveness against China. The point we are making is that the strength of the Asian currencies vis-à-vis the yen is not as significant a factor as most market participants fear it is.
In fact, what is more important is that unlike in 2009 and 2010, the renminbi is no longer pegged.
Another point is that regional production chains have been substantially re-oriented. Over the last decade, several of the region’s economies have established regional production networks by specialisation in intermediate products.
According to estimates by the International Monetary Fund, the share of intra-regional exports increased from 45% to 55% between 2000 and 2009. Of this increase, intermediate exports accounted for around 70% of the rise in exports.
What this change has meant is that a depreciation of the currency of a single economy does not necessarily raise competitiveness. It is the higher import costs of intermediates that can raise manufacturing costs. The IMF also concluded (appropriately, in our opinion) that gains from regional devaluation can be more beneficial than that of individual currencies.
Potential Interventions
We are, of course, cognisant that political exigencies may well force the hands of the authorities to step up sterilised intervention in the foreign exchange markets and potentially make them impose some form of capital controls. Each measure has its costs and benefits, depending on country specific conditions. The longevity of benefits also varies.
A greater level of intervention in the FX markets is difficult in Southeast Asia, where unsterilised intervention comes with more rapid expansion in credit and monetary aggregates. With strong domestic demand, higher credit growth could be risky.
But sterilised intervention has its limits, also particularly in Southeast Asia. Higher interest rate differentials make sterilisation more expensive. We have already seen the acuteness of this problem in the Philippines, where the central bank has exhausted the use of conventional sterilisation tools, including sale of government securities, reverse repo operations and special deposit facilities.
The Bank of Thailand is less constrained at this point, but much will depend on the scale of inflows. In 2010, the flows had escalated to a level that intervention had to give way to a 10% appreciation of the baht.
A Thai Finance Ministry official has now called for a cut in interest rates as a tool for reducing arbitrage-related inflows. We do not think this call will materialise, but if it does, the risk would be faster growth in monetary aggregates.
Appreciation – But Only Short Term
Capital controls are likely to be effective in the short term, both because of a genuine slowdown in portfolio flows and the fear they bring to financial markets. The recent weakness in the Korean won is an example of this fear psychosis.
At the same time, we believe they are unlikely to be able to reverse medium-term appreciation pressures. This is because the dominant source of appreciation pressure on most Non-Japan Asia currencies has been the current account surplus and not debt portfolio capital, the principal target of capital controls.
Though current account surpluses have receded in most Non-Japan Asia economies, they remain the largest component of the balance of payments. Thailand is an exception in the probable set of countries that could impose controls, but even so, Thailand’s balance of payments has been bolstered by foreign direct investments, which are not the target of capital controls.
The point we are stressing is that the posturing by policymakers is not fully consistent with economic reality. In the short term, however, we have to accept that the appreciation of the won, peso and baht may be disrupted by the fear of capital controls.
This interim period should favour capital deficit countries such as the Indian rupee and the Indonesian rupiah, where controls are least likely.
About the Author

This article is excerpted from “Top View: Asia,” a report by Royal Bank of Scotland and affiliated companies that was published on 4 February 2013. It has been re-edited for conciseness and clarity.