IT Spending in 2010: The Shape of Things to Come 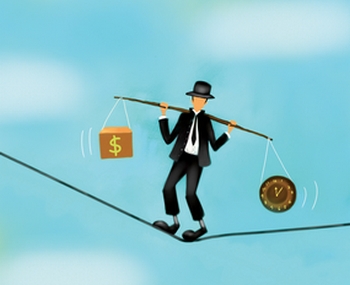 Global IT expenditure is expected to rise slightly this year for the first time since the onset of the global economic downturn, according to industry analyst Ovum. A survey of IT decision makers revealed that one third expect their budgets will increase in 2010. Despite this cautious optimism, there are signs that CIOs do not yet view IT as an engine for growth and that 2010 will mostly be a year of reckoning.

CIO attitudes towards IT spending vary by country and vertical industry, yet some important commonalities have emerged.
IT budgets are rising, yet many enterprises remain vulnerable
Fundamentally, IT spending is trending upwards, however most increases – as well as decreases – will be slight, between 1% and 5%.
The vast majority of enterprises will continue to experience flat (0%) budget growth in 2010.
Rhonda Ascierto, senior analyst at Ovum, said: “The survey data, while promising, does not translate into an IT spending recovery.
“Realistically, the numbers more likely reflect the effect of previously deep budget cuts, during 2008 and the first half of 2009, which left many IT departments operating at ‘bare-bones’ capacity.”
Furthermore, the survey data shows that the proportion of CIOs that forecast slight decreases and significant increases in IT budgets remained unchanged last year.
Combined with the high percentage of respondents that will leave their IT budgets unchanged in 2010, which is rising slightly to 42%, it shows that many enterprises remain vulnerable and are uncertain about near-term business prospects.
The perception gap between forecast and actual changes in IT expenditure has widened
Decision makers are typically adept at forecasting IT spending trends: their predictions usually deviate 5% or less from actual IT budget expenditure.
However, Ovum’s survey shows that the perception gap between forecast and actual IT budget changes widened considerably last year, following the financial crisis of 2008.
“Clearly, the negative effects of the economic downturn were greater than expected and businesses were not prepared”, said Ms Ascierto.
“Many businesses made short-term cost savings by reducing their operational costs.
“The extent to which IT budgetary expectations were miscued in 2009 is likely to mar the collective psyche of IT decision makers today. The confidence of CIOs in their ability to predict IT spending with a reasonable level of accuracy has been splintered, if not shattered.
"Consequently, Ovum believes that 2010 will be a year of reckoning for IT expenditure.”
IT projects that are most likely to be readily green-lighted are those that do not require a forklift upgrade of existing IT systems and business processes, but rather those that make modifications within existing and proven boundaries in an incremental manner and in response to business changes.
About Ovum
Ovum provides clients with independent and objective analysis that enables them to make better business and technology decisions. Ovum is part of the Datamonitor group.
Read more on
forecasting capital allocation