Insulating Your Company From a Credit Crunch 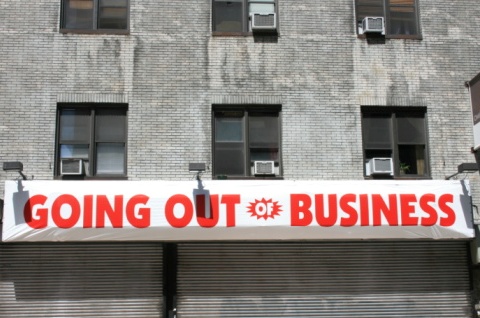 I just got back from the Global Islamic Finance Forum in Kuala Lumpur. The impression I took away from it is that Asia’s companies are going to get inundated with proposals to raise capital from the Muslim world. The place was crawling with investment bankers – along with market representatives from Australia, Hong Kong, London, Luxembourg, Singapore, South Korea and other jurisdictions where there are actually few, if any, Muslim inhabitants.

Indeed, the Malaysian organisers were keen to reach out to what they call “conventional finance.” While US$1 trillion of the world’s wealth is estimated to have found a home in Islamic financial products, the bulk of the planet’s financial assets are still in the form of conventional interest-bearing instruments developed in Europe and North America. If it is to grow and remain sustainable, Islamic banking and finance must attract that kind of money, too.
Which is, in theory, good for Asia’s CFOs. Ever since the Asian financial crisis in 1997, the region’s money men have realised the importance of cultivating diversified investor and borrowing bases. That lesson was reinforced in the 2007-08 credit crunch, when Western banks and other financial institutions pulled in credit lines even as the capital and debt markets ground to a halt.
The proponents of Islamic finance like to point out that their sector proved resilient, although they acknowledge aftershocks from the conventional side. Islamic banks have exposure to property, equities, Islamic bonds (known as sukuk) and managed funds, whose market values sank along with confidence in financial markets.
But they never bought derivative instruments that mixed together U.S. subprime mortgages and triple-A paper, the toxic cocktail that brought down the likes of Lehman Brothers and AIG. Islamic precepts prohibit speculation and require investing in tangible business activities only.
Is Your Company Eligible?
So how can CFOs of non-Muslim companies access Islamic capital? First, you have to understand what kind of investments Muslims are allowed to make, and then make sure your company satisfies those requirements.
Ownership and management by Muslims are not required, which is why companies like GE and Toyota have been able to issue Islamic bonds. However, a company is required to possess the following qualities:
Routes to Capital
Once established as eligible to access Islamic capital, the next step for a company is to decide what kind of Islamic financial instrument is most appropriate for its needs and circumstances.
Another route is for the Islamic bank to fund a company’s project and share the profits (and the risks) of that venture. Still another is for the bank to buy a company’s asset and lease it back to the company, which then pays the bank rent for the use of the asset. The asset is sold back to the company after the agreed period.
An alternative sukuk structure is one where the SPV and the company that created it and/or a third party form a joint venture using the money raised from the sukuk issuance. In lieu of interest, the sukuk holders get a portion of the profits generated by the joint venture. A third structure involves the company purchasing goods or commodities using the funds raised from sukuk holders and reselling the goods on a deferred cost-plus payment basis. The sukuk holders are paid from the proceeds minus the cost expended by the company and its share of the profit from the sales transaction.
An Islamic IPO or secondary offering is one way of selling equity to Muslim investors. Another is inclusion in an Islamic index such as the Dow Jones family of Islamic indexes, which will open the way for the company to become part of the investable universe of Islamic fund managers. There are now more than 670 Islamic funds with some US$290 billion in assets under management, dominated by equity funds but also including exchange traded funds, real estate investment trusts, sukuk funds and commodities funds.
Varying Pronouncements
Getting on a Dow Jones Islamic index is not easy, however. The company has to pass industry and financial ratio screenings to satisfy the indexers that it is indeed Shariah compliant.
Under the Dow Jones methodology, companies in the following industries are not eligible:

In addition, the company needs to have the following financial ratios to be less than 33%:

Other Islamic indexers have their own sets of screeners to determine Shariah compliance, depending on the pronouncements of the Shariah authorities in the Islamic markets they cover. In Malaysia, for example, companies indirectly involved in some prohibited activities may still be declared Shariah compliant if public perception of it is “good.”
In addition, says the Shariah Advisory Council of the Securities Commission of Malaysia, the company’s core activities must be “important and considered maslahah (‘benefit’ in general) to the Muslim ummah (nation) and the country, and the non-permissible element is very small and involves matters such as `umum balwa (common plight and difficult to avoid), `uruf (custom) and the rights of the non-Muslim community which are accepted by Islam.”
It is these varying pronouncements of what is Shariah-compliant and what is not that often deter CFOs from considering Islamic financing. What is considered compliant in one Muslim jurisdiction, say a liberal market like Malaysia, may be pronounced as prohibited in another, such as in Iran. Within the same market, different Shariah scholars may have conflicting ideas of compliance as well, sowing confusion among issuers and investors.
In the Kuala Lumpur conference, Islamic bankers, regulators, issuers and Shariah scholars themselves were keen to point out that structures are being put in place to promote global and local consistency. The event’s International Shariah Scholars Forum brought together scholars from Indonesia, Libya, Malaysia, Singapore, Saudi Arabia, UK and other jurisdictions, the fifth time that global Shariah scholars met in such a setting.
It’s all a work in progress, but advances are being made. In this post-crisis environment, with the threat of a double-dip recession still hanging over the world’s head, Islamic finance is certainly an alternative that CFOs must at least consider.
About the Author
Cesar Bacani is senior consulting editor at CFO Innovation.
Read more on
capital management