Inside the Mind of a Credit Ratings Agency 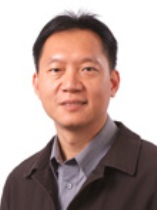 It’s been a bit of a mystery to many CFOs just how credit-ratings agencies come up with their judgements on the creditworthiness of corporates and sovereigns. The questions became louder during the global financial crisis, when top-rated companies like Lehman Brothers went bankrupt, and even today, as previously investment-grade Greece suddenly imploded.