The Ingredients for a Strong Governance, Risk and Compliance Function in Asia Pacific 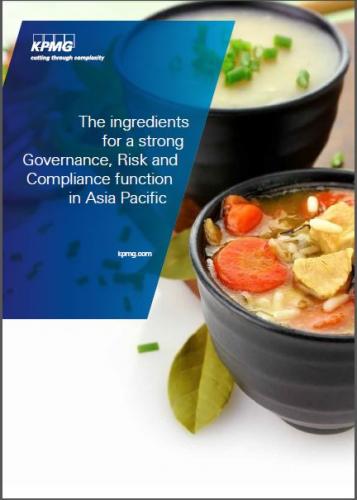 Asia Pacific organisations face many challenges in developing frameworks that can accommodate emerging risks, new regulation, and the heightened expectations upon boards.
This KPMG report shows how they are approaching these challenges from a very different point of maturity when compared to Western organisations, and gives advices on adopting GRC technologies.
The survey is based on face-to-face and telephone interviews with 60 executives from 10 markets across the region.
Key Findings: