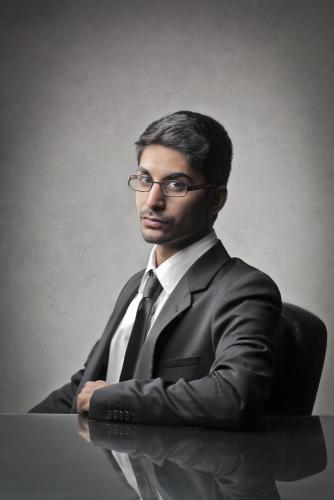 We remain relatively cautious on India’s prospects in 2013. Growth should accelerate to 6.3% from 4.8% in 2012, but to a large extent this reflects favourable base effects, particularly in the industrial sector. Most leading indicators continue to reflect sluggish momentum in both consumption and investment.
We also argue that the reforms announced since mid-September are grossly inadequate to overcome the myriad problems that are impeding growth. We do, however, expect a discernible deceleration in inflation – weak growth and relatively stable commodity prices should mitigate inflation pressures.
For fiscal year ending March 2014, we expect inflation to average 5.4% year-on-year compared with 7.6% year-on-year this fiscal year ending March 2013.
What is uncertain, however, is the extent of reduction in the sovereign risk premium – i.e., the high fiscal and current-account twin deficits. The degree of correction in the sovereign risk premium will dictate the pace of monetary easing and, more importantly, whether the country’s investment-grade rating can be retained.
Growth and inflation
At this stage, various indicators ranging from non-food credit to auto sales are still showing marked weakness in domestic consumption, presumably an outcome of slowing income growth and persistently high inflation.
Corporate profitability has also weakened substantially and, coupled with the still uncertain policy environment, investment is likely to remain weak at least until the second half of fiscal year 2014.
On the policy environment, we believe that the recently announced set of reforms pertaining primarily to the liberalisation of the capital account and enhanced foreign direct investment in multi-brand retail, aviation and broadcasting sectors are inadequate for meaningfully turning around the investment cycle. Still missing are appropriate policy frameworks on domestic resource allocation such as mining and land acquisition.
Another problem is the deterioration in the asset quality of domestic banks, which in turn is likely to constrain bank lending. Non-performing loans remain at manageable levels. The situation, however, looks more difficult once restructured loans are included (see chart below).
Asset quality of banks

One caveat to bear in mind is that base effects, particularly vis à vis investment, are favourable and will likely prop up growth in investment. The appropriate barometer for ascertaining a recovery in investment should be the investment ratio itself.
On balance, we are of the view that growth will remain at sub-trend levels. Therefore, absent any supply-side shocks, there is scope for inflation to moderate. Core inflation (non-food manufacturing inflation) could potentially come off faster, considering that weak demand is limiting the ability of manufacturers to pass on increases in input costs.
There are two other developments that suggest a softer trajectory for the wholesale price index (WPI). We expect consumer price inflation to ease, but at a slower pace considering that two of its major components – housing and services costs – tend to be sticky. The slower pace of decline in the consumer price index (CPI) is likely to pose a dilemma for the Reserve Bank of India, which we discuss later in this section.
Trends in inflation

Both will be of seminal importance in defining the likelihood of a sovereign rating downgrade and the extent of monetary easing that can take place. We believe that, regardless of the election cycle, the government has now little choice but to press for fiscal consolidation.
The recommended fiscal target for fiscal year 2014 is 4.6% of GDP – but this will be difficult to achieve, given the weak growth environment and the on-going inability of the government to rein in subsidies. (We estimate the fiscal deficit in fiscal 2013 at 4.9% of GDP, compared with 5.5% for fiscal 2012.) Nonetheless, assuming that global crude oil prices remain within recent ranges and with efforts to control other forms of expenditure, we think slippages can be minimised.
Mitigating the current-account deficit will be more complex. Even slightly improved global trade volumes and stable international crude oil prices should allow for a material reduction in the current-account deficit.
The problem, however, is with the household sector’s portfolio choices. Owing to low real deposit rates, Indian households have been shifting their savings towards physical assets such as gold and property. Gold imports have, in turn, significantly stressed the external accounts and resulted in imbalances that are inconsistent with the sluggish business cycle.
Reallocating household savings back to financial assets will be a time-consuming process. To a large extent, the growing preference for gold reflects unattractive real deposit rates, in our view. In fact, real deposit rates estimated on the basis of CPI, the inflation measure that is more relevant for households but less so from a policy perspective, have remained negative.
Considering that CPI tends to be stickier, reallocation of savings into financial assets and bank deposits in particular, is likely to be a slow process. Consequently, we estimate the fiscal 2014 current-account deficit to exceed 3% of GDP. The bulk of the correction will take place in the second half, when CPI inflation meaningfully subsides.
Currency and interest rates
On monetary policy, we believe that a cumulative easing of 125 basis points is possible between January 2013 and March 2014. It is likely to be concentrated in the latter part of the year, to coincide with the reduction in the twin deficits and improvement in deposit growth.
We reiterate that the Reserve Bank of India considers moderation in both inflation and the deficits as pre-requisites for monetary easing, not inflation alone. Policy rate cuts of 125 basis points should result in an 80-basis-point or so fall in the 10-year benchmark bond yield. We forecast the end-2013 10-year yield at 7.3%.
The rupee should also stabilise in the second half of the year, but outperformance on a regional basis is unlikely. Though the INR is now fairly valued on a real effective basis and could even start looking attractive as inflation subsides, the moderation in the current account deficit and large external debt repayments of around US$25 billion suggest only a small balance-of-payment surplus.
Most long-lasting episodes of rupee appreciation have coincided with large surpluses on the balance-of-payments. We are of the view that USD/INR will remain in the 53-55 range for the better part of the year and break lower only in the fourth quarter of 2013.
About the Author