How to Sell in China: Three Golden Rules 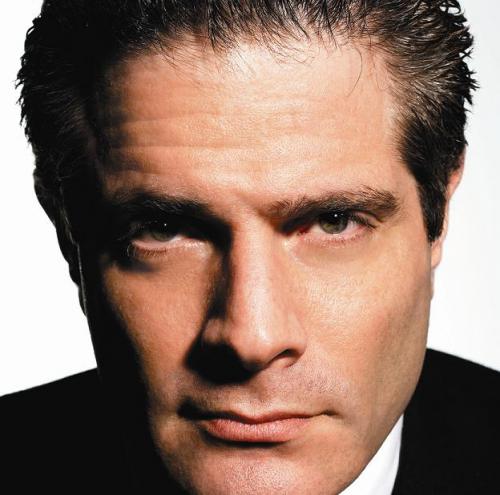 The Chinese worldview, not to mention its brandscape, is profoundly different from Western -- indeed, all -- markets. In my eleven years on the mainland, I have not encountered a single instance where significant modifications to positioning and marketing mix are not necessary.

This, of course, does not preclude the feasibility -- yes, desirability -- of consistency with a global Brand Idea. Nike should breathe a “Just Do It” spirit, everywhere. Apple should celebrate “Think Different,” everywhere.
But, to maximize relevance and trigger loyalty that results in a sustainable price premium, global brands need to be brought into alignment with Middle Kingdom cultural imperatives and operational realities. This begs the question of what these differences are.
At the risk of dramatic oversimplification and indulging in sweeping generalizations, here are a few “golden rules” marketers must be sensitive to before landing on the mainland:
Maximize Public Consumption
In China, a Confucian society torn between stifling regimentation and trenchant ambition, consumers regard brands as tools for success. “Face,” the primary currency of upward mobility, is rooted in status projection, generating societal acknowledgment for one’s ability to scale the socio-economic hierarchy.
This is why brands that, directly or indirectly, are publicly consumed are able to command huge price premiums relative to goods used in private or within the house. All leading mobile phone brands, for example, are international. Even in Tier 5 cities and the rural fringe, Nokia commands a 40% market share, despite significantly higher retail prices relative to local competitors.
Sony’s Handycam, a product brandished outside the home, is a brand leader. However, its televisions, albeit highly aspirational, struggle to transcend niche penetration levels. The leading household appliance brands are, without exception, cheaply priced domestic brands such as Haier, TCL and Changhong.
Internal vs. external benefits. The “public display” imperative leads to fundamental positioning differences versus what works in Western markets. As a general rule, benefits should be “externalized,” not “internalized.” Even for luxury goods, unadulterated individualism -- reinforcing “what I want, how I feel” irrespective of societal consequences -- does not work.
Bath gels should not promote “sensorial indulgence” in the shower. They should “stimulate” the user to begin the day with a kick, ready to conquer the world. Beauty products must help a woman “move forward” -- with quintessential Chinese feminine understatement, of course -- and enhance her ability to “open doors” professionally or “control” her man.
In a radically different social context, mass market beauty brands should still help lower-income women be “admired” as a great mom or adored wife. Even beer must deliver something. In Western countries, “letting the good times roll,” or "making weekends great" is enough. Fun is fun. In China, pilsner must: 1) bring people together, 2) reinforce trust, and 3) optimize opportunity for mutual (financial) gain.
Automobiles, now a “must buy” for those who aspire to join the hallowed ranks of the new middle class, should make a statement about a man on the way up. Sport cars - i.e., visceral thrill vehicles -- are not big sellers. BMW, a Middle Kingdom winner, elegantly fuses its global “Ultimate Driving Machine” with a Chinese declaration of ambition. Passat, Honda, Toyota, Ford and Buick have all been positioned, clumsily or shrewdly, as status vessels.
DeBeers achieved 80% penetration of engagement rings by morphing universal passion inherent in “A Diamond is Forever” into Confucian “proof” that “commitment will last a lifetime.”

Display and business models. The importance of public display is also a critical consideration in shaping business models. Starbucks in China is not a comfortable environment -- i.e., an urban retreat -- in which coffee is sipped. To conform to Chinese tastes, the company: (a) broadened the sandwich menu, (b) identified prime site-to-be-seen real estate, and (c) expanded average store size.

From Day One, Starbucks successfully established itself as a public place in which professional tribes gather to linger, snack, and, most importantly, proclaim affiliation with the New Generation Elite. Likewise, both Pizza Hut and Haagen Dazs have built mega-franchises rooted in out-of-home consumption. (No Chinese is willing to pay US$4.50 to eat a pint of ice cream watching an illegal DVD.)
Simplify, Simplify, Simplify
Chinese, irrespective of income or geography, are overwhelmed -- yet excited -- by the explosion of brands, both local and international, all of which are vessels of Han aspiration. Twenty years ago, the public phone was the only way to make a telephone call; today, there are over 300 brands of mobile devices, ranging from US$30 basic models to state-of-the-art smart phones.
Making matters worse, China’s media landscape is extremely cluttered. According to one MindShare study, the average Shanghainese is exposed to three times as many ads in one day as UK consumers. Any first time visitor to Beijing will be stunned by the eye-popping glitter of the city’s media landscape. Television screens, most owned by Focus Media, are ubiquitous -- in taxis, elevators, restaurants, building tops, locker rooms and bathroom stalls.
Direct is best. Complicated messages, therefore, are not easily digested, even amongst the most brand-literate subsets of the population (i.e., youth, middle class, and residents of primary coastal cities). Consistent messages must be conveyed directly, with as little cognitive processing as possible. Advertising must take pains to be ruthlessly single minded via: visualization of the key benefit, leveraging demos as creative ideas, slice of life formats revolving around torture tests and so on.
Celebrities must be carefully selected so that their star attributes reinforce a core brand proposition. In nine cases out of 10, celebrities should be Chinese. Unlike Japanese, mainlanders are profoundly nationalistic and relatively unfamiliar with Caucasian personalities, with the exception of superstars.
Mass media still king. To conform to the simplicity mandate, heavy mass media -- yes, passively consumed -- is essential. China’s untamed landscape requires forming brands from scratch. Television fits this bill by being flexible enough to forge broad-stroke equity and brand character. In addition, it still boasts unrivalled reach, despite high CPM – cost per thousand ad views – rates.
Digital media, actively digested, is increasingly critical to deepening engagement and loyalty. But even for high-involvement/heavy search categories such as autos and financial services, mass media will remain centre-of-the-plate for years to come.
Margin and Scale
To succeed in China's primordial landscape, multinational brands must boast both profit and mass-market scale. Regarding the former, most MNCs have little problem charging a price premium because, with few exceptions, Chinese consumers maintain an active preference for the reliability, not to mention the “cool” factor, of foreign brands.
The tough nut, however, is establishing a pricing strategy that kills two birds with one stone: sustaining a premium image while creating broad sales reach. Scale, the most potent signal of performance reliability, is critical in a reassurance-driven market such as China. It also forges operational order from chaos, exerting gravitational pull throughout distribution channels and the sales force.

Lower price tiers. The only way to target a broad swath of price-sensitive consumers is to extend premium-priced brands downwards across lower price tiers, always by reducing costs and simplifying benefit structures. At the same time, great care must be taken to avoid degraded quality perceptions. This avoidance can usually be accomplished by advertising the most premium variants.

Colgate toothpaste was an early innovator on the mass-market front. Colgate “Total Oral Care,” premium toothpaste composed largely of imported ingredients, cost approximately 200% more than local brands and maintained a 3% share. Colgate “Herbal” and Colgate “Strong,” however, used local ingredients, had a lower cost of goods and were priced slightly higher than or at parity with local brands.
The combined Colgate franchise controls a phenomenal 20%-plus of the toothpaste market, one with hundreds of regional and national competitors. In recent years, Nestle chocolate, Crest as well as other P&G brands -- the latter with varying degrees of success -- have adopted a similar strategy. So, too, have higher involvement categories such as mobile phones.
In Conclusion
This article, of course, is not comprehensive. The Chinese business battlefield is treacherous, rife with kamikaze commoditization. We have not covered issues such as censorship avoidance, in-store activation (rule of thumb: lower market tiers require “high touch” sampling), the supremacy of the “single child” and safety/protection reassurance. However, we believe the aforementioned “golden rules” are essentials that must be considered before any China strategy is finalized.
About the Author
Tom Doctoroff is Northeast Asia Area Director and Greater China CEO of advertising conglomerate JWT. He is also the author of Billions: Selling to the New Chinese Consumer (PALGRAVE MACMILLAN, 2005; Paperback Edition 2007). This article first appeared in Advertising Age.