How to Replace Your External Auditor 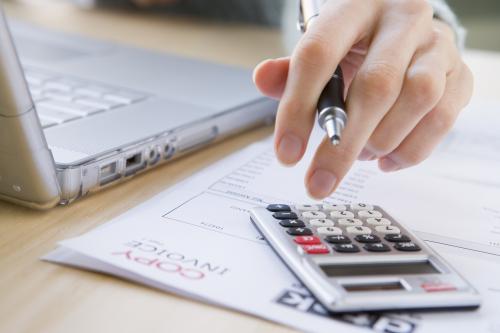 What are we to make of accounting firm Baker Tilly Hong Kong’s refusal to step down as joint auditor of PetroAsian Energy Holdings? The controversy has been playing out in the announcements section of the Stock Exchange of Hong Kong, and it is not pretty.

But there are some thought-provoking issues raised by the extraordinary exchange of letters between Paul Phenix, director for technical and regulatory affairs at Baker Tilly, and Anson Poon, a PetroAsian executive director who is also financial controller. What is the proper way for CFOs and their company to replace the external auditor? And how should the external auditor respond to getting fired?
The dispute also throws some light on the inner workings of auditing that many CFOs often feel they do not really know.
Please Go
The facts are these. The Hong Kong affiliate of Baker Tilly, the 13th largest accounting firm in the U.S., has been joint auditor along with local firm Lau & Au Yeung C.P.A. Limited of PetroAsian for four years.
A maker of paints, blended solvents and plastic colourants, Hong Kong-listed PetroAsian diversified into natural resources in 2006 when it acquired an interest in an oil field in China. Since then, it has made investments in another oil field in Tunisia and a vanadium mine in China. On May 21 this year, PetroAsian signed a letter of intent on a potential investment in a gas and oil field project in Inner Mongolia.
Three days later, on May 24, PetroAsian sent an announcement to the stock exchange regarding the company’s proposal to remove Baker Tilly as joint auditor and replace it with the Big Four firm Deloitte & Touche Tohmatsu. A circular scheduling an extraordinary general meeting on June 21 to put the matter to a vote was subsequently sent to shareholders.
The announcement explained: “In view of the growing significance of natural resource projects in the Group’s business activities, in order to leverage on their geographical advantage and expertise in the energy market, as well as to meet the general expectation of the financial investment community, the Directors consider it is imperative to engage an audit firm which has relatively greater exposure in the natural resource industry and wider geographical coverage and international network as the auditors of the Group.”
No, We Won’t Go
Four days after that, on May 28, Baker Tilly sent PetroAsian a letter that questioned its proposed removal.
“We are not persuaded that the various and varied reasons set out in Announcements or the various draft announcements form a reasonable and cogent basis on which to replace the lead joint auditor at such a late stage of the financial reporting and auditing process nor that they outweigh the potential damage to the interests of shareholders of such a late change,” Baker Tilly declared. Under stock exchange rules, PetroAsian must submit its audited accounts by July 31, four months after the end of the 2009-10 financial year on March 31.

In the letter, Baker Tilly recounted PetroAsian’s attempts to persuade it to resign as joint auditor. The “first intimation,” it said, came in March, when it spoke to an executive director to arrange Baker Tilly’s attendance of PetroAsian’s year-end stock-taking. The accounting firm was told its presence was not needed because the directors intended to replace it.

No formal communication from the company came until April 17, when Baker Tilly received a letter from Deloitte about it having been invited to accept an appointment to be joint auditor of PetroAsian. The company itself did not formally inform Baker Tilly of its replacement until May 17, when it formally authorized Baker Tilly to discuss its affairs with Deloitte. On May 17, PetroAsian formally requested that Baker Tilly resign.
“We have pointed out to the Directors on a number of occasions that we were appointed by the shareholders of the Company and it is to those shareholders that we are responsible,” Phenix wrote. “We are of the view that: a) there is no reason for us to resign; and b) it would not be in the best interests of those shareholders for their Company to change lead joint auditors at a late stage of the financial reporting and auditing process.”
Baker Tilly declared that “we are not certain that the reasons for our proposed replacement set out in the Announcement fully reflect the circumstances of and reasons for the proposed change of auditors.”
Baker Tilly attached one draft announcement as an appendix to its letter. The mark-ups showed that PetroAsian had originally written that it had received representations from prospective investors and shareholders for it to switch to a Big Four accounting firm. This was not mentioned at all in the May 24 announcement.
The accounting firm requested that it be allowed to speak at PetroAsian’s annual general meeting even though it is technically not entitled to do so under the laws of the Cayman Islands, where PetroAsian is incorporated. Baker Tilly indicated that it planned to lay out to shareholders the circumstances around its replacement. These include:
No, You Can’t Come
PetroAsian wrote back to Baker Tilly on June 4 and turned down its request to address the general meeting.
Writing for the board, financial controller Anson Poon pointed out rather trenchantly that the directors’ view of what is in the best interest of the company and its shareholders far outweigh Baker Tilly’s opinion. He then answered the points raised by the accounting firm:
On June 9, Baker Tilly sent a short response to PetroAsian. “We make it clear, again, that had the Directors asked us to step down in an orderly and appropriate process, say at the next Annual General Meeting, we would have done so,” Phenix wrote. An extraordinary general meeting was held on June 21 to vote on the motioni to replace Baker Tilly, but less than 75% of shareholders voted for the resolution. The biggest single shareholder, Ever Source Enterprises Holdings, which had indicated it would vote for Baker Tilly's removal, failed to cast its ballot because of technical reasons. A second extraordinary general meeting is being scheduled.
Proceed with Sensitivity
What are the lessons learned? PetroAsian could have proceeded with more sensitivity, starting with taking the time to inform Baker Tilly of its plan to switch auditors formally. Once it had informed the firm orally of its decision, it should have followed up immediately with an official letter. Replacing an auditor is a fraught enterprise in the best of times; it is certainly a more jarring transition during a financial crisis.
Hell hath no fury like an auditor scorned, apparently. The dispute had been kept out of the limelight by both parties – until Baker Tilly asked to be allowed to attend the annual general meeting. That request meant that PetroAsian had to divulge the dispute to the stock exchange, and so make it public. It seems that Baker Tilly had that outcome in mind. Its May 28 letter explicitly informed PetroAsian: “We consent to this letter being supplied to the SEHK and to the holders of securities of the Company.”
Luckily for PetroAsian, there are apparently no skeletons in its closet that its auditor could have rattled. Except for the dispute over its removal and fees and expenses due the firm, Baker Tilly affirms that there are no other matters that should be brought to the attention of shareholders. One saving grace is that the two parties largely managed to keep a tone of civility, at least on paper. PetroAsian, for one, makes clear that it “has never doubted . . . the capability of and has always been satisfied with the professionalism of Baker Tilly.”
For CFOs, what is also interesting is the issue of pricing. It seems that despite being a Big Four accounting firm, Deloitte has agreed to bill at the same rate as the relatively smaller Baker Tilly. If indeed the switch to a bigger accounting firm attracts new investors while audit costs do not change, PetroAsian may be on to a good thing.
If only it managed the removal of Baker Tilly more smoothly . . .
About the Author
Cesar Bacani is senior consulting editor at CFO Innovation.
Read more on
external audit