How to Partner With Sales -- and Competitors 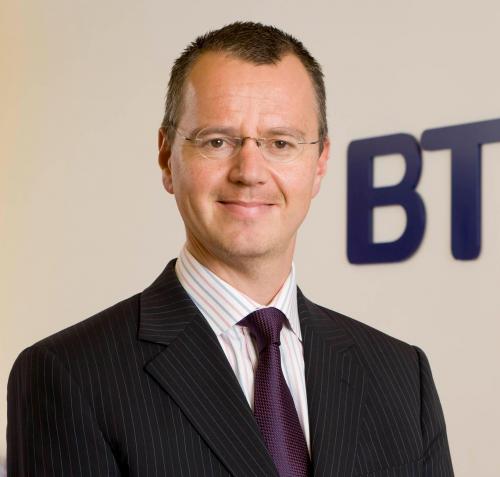 Germon Knoop recently resigned after three years as Asia Pacific CFO for British telecom giant BT Global Services. Before he stepped down, he spoke to CFO Innovation’s Cesar Bacani and Angie Mak about finance and sales teams, what happens when the competition becomes a partner and other aspects of the post-crisis new world order.

Is it normal practice at BT and other companies for the finance person to be on hand when commercial teams sit down with clients?
The moment that something like financing, leasing or balance sheets comes up, the commercial team needs to come to the people from my team for discussion.
We have a commercial finance team that supports these deals. They would be in the meeting with [the clients] or depending on the individual, they would be sitting with the deal team and giving the deal team clear instructions on what to do or not to do. In many cases, there will be complex deals and they will be part of the negotiation team.
It does require a different type of selling because it’s not only selling — you are sitting with the customer and trying to understand what the benefit we [at BT] can bring to his business. So in order to do that, you need to understand what is the customer’s concern and what we can help them with and where can we add value.
I think that’s a kind of learning process. Every organisation is changing like this. There is not one organisation in the multinational space that is about straight selling. It’s about finding a solution to a certain business problem or bringing added value and helping the other company to be more efficient in what they want to do.
What kind of structures would you be suggesting when you work with the commercial teams?
There are so many different types of structure you can think about. I would say from a CFO’s perspective, the new things you can start looking into are revenue-sharing, profit sharing, structures.
You don’t have to pay the whole investment up front and it will be more variable, your cost. We will reduce the amount of fixed investment, but we will start looking at [other] things. So when you use the service or when you resell it to your customers, we will share a part of that profit with you, which makes it much more interesting.
The team will sit down with the customer and try to model and say, well, what is the amount of usage you are expecting your market, what is your price level, what are you going to compete with? Do some scenario analysis and then the team will come back to me and — the best case and the worst case scenario — let’s see how we can find a model which makes sense. I don’t have one solution for that. What we’re doing in many cases is the off-balance sheet type of financing, which is not that easy, by the way, for us. We have partners that we can do that with, someone like Cisco Capital, for instance. Foreign banks sometimes say they are interested. Rather than the customer buying the assets, we will buy them [with financing from partner financial institutions] and we will lease the assets to the customer.
That’s good for the customer’s balance sheet.
Customers have more and more requirements. When we talk to them about networks, a lot of customers say, we want you to buy our existing network . . . You have to look into the specifics of the deal and say, this is how it can [be structured] in the best interest of the customer and ourselves. Sometimes we will bring in a partner, a bank or a financial institution or one of the equipment vendors that would be interested in doing it.

Are there instances when the finance side tell the sales people, stop doing this, because you’re actually losing money?
I do that all the time.
That’s a challenge for finance in any company, if there’s a conflict with sales.
Yes, but that’s my job. We have clear requirements about returns, profitability, cash. If people want to sign deals which don’t meet those requirements, there really needs to be a really good reason for that. And that reason is not something that sales can individually determine. It may be that this is a country where we want to be in. There might be other reasons why you would sell below the hurdle rates.
Do the sales people know about these hurdle rates before they go out making promises?
As CFO, what I’m always advocating is: bring my team in early so we can help you structure, we can help you look at the deal. If you bring me in at a later part, that’s fine, but you still need to go through [finance for] approval. And if you bring us in at the end, and it doesn’t make sense, then sometimes you don’t have time anymore to change it. We’re not going to approve it.
So you can actually walk away from a deal because of this? But doesn’t that damage your reputation?
No, I don’t think it does. I think it’s actually showing some strength to a customer if you can say, at this point [in the negotiations that] this deal is no longer interesting. We need to get a certain return from a deal in order to continue to invest in bringing this certain level [of service]. There had been a couple of times in my history that we had to say we’re not going to go further. It’s not easy to do that, especially, when it’s a big deal. But you have an obligation to shareholders to do that.
We’ve actually been very vigorous in saying we have to have certain returns, we will not sign impossible deals.
Unless there are some special circumstances?
Yes. The principle is, we want to grow with possible deals. We don’t want to have impossible deals.
It’s profits, not revenues.
Yes. Profit and cash. And that’s been a principle which we have been much tied to. We actually had a number of deals in the past when we were not that prudent. We took the losses for that and we said we’re not going to make that mistake again.
You need to be a reliable partner. A reliable partner means you need to offer service which will add value to the customer, but which gives sufficient cash back to us, so we can start re-investing and improving service continuously. I think we have done that. We’re probably not 100% there yet, but we will continue to focus on that.
Do you think that the finance team likes its new role in working with the sales team?
The question is not so much if the finance team likes their new role. I think that’s probably the wrong question. The question is more how do you transform your finance team from the traditional accounting function into that added value function. That’s what I’ve been trying to do. And some of the finance people don’t like to be taken out of their comfort zone.
I have had that challenge in a number of countries. You have probably seen it in a number of Asian countries, more than in Western countries. In some areas, still in many cases, they’re still traditional accountants who are often not comfortable standing up to business. You still see that. So what that means is, you need to transform your team by bringing in shared services and outsourcing certain functions.
Our added value is not coming from transaction processing anymore. Other people can do that for us. And we’re going to reinvest that efficiency in changing and training my team, sometimes changing them in bringing that value-added skill set.

You were talking about partnering with other companies to structure a deal in the best interest of the customer and BT. Does one part of the partnership have any effect on the other part? Do you offer preferential terms because you can offset the concessions with wins in other areas?
Each partnership is different. We used to have and we still have good partnerships with AT&T. They have a very strong U.S. network, we have a very strong European network. At the same time, AT&T is offering the same capability on managed services. So we are also competing with them.
Would you hesitate to go with some potential partners because they might move into your space tomorrow?
Yes, but it’s probably the other way around. For instance, let’s look at HP. There were some partnerships where we had partners and then at certain points through acquisitions, we said we needed to look at the strategic content of partnership, whether that’s still the same. A partnership now can be different tomorrow through acquisitions and through de-acquisitions or mergers.
Sometimes you acquire partnerships yourself through acquisitions. When we acquired a company in Singapore called Frontline, we acquired Sun [Microsystems] as a joint venture partner. And that’s very interesting because we’re also a customer of Sun, of their equipment. So sometimes through your global expansion, things might change really quickly without you even realising.
BT is looking into global partnerships. But you need to have local partnerships as well. That’s where we are a regional management team. I’m more involved in the local partnerships.
How important a deal breaker would corporate governance be or a weak balance sheet in partnerships?
Very strong. Very important. Even if they are a network supplier to you — for instance, let’s say their balance sheets are weak, so financially they’re not strong, if they’re not keeping their network up to date, because they can’t reinvest in the network, and the network is going to break down because it’s not up to speed — we can’t afford that because we have SLAs (service level agreements) and you can do your SLAs many times back to back with the local supplier, but it will still impact your total global relationship with that customer.
In your partnerships, on one side you’re a competitor, but also you’re working on joint ventures together. Was that a good way to get through the recession?
I think the recession probably accelerated [the idea of partnerships] because you can only spend one dollar in one place and if you can do things jointly you might be more efficient. And the recession also, for a lot of companies, will [drive them to] just focus to where they need to focus.
Partnership is probably a good strategy for other companies.
I think a lot of other companies are doing it. We’re not the only one. I see that more and more in the new world order: working together but competing in some areas. I think the ultimate beneficiary of that, as long as it’s transparent, is the consumer, because he gets better services and better prices. But you need to keep it transparent, you need to also regulate it, to protect the consumer.
PARTING WORDS
Finally, what would you say is the most important thing you have learned in your years as a CFO?
I read this quote somewhere: “Vision without action is a daydream; action without vision is a nightmare.” I see that many times in companies. If people come with great vision but don’t execute it, it’s meaningless. But there are companies that are continuously in execution mode, without a vision, without a strategy; it’s like the headless chicken.