How to Gain Tax Treaty Benefits in China 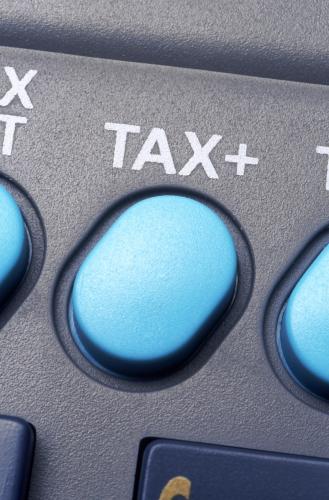 As part of what appears to be an on-going effort, the State Administration of Taxation recently issued Notice 124 (Administrative Measures on Tax Treaty Relief Claims by Non-Residents in the PRC -- Guoshifa [2009] No.124) and Circular 601 (Interpretation and Determination of “Beneficial Owner” Under Tax Treaties -- Guoshuihan [2009] No. 601), which provide for certain reporting and threshold requirements for overseas investors to qualify for tax treaty benefits.
Claiming Tax Treaty Benefits
Prior to the introduction of Notice 124, a company incorporated in Hong Kong generally only needed to produce a copy of its Certificate of Incorporation in Hong Kong or a Certified Extract of Information on the Business Register to the PRC tax authorities to prove their Hong Kong resident status to claim tax benefits under the Hong Kong-PRC tax treaty. In some instances, the PRC tax authorities require a Certificate of Resident Status from the Inland Revenue Department. Apart from these procedures, no further information was generally required by the PRC tax authorities for obtaining tax treaty benefits.
Notice 124, which came into effect on 1 October 2009, applies to all non-resident companies (and non-resident individuals) claiming tax treaty benefits. Notice 124 has introduced pre-approval procedures and detailed disclosure requirements for non-residents claiming tax treaty benefits on dividends, interest, royalty and capital gains derived from the PRC. However, non-residents claiming treaty protection in connection with any permanent establishments they may be considered to have need only provide the information for reporting purposes and may therefore adopt a filing position without the need for pre-approval from the PRC tax authorities.
The information required to be disclosed with respect to claiming preferential tax rates on payments made from the PRC includes:

Who Qualifies as ‘Beneficial Owner’?

It is a requirement under tax treaties concluded between PRC and other jurisdictions that the recipient of dividend, interest and royalty income must be the “beneficial owner” of such income to enjoy reduced rates of withholding tax on such income paid from the PRC.

The information requirements of Notice 124 would also assist the PRC authorities in assessing whether the non-resident should be regarded as the beneficial owner of the income.
Holding Structures
It is not clear whether in drafting Notice 601 that State Administration of Taxation specifically had investment funds in mind; it is possible that “investment holding” may be considered an acceptable business activity in its own right. However, this does not mean that a holding company with no substantive activities of its own will meet the requirements to be considered the beneficial owner of income it receives from the PRC.
For instance, there would be a real risk that treaty benefits would be denied where a holding company in a treaty jurisdiction has employees with no real decision making authority, and the company simply passes on the income it receives to a controlling parent incorporated and operating in another jurisdiction. Fund groups who establish holding companies with little substance of their own for the dominant purpose of obtaining tax treaty benefits should consider the appropriateness of such arrangements in light of Notice 601.
Notice 601 only relates to determining beneficial ownership for dividend, interest and royalties paid from the PRC. It should, therefore, technically not apply to determine whether a non-resident is entitled to treaty benefits with respect to capital gains. However, as the HK-PRC tax treaty, like many other treaties concluded by the PRC, allows the PRC tax authorities to apply its domestic anti-avoidance provisions to curb ‘treaty shopping’, funds should be mindful of substance requirements and the information requirements of Notice 124 when applying for tax treaty benefits on capital gains.
About the Author
KPMG is a global network of professional firms providing audit, tax and advisory services, with an industry focus.
Read more on
tax issues