How to Find and Keep the Best CFOs 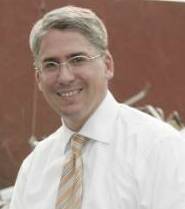 As founding entrepreneur of scrap metal company Hartwell Pacific, Stephen Hartwell Greer had to hire and fire a number of CFOs. Why? “The people that we hired from large multinationals had a difficult time in a fast growth start-up,” he explains. They were so used to having infrastructure around them and also failed to win over the existing staff, who resented the parachuting in of a big-shot, highly compensated finance chief.