How to Escape the Tyranny of Rising Office Rents 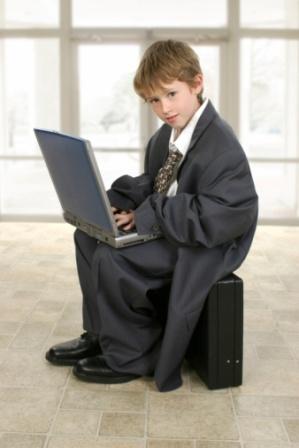 This may be the end of expensive office space as we know it. With the development of new communications technologies and an increasing trend toward web interaction, workers no longer need to be chained to their desk PC and fixed workplace. No longer will staff even need to be in the office other than to attend meetings.

Lessons in Chennai
Standard Chartered knows this better than anyone else. Its AWS program was first piloted in Chennai, where space had become severely limited. Rather than simply acquire another building, the bank developed a work-from-home strategy and then a plan to revamp workspaces.
The Chennai project provided a critical list of lessons from which the team created some key pillars that underpin the AWS strategy. These insights revolve around the need to make a business case to support the new way of working and have a clear understanding of the implications on governance and risk management. The Chennai experiment also highlighted the need for change management, technology enablement and workstation management.
These lessons helped create a standard blueprint that can be followed by other Standard Chartered operations in evaluating office and workplace plans. “Singapore was an example that followed these principles as we had some locations bursting at the seams, all with a non-uniform look and layout in the different locations,” says Nevin. The same principles are being adopted by a new building in London and another two buildings in Africa.
Nevin says the AWS scheme will be rolled out across the group as and when situations arise where real estate and workplace changes are concerned. A task force dedicated to leading such initiatives is also being created from the original team in Chennai, with an eye to consistently apply best practices across the group.

Video Working
At networking giant Cisco Systems, managing director for Singapore and Brunei Irving Tan estimates that he spends 60% of his working hours outside the office. He is as likely to be working from home as he is from clients’ offices or airport lounges. That portion of time he spends away from the office has been increasing steadily in the last three to five years, he notes.
Five years ago, the need to be physically present in the office was stronger, says Tan. Now, his 75-strong team recognises that they can work just as effectively from the client’s location, from a cafe or from home. “93% of my team are mobile workers,” he says. “Except for myself and my secretary, no one else has a permanent desk.”
But for this increased flexibility to work, culture change must occur at many levels, he cautions. “Managers would need to get out of the mindset that they need to see their team for eight hours a day. For a flexible work style to be successful, managers must judge employees by the results they produce. They must also believe in the professionalism of the employees.” For their part, employees need to understand the metrics they are measured against and work towards them accordingly.
The same flexi-work shift is also happening at Polycom, which develops video-conferencing solutions. “The challenge has been around a cultural shift that is required to move from a structure where you have your own little piece of turf and space in the office to a hotdesk and accepting the fact that office is a place where you only use a limited period of time in a day,” says Chris Taylor, senior regional director for ASEAN.
“This is harder in Asia as people feel their desk is an anchor in the office and the company – it provides a sense of belonging,” adds Taylor. “But productivity and return on real estate are now very important.”
The Next Wave
Cisco’s Tan says the flexi-work arrangement has allowed him to save 15-20% on real estate costs, which has helped the company cut 18% from total operating expenditures. In Singapore alone, the conversion to mobile working reduced energy consumption by 60,000 kilowatt hours a year.
The next phase for Cisco is to provide employees with business video capabilities. It is getting ready to roll out Cisco TelePresence capabilities in the homes of its senior executives. Chief Globalisation Officer Wim Elfrink was the first to have TelePresence installed in his home office in Bangalore three years ago. The company is prioritising deployments by business need, job roles and seniority.
At this point, while data can be accessed remotely, the team has few opportunities to see the people they are talking to, Tan observes. But that’s nothing new for him. “In my previous job, for a year, I didn’t meet the person who reported to me,” he says. At Cisco, Tan holds weekly meetings to promote team cohesiveness and encourages participation in the company’s corporate social responsibility projects.
Cisco believes video is the way forward for mobile working. CEO John Chambers now sends video messages. “Emails are easily misinterpreted,” says Tan. “Video can increase the recipients’ level of understanding.”
Polycom's Taylor believes that technology is now the key enabling piece that will allow this new work vision to mature into reality. “Video, unified communications, collaboration suites are all now coming into place and what people will use in this new work style will depend on each user's needs,” he says. “The days of managing by phone are over.” With luck, so will the era of ever spiralling office rents.
About the Author
Chee Sing Chan is editor-in-chief of Enteprise Innovation, a sister publication of CFO Innovation.