How to Do Business in China -- and Africa 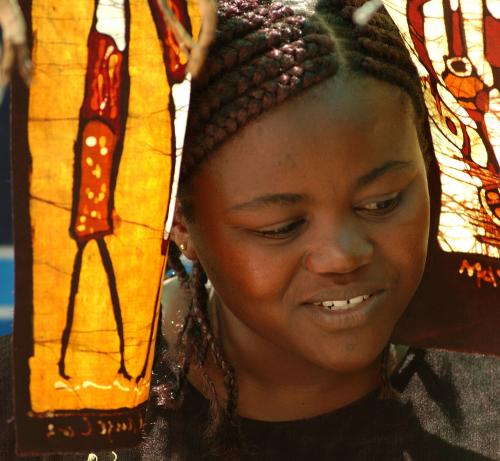 In Egypt over the weekend, Premier Wen Jiabao stepped up China’s courtship of African countries with promises to extend US$10 billion in concessional loans, debt cancellation and construction of 100 clean-energy projects. No one should be surprised. As consumer demand in the West withers, Chinese exporters are eagerly looking for new markets – including Africa’s 1 billion people.

China is now Africa’s third-largest trading partner after Europe and the U.S. “You do see a lot of companies, not just Chinese but also from other Asian countries, starting to come and set up shop,” says Jose Ribeiro, director, trade and global transactional banking, at South Africa’s Standard Bank. “In time you will see them building up into a bigger organisations.”
Ribeiro and Dipak Patel, Standard Bank’s global head for transactional products and services, spoke to CFO Innovation’s Cesar Bacani about the bank’s partnership with ICBC, China’s largest bank, and business opportunities for Chinese and other Asian companies in Africa. ICBC owns 20% of Standard Bank, which is the continent’s leading financial institution with branches in 18 African countries.
Trade between China and African countries surpassed US$100 billion last year, but it seems to be more oil and commodities coming out of Africa rather than Chinese products going into the continent.
Dipak Patel: In fact there’s a large number of Chinese businesses on the continent and we have quite a few of them as clients . . . We seek to match or pair in large part South African corporates, but now more and more Nigerian corporates, with potential partners in China who, once we make introductions between them, we could see that we become advisers to one or both of them, in order to pursue a potential merger or strategic partnership between them.
We all know that prior to the current economic crisis, China was probably the largest interested party in resources from the African continent, but secondly, Africa, in spite of its developing world status, was also seen by China to be an export destination.
Jose Ribeiro: You do see that a lot of the flows is raw material, yes, a lot of it going to China, but we also have a huge amount of goods coming from China into Africa. Garments, clothing, retail products – obviously, value-for-value, the shipping of oil and such [out of Africa] comes to much more, but you do see a lot coming in from China.
Typically, it’s the shop owners opening up shops, selling garments, selling things . . . not just Chinese but also from other Asian countries . . . They may be small retail SMEs today, but in time you will see them building up into a bigger organisations. You are also seeing bigger Chinese populations coming in. There’s a lot of construction taking place by Chinese companies in Botswana, in Ghana and Rwanda.
Would you say that Asian cultures, Chinese culture, are so different from African cultures that perhaps there are things both sides have to be sensitive to when setting up businesses and entering into partnerships?
Jose Ribeiro: That’s a tough one. I think at first you don’t know what you’re going to get. You know what you know through the media. When we first landed in Beijing, man, we were blown away. The architecture, the cleanliness, the people…it was unbelievable.
I saw a culture that is very driven to succeed, and there’s a lot of that in many different countries in [the African] continent as well. It’s the culture of ‘let’s get this thing done, let’s get this sorted out.’ Yes, there are differences. The language is quite interesting…you’re in a room with an interpreter…half our meeting was conducted in English, the other half we had an interpreter. So it’s these things.
Dipak Patel: The business relationships are on a commercial basis. I have been to Beijing in a year and a half, four times now. The relationship was [initially] difficult, of course. Language is an issue. Culture is an issue. Trust is an issue. But all the reports that I’m getting are pointing in the direction of all levels now understanding that we are ICBC’s strategic partner in the African continent, and certainly for us, ICBC is our strategic partner on the Chinese mainland.