How to Bridge the Cultural Gaps in the Global Office 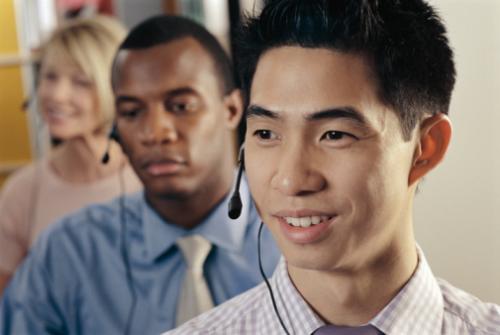 One effect of globalisation is that more and more, companies have to operate beyond their own home base. Employees of these companies have to learn to work across continents, time zones and cultures, with people of different nationalities, belief systems and mother tongues, towards common goals. When the inevitable pressure to grow and expand results in mergers and acquisitions, the multicultural mix becomes more volatile.

According to Natalie Turner, CEO and founder of The Entheo Network, this scenario is supported by some pretty sobering data. First, she cited a study conducted by David Norburn and Richard Schoenberg, both academics at Imperial College. It was found that, of all the European acquisitions made by the British companies surveyed, half were deemed to be a failure; and of all the factors that might have contributed to the failure, 90% were attributed to difficulties arising from cultural clashes.
Additionally, according to data that Turner had found from KPMG, half of the cross-border mergers and acquisitions destroyed shareholder value, and a further one-third made no difference.
The Entheo Network, a London-based consultancy with an office in Singapore, bills itself as a “leadership innovation company”. Turner has a client list that includes multinationals like American Express, Coca Cola, Nokia, Vodafone as well as her former employer, BT (British Telecom). She was speaking at a recent Wee Kim Wee Centre Lunchtime Talk, held at Singapore Management University on the 'Practical Challenges and Issues' of doing business across cultures.
Thick lens
Turner believes that culture is the “thickest lenses” through which an individual’s perception of the world is shaped. It is therefore essential to understand the impact that culture has on values and motivations, in order to harness diversity and improve overall team performance.
But while many companies could previously rely on structural management to resolve issues and demands, this no longer works in a global business environment. Rather, modern businesses need “responsive managers who can work through conflicting objectives”, and possess the ability to create innovative solutions in a ‘context of tension’, she said.
One might ask, why does culture matter so much? The answer and explanation lies in the word 'bias'. According to Turner, 'bias' is the “subconscious grid which tells us what we have to do, and how much, and when we need to do it.” This is largely shaped by culture, individual values, and is formed early in life, from around five years of age. From then on, this bias becomes internalised and manifests itself as a habit “with all its nuances”.
For example, in the UK, people naturally stand on the left of a moving escalator, leaving the right side free for those who want to move up or down quickly. While waiting for a bus, it is understood that an individual should join the end of the bus queue. But such orderliness may not be the social norm outside of the UK.
Similarly, as cultural factors will likely affect interactions and operations, it makes good business sense for the managers of global companies to understand the value systems of their team members, and build that into the hiring process. It is also important for the individual to “understand yourself, and know where you are, in values, in relation to the others,” said Turner.
Assessing values
Individuals in an organisation can be classified into four disparate value systems, illustrated below. 'The individual' exists at the centre of the four-point grid while the distinct value systems are broadly categorised as 'self enhancement', 'group dynamics', 'individual dynamics' and 'consideration for others'.

A person whose value system leans towards 'self enhancement' tends to be a go-getter – assertive, often taking the lead, and possessing status and power. If 'group dynamics' characterises the individual, he is likely to be disciplined, focused, favours a methodical approach, and works within the system.
The third type, 'consideration for others' describes a team player who understands others, listens to differing opinions, and strives for harmony and consensus. Lastly, a person who falls into the 'individual dynamics' category is often a risk taker; a proponent of new ideas, new ways of thinking – someone who is not averse to radical change.
For individuals, knowing and understanding such characterisations might not seem important. Managers, however, need to pay great attention to such details. “As a leader, it is important to know where you and the team are, in terms of individual values,” said Turner. Knowing this will allow managers to dissipate potential tension, boost efficiency, and tap their team members' strengths.
Despite the personas that people might put on at work, their inner values will inevitably manifest in various ways, said Turner. A company that has pressure on productivity and profitability will need a leader high on 'self enhancement'; whereas for companies where innovative products or services are needed and aggressively pushed through, a person with strong 'individual dynamics' will obviously be a better choice, compared to someone who does not want to rock the boat.
Although the four-point grid was initially used by Dutch and French psychologists and sociologists to discuss shifts in cultural trends in the 1970s and 1980s, it is still relevant today, in charting the macro differences across cultures, said Turner. Generally, people from Anglo-Saxon-dominant locations like the US, UK, Australia, New Zealand and Canada would be high on 'individual dynamics' while people from Scandinavia hover closer to 'consideration for others'. Business people from China, Singapore and Malaysia tend to be clustered between 'group dynamics', with slight leanings towards 'self enhancement'.
Beyond the theoretical aspects, Turner also shared a simple case study on how potential conflicts could arise due to difference in values among a multicultural management team. Her hypothetical company management team comprises a CEO and Head of Sales from the UK, Head of Operations and Head of Human Resources from Scotland, Head of Marketing (Middle East) from Greece and a Head of Marketing from the Netherlands.

Both the CEO and Head of Sales are high on 'individual dynamics' while the Head of Operations is high on 'self enhancement'. However, the Head of Marketing (Middle East) is isolated both geographically and culturally from the other decision makers. The Dutch Head of Marketing might do a better job if he were more aggressive, while the Head of Human Resources would definitely do a better job if he had more 'consideration for others', Turner argued. But of course, the real world is far more complicated, less straightforward. Furthermore, challenges of these sorts compound as organisations get bigger and are spread further apart, geographically.
Bridging gaps
People may adapt their behaviours to fit the context or role they know they have to play, but research has shown that values tend to be quite static, Turner said. With that in mind, she believes it is important for “management to motivate to the value system, not the behaviour”. It might be useful here to pay attention to the complex subtleties, and to communicate concerns arising from observations amongst team members.
Also, in tandem with economic developments around the world, generic value systems have shifted across geographies. Management needs to understand the implications of these shifts, Turner noted. For example, Japan is moving away from its traditionally strong hierarchical structure towards 'self enhancement'. She pointed out that, previously, junior members of the staff would be expected to remain silent at meetings, in deference to senior members. This is no longer the case today.
So how should one close the gaps? Corporate therapy sessions are helpful to bridge the cultural divide, said Turner. There, participants can learn about different perceptions and values, and also pick up relevant communication skills. Speed networking sessions, similar to speed dating, are also useful to close the chasm. Using role play, participants are asked to “sell” their value propositions that make them most suitable for their coveted role. They are also asked to examine how they can do a job better. This is an exercise that helps everyone learn more about the value systems that each individual brings to the organisation, she said.
“At the end of the day, we are more alike than different,” noted Turner – and this is the kind of understanding that is needed for companies to succeed across cultures, albeit with some moderation in behaviours, not value systems.
About the Author
[email protected] is an online resource that offers regularly updated business insights, information and research from a variety of sources, including interviews with industry leaders and Singapore Management University faculty. The resource can be accessed at http://knowledge.smu.edu.sg.
Read more on
business culture