How to Avoid the Mistakes of Past Recessions 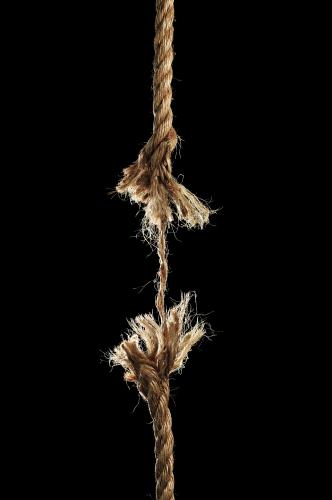 It’s an old saw that CFOs should be thinking about today as they watch with unease the wild gyrations in stock, bond and currency prices because of the uncertain prospects of the real economy. Will there be a global recession or just an economic slowdown? Will an economic contraction, if any, only be a ‘Western Recession,’ with Asia and other emerging markets continuing to grow, albeit at a more moderate pace?
No one really knows the answer, but it is never too early to plan for contingencies. If indeed there is a double-dip global recession or, more likely, a marked economic slowdown, how may the economies where a company operates be affected and how long will the tough times last?
When the US Catches Cold
Bank of America Merrill Lynch is trying to read the tea leaves by analysing Asia’s past growth patterns and linking them with slowdowns and recession in the US. The bank’s conclusion: “Asia, including ASEAN, is resilient, but not immune to a US slowdown or recession.”
In an economic slowdown in the US, a 1% fall in American GDP growth trims economic growth in Singapore by -1.7%, in Malaysia by -0.8%, in Thailand by -0.4%, and in the Philippines and Indonesia by an identical -0.3%. On average, about 0.7% is lopped off Asian GDP growth.
The impact becomes much worse when the US economy actually contracts. In a US recession, a 1% fall in American GDP growth trims -2.4% off Singapore’s growth, -1.7% in Malaysia, 1.3% in Thailand (the same as the Asian average), -0.8 in the Philippines and -0.5% in Indonesia.
Click image to enlarge
Asia's Sensitivity to a US Slowdown and Recession

How likely is a US recession? As of 19 August, BofA Merrill Lynch’s US team reckoned that the chances in the next 12 months that America’s GDP will contract was at a significant but not overwhelmingly high 35%. The US economy is only “one shock away from a recession,” they warn. A modest worsening in current financial conditions or in unemployment could well tip the balance.
Asia Gets the Flu
If indeed the US tips into recession and Asia then gets sick as well, the region’s CFOs should prepare for a hospital stay. BofA Merrill Lynch examined Asia’s four most recent crises – the 1997-98 Asian financial crisis, the 2001-02 technology recession, the 2003 SARS downturn, and the 2008-09 global recession – and found that the tough times lasted from 10 to 12 months on average, depending on the economy.
The most exposed to the global economy, tiny Singapore saw its peak-to-trough economic growth fall by mid-teens in three of the past four economic crises. Malaysia, another small country with high exposure to export markets, experienced double-digit falls in three of the four crises as well.
Except during the Asian Crisis, Indonesia and the Philippines have been much less affected, even during the 2008-09 global recession (Indonesia: down -2.1%; Philippines: -6.3%). Thailand, which has been grappling with political uncertainty during the same period, saw GDP growth fall -13.3% peak-to-trough.
On average, Indonesia and Thailand were the fastest to recover in the past four recessions (both 10.5 months; excluding the Asian Crisis, both just six months). Singapore, Malaysia and the Philippines took longer.
If you exclude the Asian Crisis, Indonesia has been the most resilient economy within ASEAN during the past recessions, BofA Merrill Lynch concludes. A summary of the findings on peak-to-trough percentage point change in GDP growth is shown in the table below:
Click on image to enlarge
Peak-to-trough % Point Change in GDP Growth in Past Recessions

Inflation and Policy Rates
Another interesting finding is the effect on consumer prices. “Recessions are deflationary,” says BofA Merrill Lynch. “Inflation has fallen, on average, by about 5% points from peak-to-trough in the past recessions.” The table below summarises the peak-to-trough percentage point change in inflation in ASEAN in the past four crises.

Peak-to-trough % Point Change in Inflation in Past Recessions

The analysis also found that policy makers in ASEAN generally cut policy rates late in a recession – they wait for evidence that GDP growth is significantly decelerating and inflation pressures are abating before making the first cut.
“Historically, Indonesia and Philippines have been more aggressive in the past policy rate cut cycles, followed by Thailand and Malaysia,” notes BofA Merrill Lynch. The table below summarises the peak-to-trough percentage changes in policy rates in the past four crises.
Click image to enlarge
Peak-to-trough % Point Change in Policy Raets in Past Recessions

What Should the CFO Do?
What does this all mean for businesses? BofA Merrill Lynch believes that “a recession, if it does materialize, will likely be of the milder rather than the more severe form.” If true, the impact on economic growth, duration, inflation and policy rates will probably be closer to that seen during the 2001-02 tech recession or 2003 SARS slowdown rather than the 1997-98 Asian crisis or the recent global recession.
Even so, CFOs should still plan on the company losing pricing power because of the ensuing deflationary environment. It is a good idea, when recession hits, for enterprises in the affected economies to come up with creative ways of cutting prices without unduly hurting quality or damaging the bottom line – using less expensive packaging materials, say, or packaging products together to be priced at a discount.
If the recession is relatively mild, the focus should be on cost management – cutting back office expenses, seeking rental discounts, seeking lower supplier spend, etc. – rather than on more draconian measure such as reducing headcount or shutting down capital investment. Withdrawing from new markets and letting people go could be more expensive in the long run when economic growth then resumes relatively rapidly (after nine months in Singapore during SARS, for example).
Every company is unique, of course, and so each one’s response to recession is unique as well. One thing is universal, however: Knowing what to expect can give an enterprise a leg up in the constant drive for competitive edge, in good times and in bad.
Mining Asia’s past recessions for lessons to be applied in future crises is not a bad way to prepare for any coming storm.
About the Author
Cesar Bacani is Editor-in-Chief of CFO Innovation.
Read more on
economic outlook ASEAN