How IFRS Is Changing the M&A Game 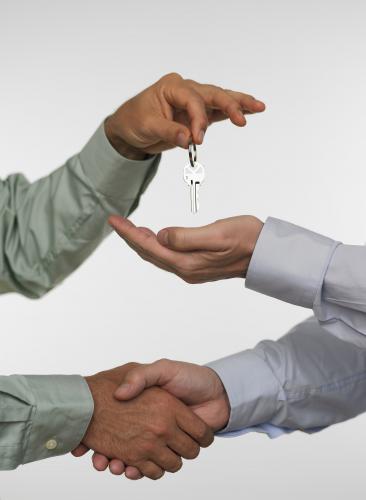 For many people, International Financial Reporting Standards (IFRS) appear as yet another game for accountants. Bankers, lawyers and investors should now be considering playing this game, too. IFRS 3 Business Combinations is a new accounting standard that became applicable to M&A deals closed on or after January 1, 2010, if the acquirer is located in Hong Kong, Singapore or any of the 110 other jurisdictions that have adopted IFRS.

The new standard has been prepared by the International Accounting Standards Board (IASB) based on two key principles: 1) the acquired business should be measured based on its fair value and 2) taking control of a business is a critical event that should be reported as such to investors.
Implications on M&A
The consequences of these two principles are numerous. Let’s consider the main impact.
Transaction costs to be expensed as incurred. Considering the acquired business based on its fair value means that it should be estimated on a stand-alone basis. In other words, the value of the business acquired is not different because the deal was structured by one law firm or the other. As a consequence, the acquirer will have to record all the transaction costs in its P&L as incurred. In the past, those costs would have been included in the cost of the deal (i.e. in the goodwill).
It is certain that acquirers will now regard fees differently as their bottom line will be impacted irrespective of whether the deal is concluded or not.
For example, assume that Holding plc is planning to acquire Target Ltd. By year end 2010, the deal is not yet closed, but Holding Plc incurred fees from its lawyers of US$500,000. The deal is concluded in early 2011. Lawyers receive a success fee of US$2 million. The P&L of Holding plc will be hit with an expense of US$500,000 in 2010 and US$2 million in 2011. Had this deal been concluded before January 1, 2010, these costs would have been included in the goodwill related to the acquisition of Target Ltd.
Target to be measured at 100%. The acquired business should be measured at its fair value. Because taking control is a critical event, the acquired business should be reported at its fair value at 100%. It makes no difference if the parent holds 60%, 75% or 100% of the shares. As a result, the acquired business should be reported as a whole and not to the extent of the percentage of ownership. In other words, the acquired business will be reported on the same basis as the one used in the newspapers to announce the value of the deal.
For example, Holding plc launches an offer on Target Ltd. The offer is US$11 per share, which values the whole company at US$1.4 billion. The amount of US$1.4 billion will be used to report the deal, provided Holding plc takes control of Target Ltd., but irrespective of the actual percentage of interest Holding plc gets.

It should be noted that, for deals closed before 1st January 2010, the value of the deal was recognised based on the actual percentage of interests the acquirer gained in the acquired business.

Step acquisitions to be revalued on the date the acquirer takes control. The reporting should not be influenced by the fact that the deal was achieved in stages. There is only one fair value, which is determined when the acquirer takes control.
In case the acquisition was achieved in stages (often referred to as ‘step acquisitions’), the previously held investment is revalued as of the date that the acquirer takes control. The revaluation is recorded in the P&L.
For example, assume Holding plc acquired 15% of Target Ltd. in 2008. At that time the market cap of Target Ltd. was US$600 million. In 2009, Holding plc acquired an additional 25%. At that time, the market cap was US$800 million.
In 2010, Holding plc takes control of Target Ltd. by acquiring an additional 20% stake. The market cap of Target Ltd. is now US$1 billion. The deal will be reported using the value at 100% as of the date of control, which is US$1 billion. Due to the fact that Holding plc had previously acquired stakes in Target Ltd., the impact of the revaluation on the P&L is:
15% x (US$1bn – US$600m) + 20% x (US$1bn – US$800) = US$100m
Earn-out to be estimated by the time the deal is closed. As part of the negotiation, the parties may agree on earn-out payments, which will be paid provided certain agreed parameters are met – such as a specific level of turnover or margin and the renewal of specific contracts.  Despite these payments being subject to specific items occurring or not occurring in the future, earn-outs are part of the valuation of the acquired business. As such, they should be included in the initial estimation. In case they are not included, they should be recorded as a loss on the P&L by the time they are paid.

Holding plc should estimate the earn-out by the time the deal is closed. Otherwise the amount paid (whether it is US$50 million or US$100 million) will have to be reported as a loss in 2012.
What is ‘Control’?
The critical element of this new way of reporting M&A deals is the assessment of control. The definition of ‘control’, according to IFRS 3, is very broad. Control is the power to govern the financial and operating policies of a business in order to benefit from its activities. There is no connection with any companies act, code of commerce or other legal regulation. Even though there is some guidance in IFRS on what is control in practical terms, it is a matter of judgment. Judgment should be based on facts. When it comes to control, facts are essentially identified from the contract concluded between the parties: share purchase agreement, by-laws, shareholders’ agreement and so on.
Usually, control exists when one party has more than half of the voting power. But control may also exist even if one party owns less than half of the voting rights but 1) controls the financial and operating policies by virtue of an agreement, or 2) can appoint or remove the majority of the members of the board.
Critical Legal Elements
For CFOs involved in an M&A deal, it is critical to talk to lawyers prior to any closing. Indeed lawyers have the keys of the design of the deal. As a result, they have also the keys of the reporting of the deal in their client’s financial statements. They should take advantage of this situation ahead of the deal to make sure the reporting will be in line with the design. Once the deal is closed, it is too late.
As an example, Mazars has been working with lawyers for years all around the world in order to analyse the draft designs of deals and assess ahead of the closing impact on the financial statements of the acquirer.
The rights of each party can be split into two categories: 1) protective rights and 2) participating rights. Protective rights enable the holder to protect its investments from the decisions of the controlling party. Protective rights do not enable the holder to control the business. Participating rights give the holder the capacity to control the business. The key question is whether the holder can exercise control alone or together with additional parties.
Examples of protective rights include veto rights on modification of by-laws or modification in the nature of the business.
Examples of participating rights include decisions on the annual budget, investments and divestments, declaring dividends, launching new businesses, etc.
IFRS is no longer a matter reserved for accountants. IFRS will have a direct impact on the way lawyers design M&A deals and draft governance principles. At Mazars we advise lawyers to test their draft governance prior to conclude the deal. It is the only way to make sure there will be no surprise given the existing standards and the standards the IASB is currently preparing.
About the Author
Pascal Jauffret is Partner at Mazars and Head of the Mazars IFRS technical team, supervising IFRS conversion in Indonesia, India, Malaysia and South Korea. He is based in Hong Kong and Singapore.
Read more on
IFRS 16 M&A professional development