How Companies Can Do More With Less 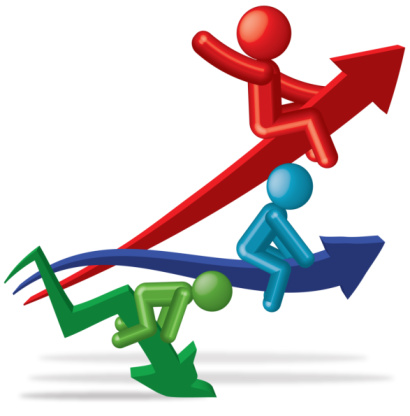 For the past two decades, Accenture managing director Mark George has led Lean Six Sigma initiatives at more than two dozen Fortune 1000 companies. The CFO, he says, played a key role in all these implementations, which aim to achieve operational speed, quality, cost reduction and customer satisfaction.

You have to analyse your processes and build in greater degrees of agility and flexibility. Sometimes all that means is looking at the process, identifying the complexity hotspots and pinch points, and then adding some strategic capacity at those pinch points. Sometimes all it means is some cross-training. But many organisations don’t understand the relationship that processes, offerings and customers all have together. Many times we look at a process by itself.

The minute you add the many dimensions of all the offerings as they flow through a process, and all those customer requirements that process is required to serve, you can see why growth can actually lead to lower overall margin. You’re not growing agility and flexibility at the same pace you’re growing your offerings and your customer base.
What are the challenges that companies on the growth path face when they decide to improve business processes at the same time that they are expanding?
They should resist the temptation to encumber, to over-leverage and just buy capacity when in fact they may have spare capacity. Even when you’re in growth mode, you can find ways to rationalise capacity and then start manufacturing new products in the plant that you freed up.
One of the things we find [in Lean Six Sigma implementation] is that organisations tend to have the biggest challenge around resourcing. Once they understand what the methodology is about, once they understand the tools and the logic and the way they work, most people tend to embrace them especially if you had done a good job building the business case for change. The one area that people tend to truly have the biggest pain is in resourcing. How do we get people working on these projects? We’re already doing too much, we don’t have enough people, etc.
What you can do is rely on partners like the finance community to uncover initiatives that are already going on. You can then use [Lean Six Sigma] methodologies and structures to effectively empower the people that are already trying to drive change through the company.
Many organisations lack the strategic focus to understand based on the strategy of the company or the organisation based on where we are today, what are the few things we need to focus on? And many organisations are very fragmented when it comes to having true focus on where they should be applying their energy and their resources. And so we believe that the finance community can be a valued partner in helping provide that focus and then with that focus comes the resourcing.
That’s why you refer to the finance function as a key success factor in Lean Six Sigma implementation.
You need to understand what the value levers are, where the information is that helps us understand which offerings are creating value, which ones are destroying value. You need to partner with two organisations, IT and finance. Those two organisations end up being critical partners for [the company] to make the right decisions, to get the data, to understand where value opportunities lie and then to be able to translate those into actionable projects.
If you’re going to have a formal process improvement or Lean Six Sigma programme, you need to have a PMO [Programme Management Office] or Centre of Excellence. One member of that team should be the Money Belt. [In Six Sigma, the team leader is the Black Belt while the team members are Green Belts]. The Money Belt is the liaison between the finance function and the business process improvement team; he or she is basically the conduit.
The Money Belt provides vital finance information that allows [the PMO] to pick the right projects. No. 2, they also help validate the savings. So when someone says, “I believe that we improved the capacity at our alcohol plant from 70% to 84% and if we do that across 20 plants, we can avoid building three new factories,” that’s a pretty bold assumption. There needs to be a high degree of validation to make the cause and effect correlation between those two.

You need to have someone in the PMO or in the Centre of Excellence with a high degree of understanding of the finance function, not only to provide the information but also validate the assumptions. You want the Money Belt there to help you remain vigilant as the projects are advancing, as you collect data, to make sure that all of the initial assumptions, not just in the benefit but in the effort required, are what you thought they would be. All the Lean Six Sigma tools in the world won’t give you that if you don’t have that vital liaison between business improvement and the finance community.